Myanmar security forces killed 18 protesters and wounded over 30 others around the country on Sunday, in the bloodiest day since a military coup ousted Aung San Suu Kyi's elected government one month ago, according to a U.N. agency. 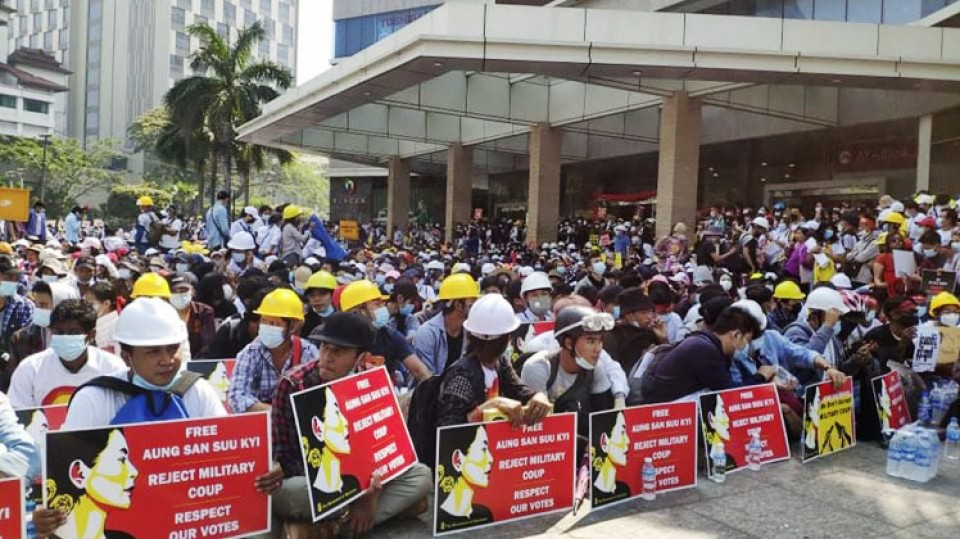 "We strongly condemn the escalating violence against protests in Myanmar and call on the military to immediately halt the use of force against peaceful protestors," she said.

"The people of Myanmar have the right to assemble peacefully and demand the restoration of democracy. These fundamental rights must be respected by the military and police, not met with violent and bloody repression," she said.

Shamdasani said over 1,000 individuals have been arbitrarily arrested and detained since the Feb. 1 coup, including political officials, activists, civil society members, journalists and medical professionals.

On Sunday alone, state media reported that 571 who were at the demonstrations were arrested.

"We reiterate our call for the immediate release of all those arbitrarily detained, including members of the democratically elected government," she said.

State media confirmed that one protester was killed in the largest city Yangon. It marked the first time for a protester to be killed there since the coup.

Prior to Sunday, three people had been shot dead in the series of demonstrations that began Feb. 6.

On Feb. 20, riot police killed two people in the nation's second-largest city Mandalay. Their deaths came a day after the first protester since the coup died in hospital in the capital Naypyitaw after 10 days on life support.

Meanwhile, a woman who was reportedly shot dead Saturday in Monywa in the central part of the country was since found to be hospitalized in serious condition.

The military, which has a history of suppressing the democratization movement, had insisted it was exercising "maximum self-restraint and minimal use of force."