Japan is considering halting new assistance projects in Myanmar for the time being in response to the military coup earlier this month, government sources said Thursday, as international criticism mounts of the takeover.

Japan, a major donor to Myanmar, has joined other Group of Seven advanced economies in condemning the coup and the Myanmar security forces' use of violence against peaceful protests. 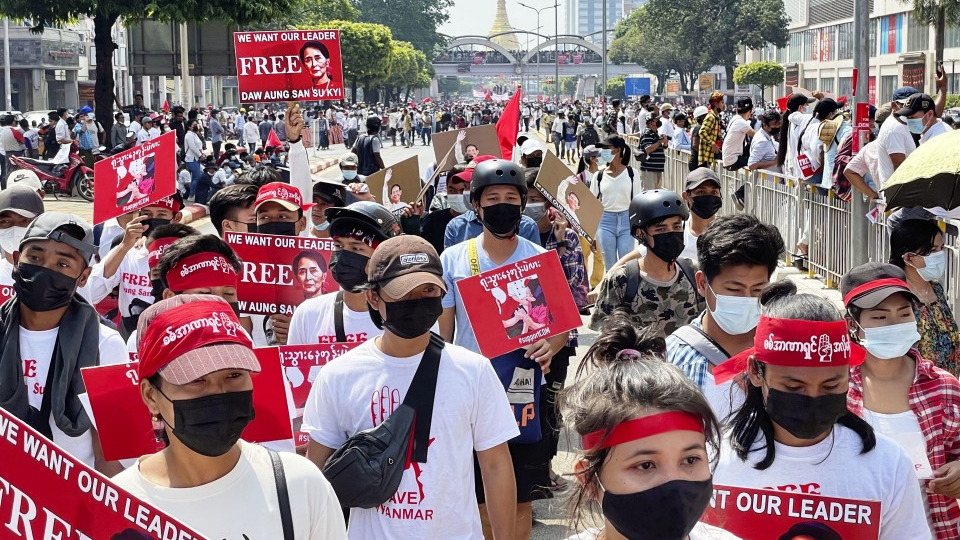 But unlike the United States and Britain, Japan is reluctant to impose sanctions on Myanmar military officials in light of its longtime ties with the armed forces and its policy of promoting investment in the country.

Japan is expected to carefully decide on which projects to suspend, wary that China will take advantage and increase its clout in the Southeast Asian nation.

"If Japan stops its support for infrastructure building projects or its investments in local businesses, it will give China a chance to step in," a Japanese Foreign official said.

Unlike its G-7 partners, Japan has maintained connections with both the military, known as the Tatmadaw, and ousted civilian leader Aung San Suu Kyi's party, the National League for Democracy, according to Japanese Foreign Ministry officials.

In the ministerial talks, Japan and Brunei, the chair of the Association of Southeast Asian Nations this year, expressed grave concern about the situation in Myanmar and agreed to closely cooperate, the ministry said.

Japan extended official development assistance totaling nearly 190 billion yen ($1.8 billion) in fiscal 2019, by far the largest among the 30-member Development Assistance Committee of the Organization for Economic Cooperation and Development, according to the Foreign Ministry. China has not disclosed its assistance figures for the country.

Some 450 Japanese companies, mainly in the manufacturing sector, operate in Myanmar, up from 53 in 2011. Japan is the fifth-largest foreign investor in Myanmar, following Singapore, China, Hong Kong and Vietnam, according to data by the Myanmar government.

Japan plans to continue emergency assistance offered through international organizations and nongovernmental organizations such as for combating the coronavirus pandemic, the sources said.