A woman who was participating in a demonstration against the Feb. 1 coup was shot dead Saturday in Monywa in the central part of the country, local media outlets reported.

However, there was confusion about her condition after another media outlet corrected an earlier report, and now says that the woman is alive but seriously injured. 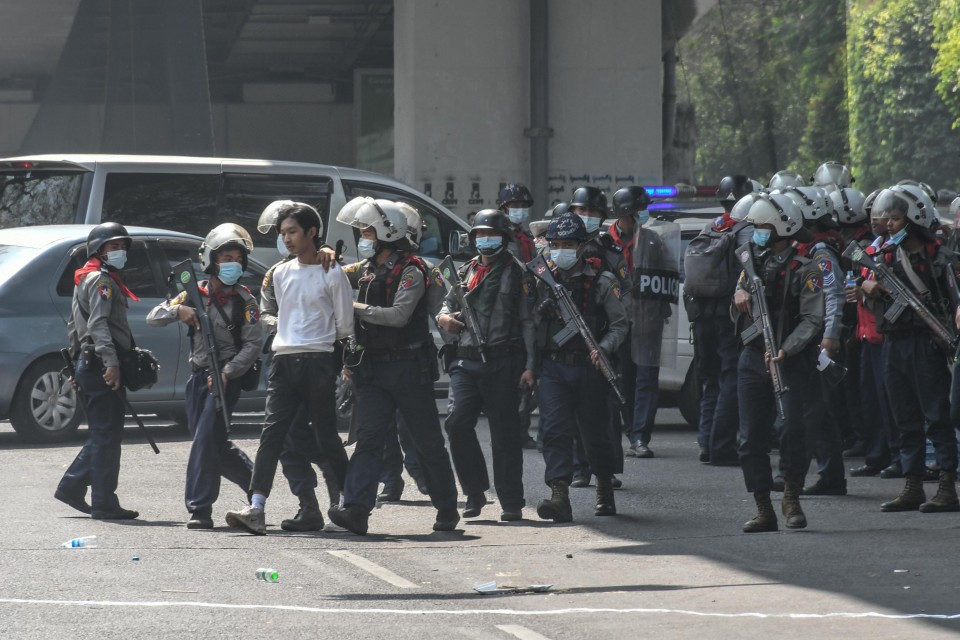 According to reports, in addition to the woman, several other demonstrators were injured. The woman is believed to have been shot by security forces, who were reportedly dispatched to disband demonstrators in the area and repeatedly discharged a water cannon.

At least three other protesters have been shot dead by security forces in the capital Naypyitaw and the second-largest city Mandalay during the sweeping demonstrations against the military takeover that began Feb. 6.

Security forces have stepped up their crackdowns on the protests, detaining about 200 people nationwide on Saturday, including about 140 in the largest city Yangon, according to the reports.

Three journalists, including a Myanmar photographer from The Associated Press, were among those detained in Yangon, the reports said.

Tensions have also been mounting as uncertainty remains over the whereabouts of ousted leader Aung San Suu Kyi, who was moved from her home in Naypyitaw last Saturday to an undisclosed location, a local news outlet reported Friday, citing sources within her National League for Democracy party.

The military had been keeping Suu Kyi at her home since it detained her and other top government figures in early morning raids as part of its coup.

In a speech to the U.N. General Assembly in New York on Friday, the ambassador implored the international community to "use any means necessary" to stop the military from continuing to crack down on civilians.

The United Nations, however, is unlikely to take in-depth measures, such as introducing sanctions on Myanmar, partly because China, a permanent member of the U.N. Security Council with veto power, continues to avoid leveling criticism against the coup.

A diplomatic source said the likelihood that the Security Council will slap sanctions on the Southeast Asian country is "unrealistic."