Ace right-hander Tomoyuki Sugano said Friday his decision to return to the Yomiuri Giants of Japan's Central League was influenced by the coronavirus pandemic's impact on the major league.

The Giants permitted Sugano to play overseas via the posting agreement between Major League Baseball and Nippon Professional Baseball, provided he signed an MLB contract by 5 p.m. on Thursday in New York. 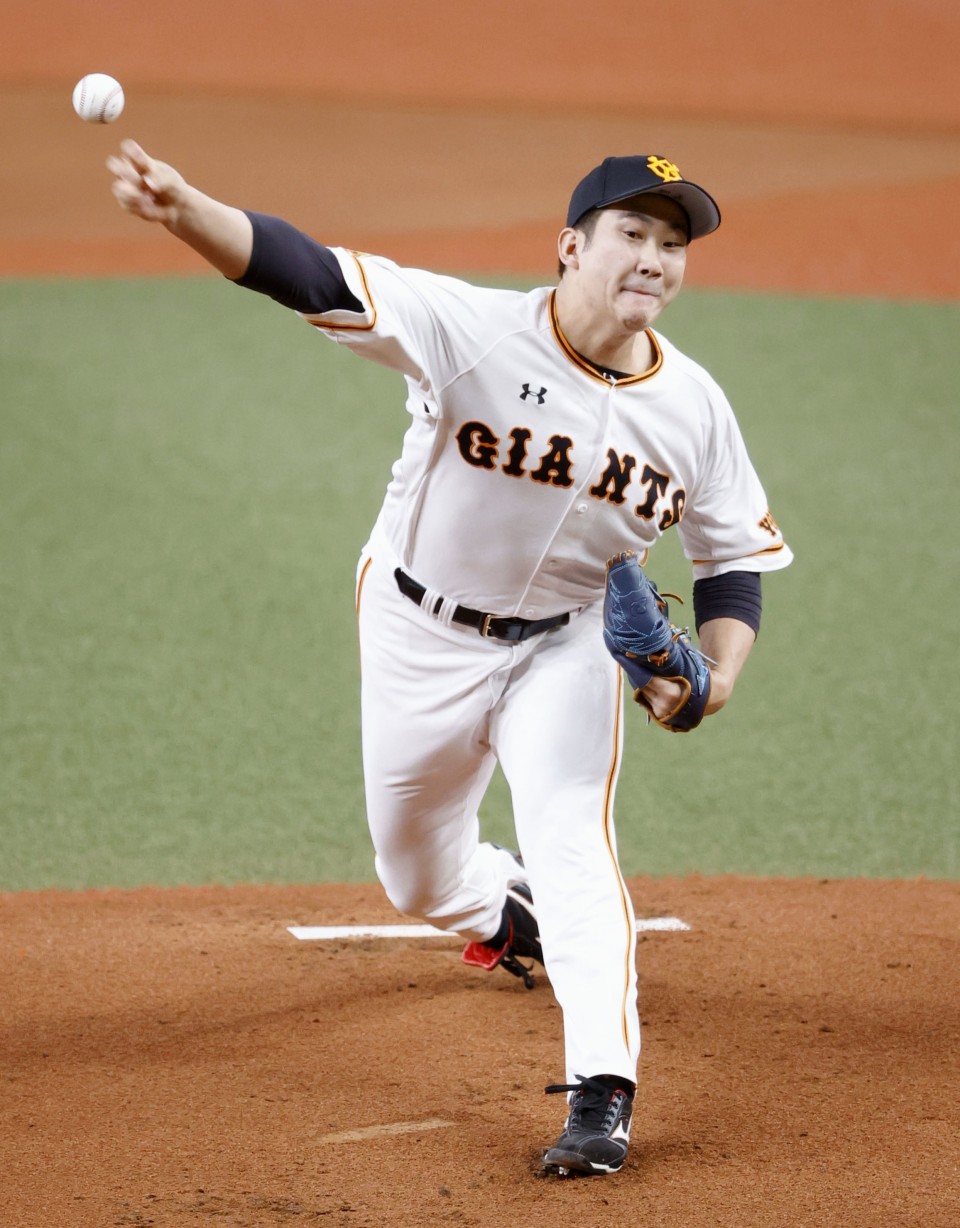 Tomoyuki Sugano of the Yomiuri Giants pitches in Game 1 of the Japan Series against the SoftBank Hawks at Kyocera Dome in Osaka on Nov. 21, 2020. (Kyodo) ==Kyodo

"I concluded I would play for the Giants this season, too, after assessing the trends in the majors due to the novel coronavirus," Sugano, 31, said in a statement released by the Giants.

While every NPB team completed a trimmed-down 120-game regular season in 2020 with fans in the park for most of those games, MLB's 2020 regular season was cut to 60 games played behind closed doors. And while Japan's teams continued to operate in more or less the same way, many MLB clubs have responded to the pandemic with drastic restructuring.

A major league source, whose team was seeking to sign Sugano, said the pitcher's final choice came down to either the San Diego Padres, who recently acquired Japanese star Yu Darvish, or a return to Japan. In the end it seems, security in an unusually uncertain world, swayed Sugano's decision.

The Giants posted their ace after he went 14-2 with a 1.97 ERA in 137-1/3 innings this year and won his second CL MVP award. He is also a two-time winner of the Eiji Sawamura Award, given to Japan's most impressive starting pitcher, receiving the accolade in 2017 and 2018.

Sugano is 101-49 with a 2.32 ERA in 1,360 innings in an eight-year career spent mostly under manager Tatsunori Hara, Sugano's uncle, who welcomed his return in a club-released statement.

"He's the ace of the Giants, our rotation anchor, and I'm happy that we will compete together. As a manager, this is the best possible outcome," Hara said.

Chunichi Dragons lefty Yudai Ono, who beat out Sugano for the 2020 Sawamura Award, said he was happy his rival would be back.

"I suppose he didn't sign a contract, considering so many different things, and being conflicted," Ono said. "This livens up Japanese baseball. I am going to approach this season with the will to take on Sugano and the Giants, and come out on top."

A highly sought-after pitcher in university, he vowed that he would only turn pro with the Giants, then also managed by Hara, or with a major league club. Sugano was as good as his word and sat out the 2012 season when the Pacific League's Nippon Ham Fighters won his negotiating rights in the 2011 draft.

Sugano is only the second player posted by the Giants following last year's shock move by right-hander Shun Yamaguchi, who signed with the Toronto Blue Jays.