Yu Darvish is excited to compete for titles with the San Diego Padres following his move in a blockbuster trade deal from the Chicago Cubs, the 34-year-old pitcher said Thursday.

In an emotional online press conference, Darvish expressed shock at the suddenness of his departure from the Cubs in a seven-player trade deal on Tuesday, but said he was pleased to land with the National League West runners-up. 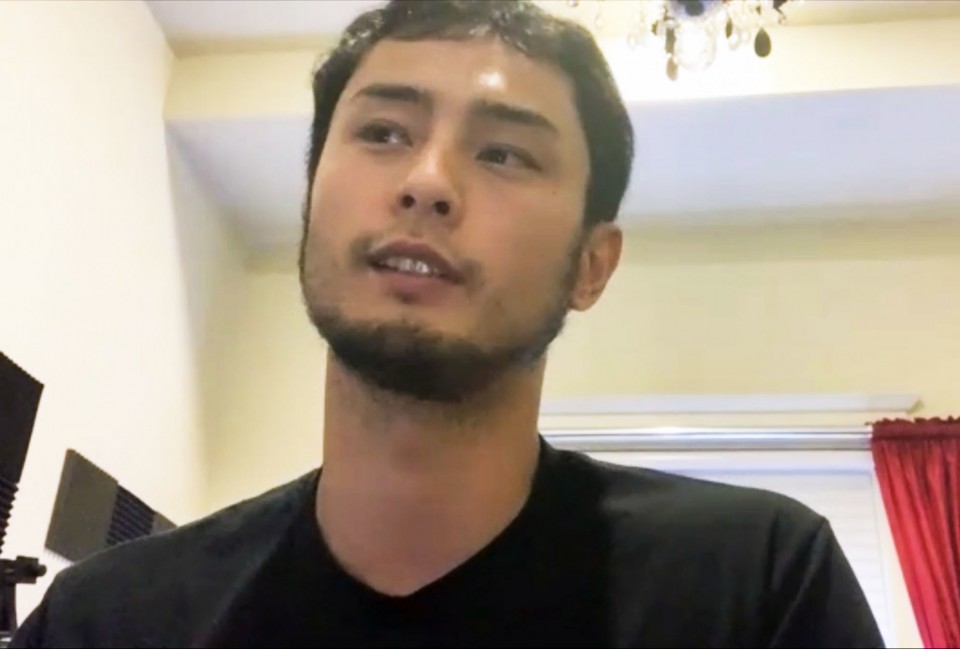 Japanese pitcher Yu Darvish discusses his trade from the Chicago Cubs to the San Diego Padres in an online press conference on Dec. 31, 2020. (Kyodo)

"I think they're one of the best teams right now. I'm really happy," said Darvish, now with his fourth major league club.

Fielding a question from a Cubs beat reporter, Darvish became tearful recalling how he was "really helped by the people around" him during his three years in Chicago.

"(The trade) was all decided in a day, so it was a big shock," said Darvish, who admitted he had wanted to stay with the Cubs.

"My son was crying a lot at having to leave Chicago, but I probably cried 100 times more than him."

But the Osaka Prefecture native is eager to join a potent pitching rotation, including 2018 Cy Young Award winner Blake Snell, with the Padres, who reached the playoffs for the first time in 14 years last season.

"I think I can contribute a lot, so I'm looking forward to it," the right-hander said.

He became the first Japanese pitcher in the majors to lead either league in wins as he tied Cleveland Indians ace Shane Bieber for most victories.