The Hanshin Tigers, one of Japan's longest-established pro baseball franchises, is expanding its reach into the community by forming a women's baseball team this offseason.

Former Tiger Yuya Nohara will serve as manager of the "Hanshin Tigers Women" in the team's inaugural 2021 season, which starts with preseason training in February and competitive games after April. 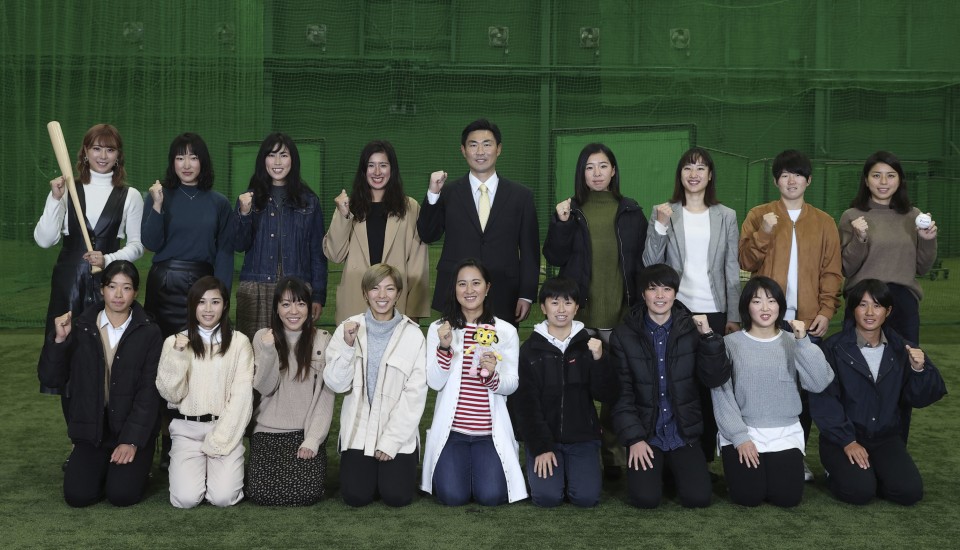 "We're going to try hard to promote women's baseball," Nohara said. "We want to set an example for boys and girls nationwide."

The nonprofessional club team chose 17 players from a tryout and will take part in tournaments organized by major bodies including the Women's Baseball Federation of Japan.

Players have day jobs on top of their commitment to the game and report for group workouts once each weekend. For individual workouts, the plan is for players to have access to team facilities when the Tigers are on the road and not using them, including the indoor facility adjacent to historic Koshien Stadium.

Outfielder Iori Miura, a four-time batting champion in the professional Japan Women's Baseball League, said the number of women's baseball teams is growing in the densely populated Kanto district in eastern Japan that contains Tokyo, but there are not as many where the Tigers make their home in Kansai, which includes Osaka, Kyoto and Kobe.

"I've seen many girls quit due to the lack of a baseball-playing environment. I'm grateful (to Hanshin) for giving women's baseball a chance," said Miura.

The left-hand-hitting Miura has spent 11 years as a pro since the JWBL began play in 2010.

Minami Takatsuka, another outfielder who made the team, is also a well-known name in women's baseball in Japan.

"The number of elementary and junior high school girls taking up the sport is increasing," Takatsuka said.

"We get to wear the same uniform as (the Hanshin Tigers) pro players. For kids, this is a different dream from (just) joining a women's pro team. We hope this becomes a place for them to strive for," she said.