Tournament debutants Vissel Kobe advanced to the semifinals of the Asian Champions League on penalties 7-6 after a 1-1 extra-time quarterfinal draw with South Korea's Suwon Samsung Bluewings on Thursday. 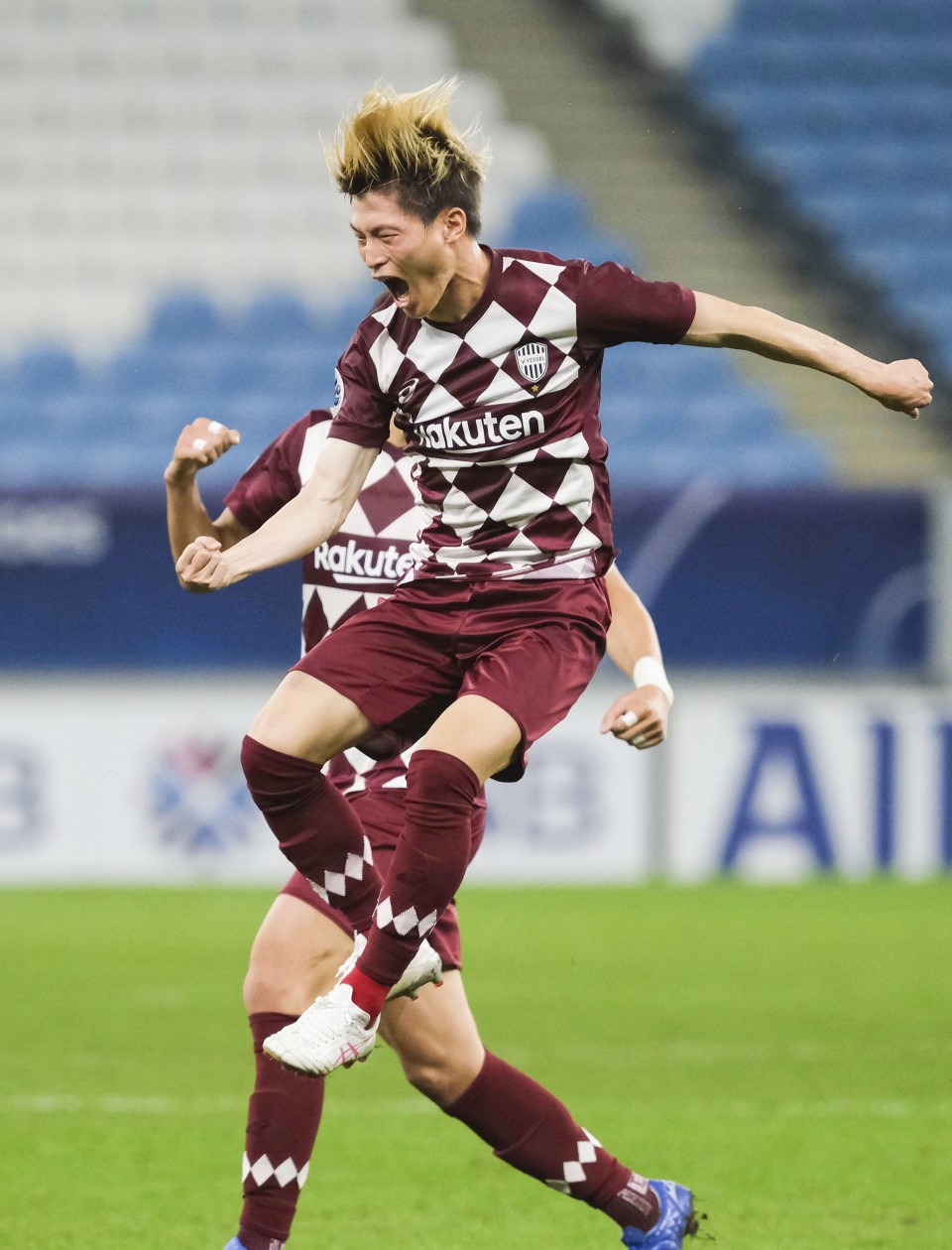 Despite playing with 10 men for 82 minutes, Suwon refused to bow, and never showed any sign of going out of the competition until Jang Ho Ik missed over the bar. Vissel's Noriaki Fujimoto then struck the back of the net at Qatar's Al Janoub Stadium to send the J-League side into the tournament's last four.

"Even though it went 90 minutes with extra time on top of that, the team really came together," said Fujimoto, who entered as a 91st-minute substitute. "Until now I haven't been contributing, so I wanted to get the job done. And I was happy to be able to execute."

Vissel will face another South Korean team, Ulsan Hyundai FC, on Sunday in their semifinal in the Qatar "bubble." Ulsan defeated Beijing FC 2-0 in the day's earlier quarterfinal.

Superstar playmaker Andres Iniesta made a late cameo for Vissel after hurting his right thigh in Monday's round-of-16 win. He scored in the penalty shootout, but clutched his leg as he hobbled off the pitch.

Vissel equalized in the 40th minute on a Kyogo Furuhashi free kick following a few moments of confusion after Daigo Nishi was brought down in the penalty area from behind.

The video assistant referee overturned the ruling on the pitch and exchanged a yellow card and a penalty kick for a red card for midfielder Kim Tae Hwan and a free kick just outside the penalty area, where Kim clipped Nishi's heel.

Brazilian forward Douglas, who'd sprung Nishi with a chipped volley over the back line, set up to take the free kick, stepped over the ball and allowed Furuhashi to shoot under the rising defenders.

Park Sang Hyeok headed in the seventh-minute opener from a Ko Seung Beom cross. With two defenders tightly marking explosive striker Im Sang Hyeob at the edge of the area, Park snuck in behind them and headed in Ko's ball from the right.

With Iniesta out, an overtly physical and disciplined Suwon defense kept the Emperors Cup champions from mounting any prolonged pressure.

Both keepers produced big saves in the final minutes of regulation, Suwon's Yang Hyung Mo tipping a Douglas header away, and Daiya Maekawa blocking a shot in a one-on-one against substitute Kim Gun Hee.

Even with 10 men, Suwon looked fitter and faster and never appeared disadvantaged. Vissel's attacking duo of Douglas and Furuhashi were a constant menace after the opening half hour but had their best chance of the game cleared off the line in the first period of extra time.

Suwon were then denied three times in rapid succession from point-blank range in the 112th minute. The first was blocked by Maekawa and the second was cleared off the line by a defender before the third hit the post.