Patric's second-half header earned Gamba Osaka a much-needed three points in the J-League top flight on Sunday, as they shrugged off Shonan Bellmare 2-1 away to stay in control of the battle for a top-three berth.

The Brazilian forward leaped to bury a free header in the 66th minute at BMW Stadium, where the home side recovered from a slow start and more than tested the visitors in an entertaining encounter.

Gamba are second on 62 points, three points ahead of third-placed Nagoya Grampus. Archrivals Cerezo Osaka are fourth on 58 points but have a game in hand over both teams as they chase a top-three spot and an Asian Champions League berth.

Gamba went ahead in the sixth minute after right-back Ryu Takao won the ball in the opposing half. Patric laid it off for midfielder Yuya Fukuda, whose first touch from inside the box hit high into the net off the palm of Shonan keeper Masaaki Goto.

The home side grew into the game and leveled through a 35th-minute penalty. Former Toulouse defender Gen Shoji handled in the area to deny an effort from diminutive dribbler Hiroto Nakagawa, who took it himself and found the top left corner. 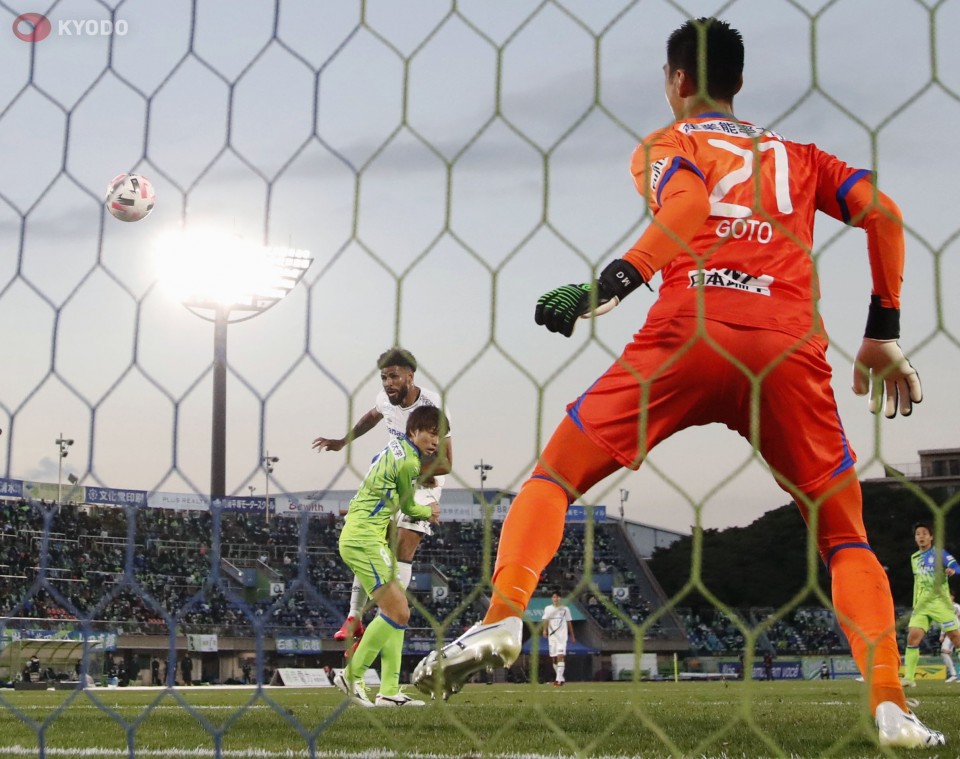 Patric's towering header secured the winner against the run of play after left-back Hiroki Fujiharu provided a perfect cross to the far post. The Brazilian thought he had a second with a 79th-minute header but was denied by a superb diving save from Goto.

"I was telling Fujiharu to float in that kind of cross to the far post before the game," Patric said after marking his 200th J1 appearance with a goal. "I knew they were good defensively so I was concentrating on being ready for the one or two chances that might fall my way."

Bellmare had late chances through left wing-back Taiga Hata, who had been involved in both sides' first goals. His cross in the 90th minute found Takuya Okamoto at the far post, but a volley was saved on the line by Gamba keeper Masaaki Higashiguchi.

Shonan are 16th on 25 points among 18 J1 teams, but there will be no relegation to J2 in this coronavirus-hit season.

Elsewhere in the top flight, bottom side Vegalta Sendai beat Oita Trinita 2-0 for their fifth win, all of which have come away from home. Takayoshi Ishihara needed only a few seconds to score for the visitors from the kickoff.