Shinji Okazaki scored his first goal of the La Liga season Sunday but was ultimately left frustrated after Huesca squandered a two-goal lead late to finish 3-3 away to Granada.

Okazaki came on in the 64th minute of the match at Nuevo Estadio de Los Carmenes and put the visitors up 3-1 in the 82nd, floating a long-range chip into an open net after a blunder left goalkeeper Rui Silva out of position. 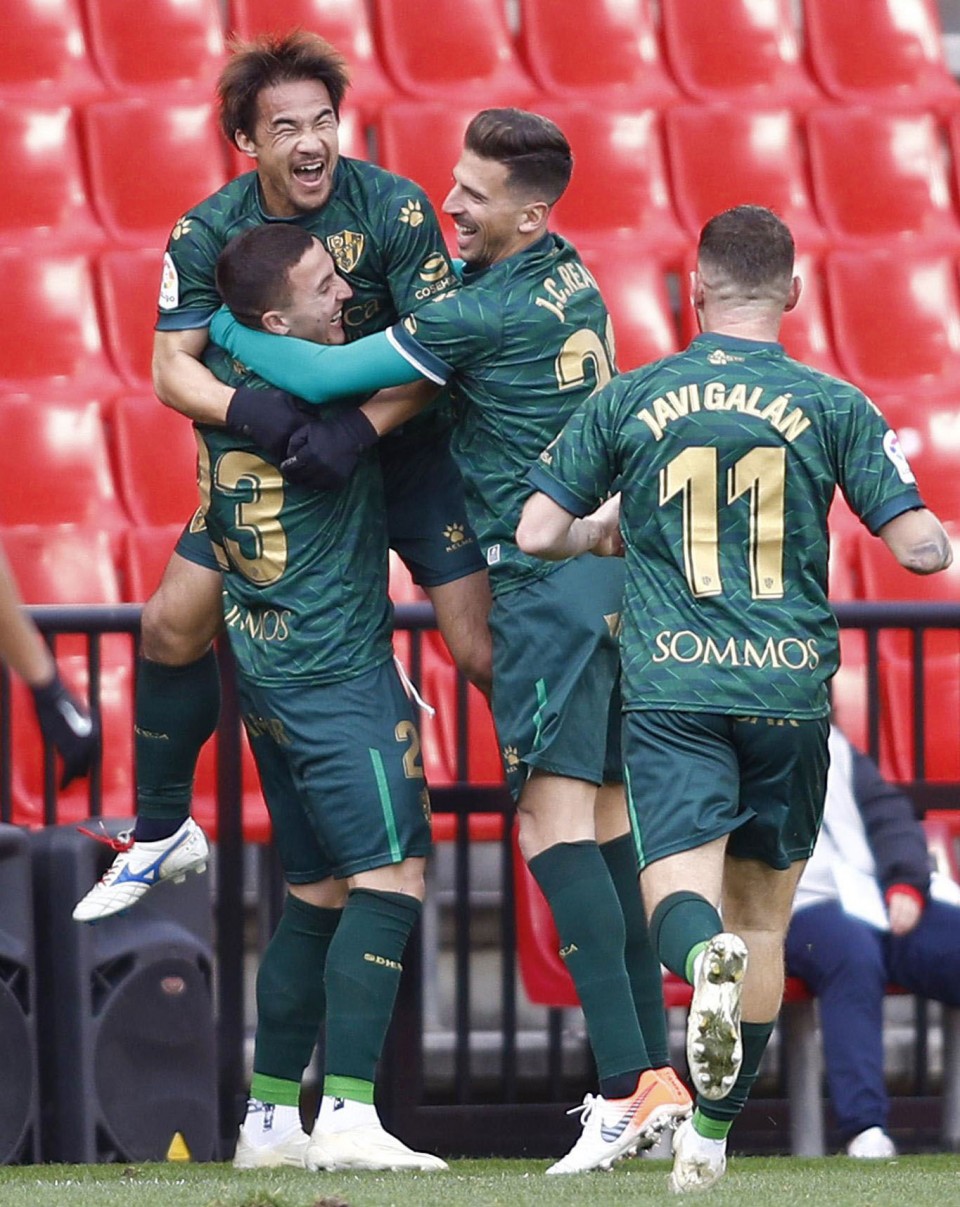 But Granada staged a late comeback, with goals from Jorge Molina and German Sanchez enabling them to salvage a point against Huesca who sit rooted to the bottom of the Spanish first-division table as the only winless team.

"It ended in a disappointing draw. I thought I could score a goal and contribute to a victory, but they scored twice in the last six minutes and drew level," said Okazaki, who was making his eighth appearance of the season after battling a left thigh injury.

"It's frustrating, but I just want to move on to the next match."

In the Belgian top flight, Koji Miyoshi opened the scoring with his second goal of the season in Antwerp's 4-2 away loss to Genk.

Miyoshi secured a long ball from Martin Hongla just minutes into the match and charged into the area before drilling into the bottom corner. Antwerp's early lead was quickly overturned by a brace from Paul Onuachu.

Junya Ito played a full match and contributed a late assist for league-leading Genk, who earned their seventh straight win to set a club record.

"We made a bad start and Koji set the tone, but we immediately overturned the goal and I think we played at our own pace after the reversal," Ito said.

"I'm happy we could win since it was a club record. We are making progress in the championship race."