Japan forward Musashi Suzuki scored a brace for Beerschot in a 3-2 derby defeat to Antwerp on Sunday, taking his season tally to four goals in the Belgian top flight.

Trailing 2-0, Suzuki tapped in a low cross from the left in the 25th minute at the Bosuilstadion and equalized in similar fashion from the right in the 73rd before Dieumerci Mbokani rolled home the winner for the hosts a minute later. 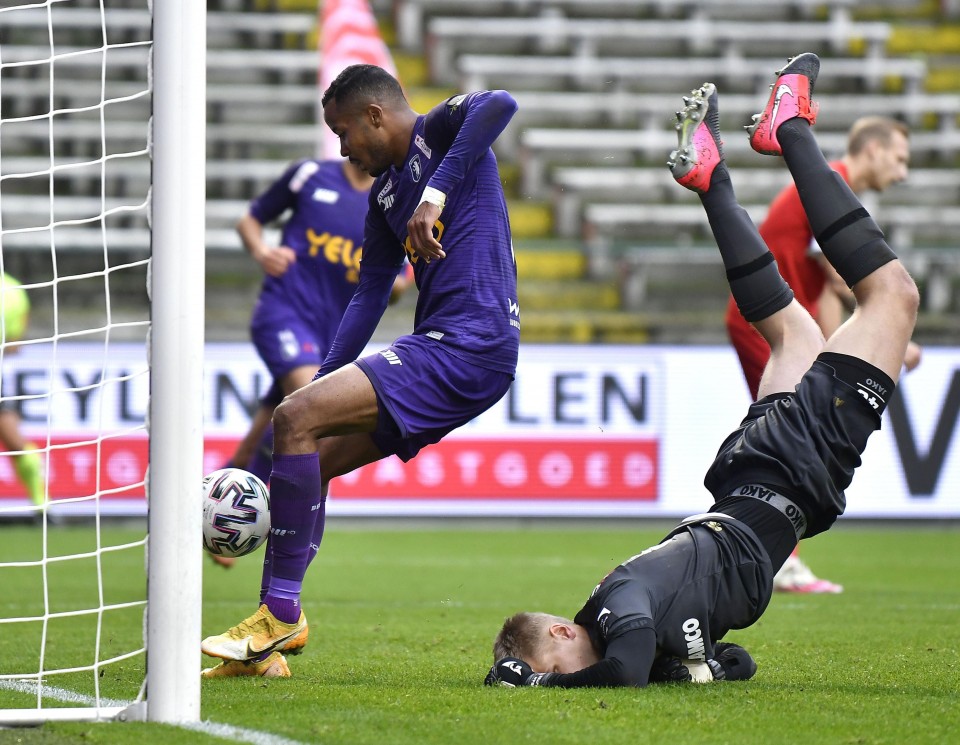 Fellow Samurai Blue midfielder Koji Miyoshi started for Antwerp before he was replaced in the 55th minute.

In Germany, Arminia Bielefeld's Ritsu Doan recorded his first assist in the Bundesliga but his team fell to their third straight defeat, losing 2-1 at Wolfsburg.

The midfielder provided a low cross into the box from the right with his weaker right foot for Sven Schipplock to halve Bielefeld's deficit in the 80th minute.

"That went exactly how I imagined, I feel I did well to get the ball accurately to that position with my right foot," said the 22-year-old on loan from PSV Eindhoven. "(But) I'm not happy at all with the team winning four points in a month."

In the Spanish first division, 19-year-old playmaker Takefusa Kubo, on loan from Real Madrid, made his first start for Villarreal but was taken off in the 62nd minute as his team played out a scoreless draw away to Cadiz.

In the Spanish second tier, Gaku Shibasaki scored his first goal for Leganes in their 2-1 home win over Real Oviedo. The midfielder opened the scoring in the 61st, picking up a loose ball inside the box before skipping past a defender and smashing home from close range.

In the Austrian top flight, Rapid Vienna forward Koya Kitagawa set up the opening goal before sliding in his team's second, his second goal of the season, in a 4-3 away victory against Wolfsberger.