Japan midfielder Ritsu Doan opened his account for Arminia Bielefeld at home on Saturday and recorded his maiden goal in the German first division.

Doan, who joined Arminia last month on a one-year loan from Dutch side PSV Eindhoven, pulled one back for the hosts in the 58th minute of their 4-1 loss to reigning Bundesliga and European champions Bayern Munich. 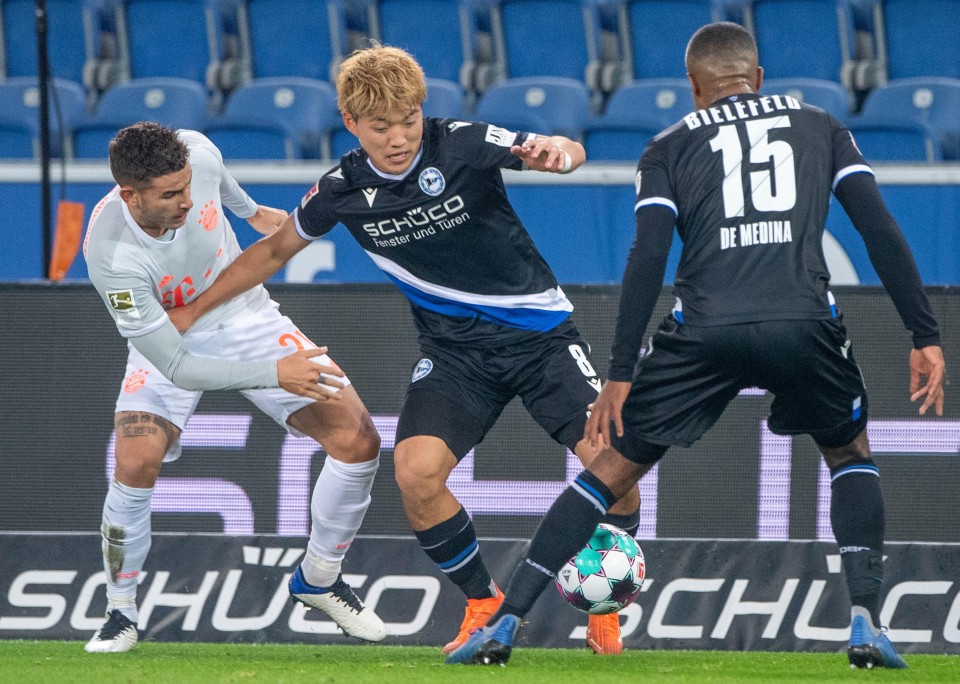 Football: Shinji Kagawa undecided on next move after Zaragoza departure

"I was really pumped up," Doan said. "I'm happy that I scored against the best club in the world, but I'll keep working hard to help my team win."

The 22-year-old was part of the Japan squad comprised entirely of Europe-based players that faced Cameroon and the Ivory Coast in the Netherlands this month in a pair of international friendlies.

Doan signed a five-year deal with PSV last year after playing for fellow Eredivisie side Groningen. He has 20 caps and three goals for the Samurai Blue since making his international debut in 2018.

In the Belgian top flight, Yuma Suzuki netted his third goal of the season for Sint-Truiden in their 6-3 away loss to Beerschot.