The forward entered the fray in the 74th minute and found the net with three minutes to go. Yuji Senuma won back possession near the opposition box to keep a counterattack alive before Kusano nutmegged former Japan defender Masato Morishige and found the left bottom corner. 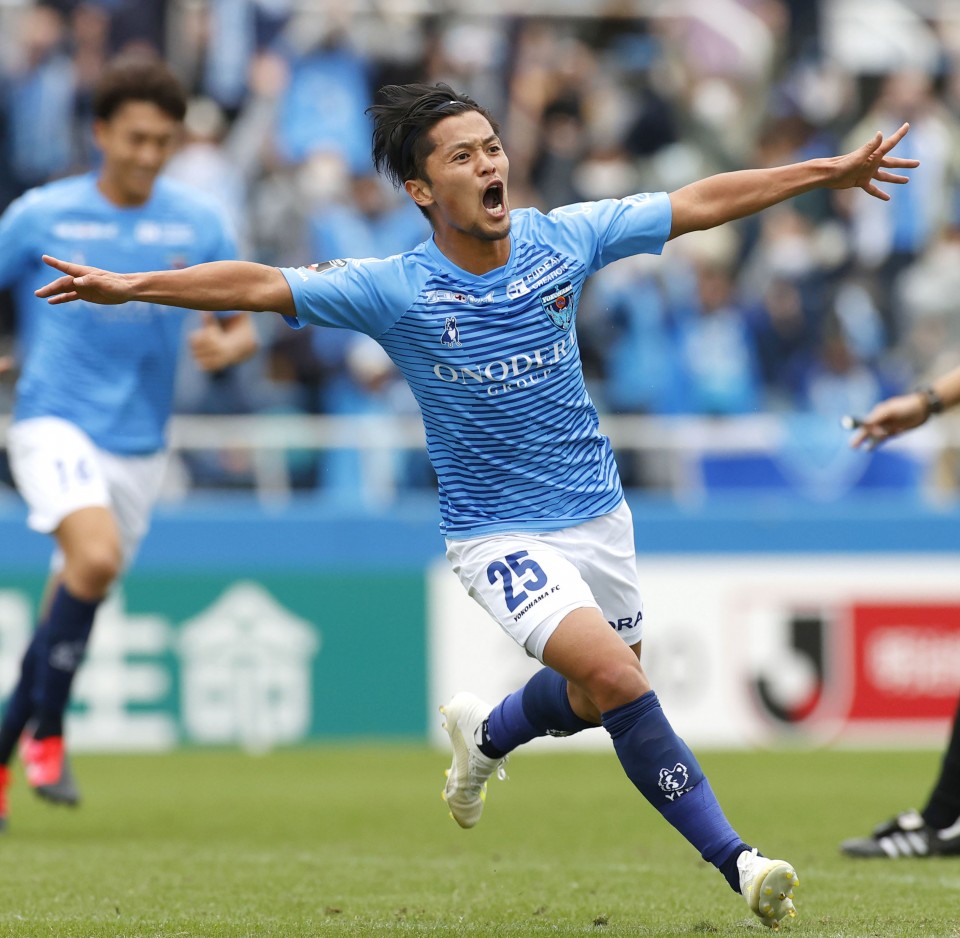 "It fell nicely for me, so I just had to get past a defender and calmly find the spot," Kusano said after his first goal in the J1. "Scoring a goal was all I had in my mind before coming on. I was after it with hunger."

FC Tokyo remain third, a point behind second-placed Cerezo Osaka, who have two games in hand on last year's runners-up.

A subdued first half at Nippatsu Mitsuzawa Stadium saw the only chance fall to Yokohama FC striker Kazunari Ichimi, whose shot from the edge of the box was deflected narrowly wide in the eighth minute.

FC Tokyo upped their game after the break and missed chances when Kyosuke Tagawa fired a close-range header off target before being denied minutes later by Yokohama FC keeper Yuji Rokutan.

The gloveman stood tall late in the match when he stopped attempts from FC Tokyo's Brazilian striker Diego Oliveira and Taichi Hara in quick succession.

Hirotaka Mita caused problems for the visitors at the other end before Kusano, who last played in August, stole the show.

In a frenetic closing to the game, Oliveira was denied by Tatsuki Seko on the line, raising an appeal for handball, before he was blocked again by a desperate Yokohama defense.

The league's top scorer, Kashiwa Reysol forward Michael Olunga, took his season tally to 22 but could not prevent a 3-2 comeback loss away to bottom side Shonan Bellmare.

Patric found the winner for Gamba Osaka in their 1-0 away victory against Oita Trinita.

Shinzo Koroki and Leonardo scored a brace each as the Urawa Reds hammered Vegalta Sendai 6-0 at Saitama Stadium, while at Edion Stadium Hiroshima, Sho Sasaki and Leandro Pereira were on target in the first half of Sanfrecce Hiroshima's 2-1 win against Vissel Kobe.