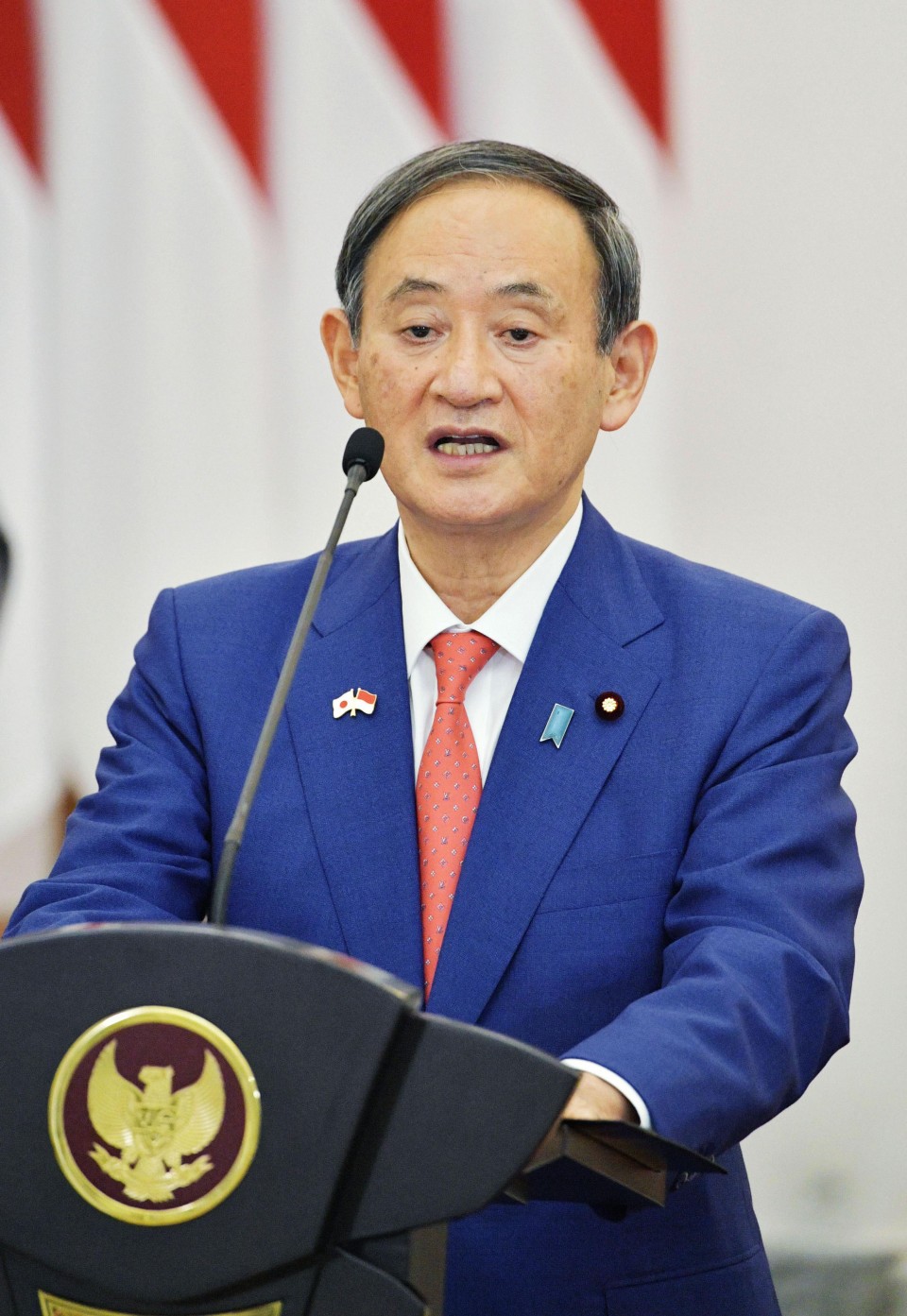 Japan and ASEAN are "old friends" both seeking to realize the rule of law and openness in the Indo-Pacific, Prime Minister Yoshihide Suga said Wednesday as he wrapped up his first overseas trip since taking office last month.

Speaking at a press conference in Jakarta, Suga said closer ties between Japan and the Association of Southeast Asian Nations will "form the foundation for economic prosperity in the region," vowing to bolster supply chains linking the two.

The four-day visit, which took Suga to Vietnam and Indonesia for meetings with the countries' leaders, came as Japan seeks to counter China's growing influence in the region.

Suga reiterated criticism of moves that "go against the rule of law" in the South China Sea, a veiled reference to China's militarization of artificial islands in the disputed waters.

"We are watching the situation with concern," he said, adding that "Japan is opposed to any actions that heighten tensions" in the strategic waterway through which more than a third of global trade passes.

Suga said Japan will continue to help ASEAN members improve their surveillance capabilities in the waters, touching on an agreement reached in principle on Monday to enable Japan to export defense equipment and technology to Vietnam.

China also lays claim to a group of Japanese-held islands in the East China Sea and often sends coast guard ships to nearby waters despite Tokyo's protests, and Japan hopes working with ASEAN members will help keep Beijing in check.

Meanwhile, Suga dismissed concerns voiced by China's foreign minister that Japan's efforts to realize a "free and open Indo-Pacific" with its ally the United States and other like-minded countries were the beginnings of an alliance akin to the North Atlantic Treaty Organization.

"We are not singling out any particular country. We are willing to cooperate with any country that shares our thinking," he said, adding there is "absolutely no intention" of creating an Indo-Pacific version of NATO.

Suga, who became prime minister on Sept. 16 after his predecessor Shinzo Abe stepped down for health reasons, is considered a deft hand at coordinating domestic policy as long-time chief Cabinet secretary but relatively unexperienced in foreign policy.

The trip, during which Suga met with Vietnamese counterpart Nguyen Xuan Phuc and Indonesian President Joko Widodo, was seen as an opportunity for him to display his diplomacy skills.