Meeting the press after summit talks with Phuc in Hanoi, Suga, who is on his first overseas trip since becoming prime minister, called Vietnam a linchpin in efforts to realize a "free and open Indo-Pacific" and vowed Japan's "continued contribution to peace and prosperity in the region." 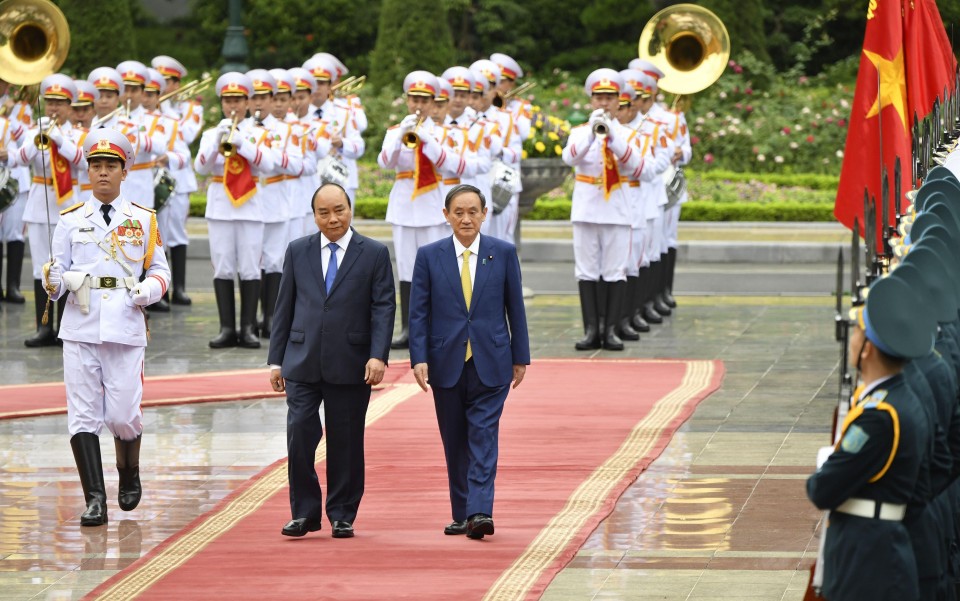 Suga also criticized actions in the South China Sea that "go against the rule of law," a veiled reference to Beijing's increasing assertiveness in the disputed waters, in a speech on foreign affairs he later delivered at the Vietnam Japan University.

"It is important that all nations involved work toward a peaceful resolution of conflicts in the South China Sea without resorting to force or coercion," he said.

Following the one-hour meeting with Phuc, Suga said the countries had agreed in principle on a pact that would enable Japan to export defense equipment and technology to Vietnam.

Such equipment, likely including patrol planes and radar, would help improve the surveillance capabilities of Vietnam, which is one of the claimants in territorial disputes in the South China Sea including over the Spratly Islands, where China is building up a military presence. 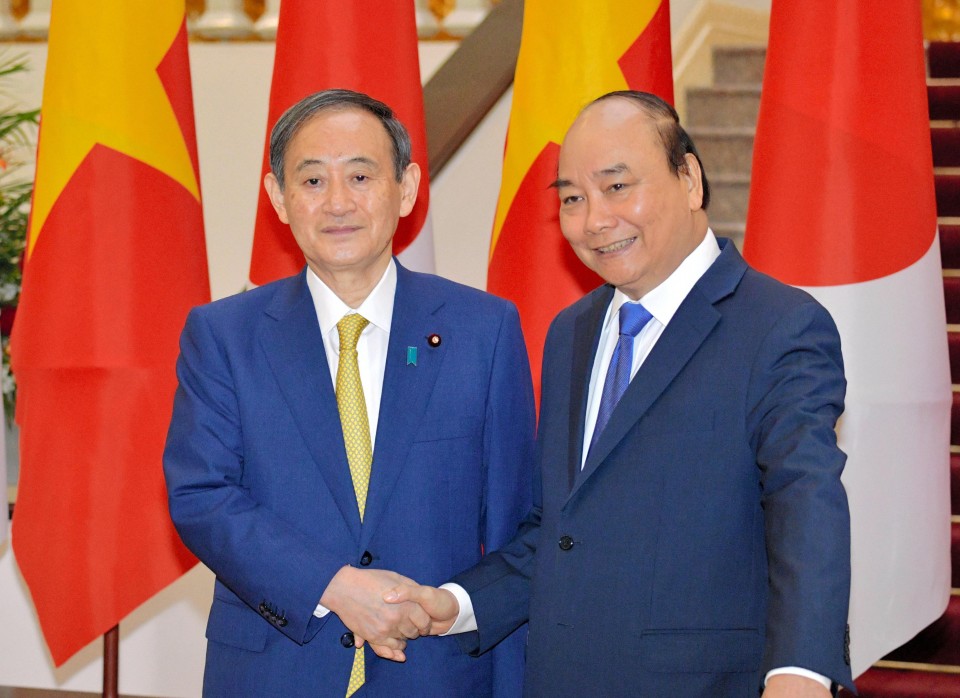 Suga and Phuc agreed to resume regular flights between their countries at an early date, and to implement a "business track" that would allow executives and workers to travel without a 14-day quarantine period provided they follow certain COVID-19 precautions.

The leaders also affirmed cooperation over North Korea, with Suga saying Phuc voiced support for Japan's efforts to secure the return of citizens abducted by North Korea in the 1970s and 1980s.

Suga, who became prime minister in mid-September after his predecessor Shinzo Abe stepped down for health reasons, is on a four-day trip that will also take him to Jakarta on Tuesday for a meeting with Indonesian President Joko Widodo.

Vietnam is chair of the Association of Southeast Asian Nations this year, while Indonesia is an economic powerhouse in the region that, like Japan, is a Group of 20 member.

Considered an able hand at coordinating domestic policy as Abe's long-time chief Cabinet secretary, Suga is taking the opportunity to demonstrate his diplomatic skills, telling reporters he sees the meeting with Phuc as an "important first step" in his push to make the credo of a free and open Indo-Pacific a reality.

Phuc said he is ready to support Japanese investment in Vietnam including by accommodating its real estate and human resource needs, adding he is hopeful that bilateral relations will strengthen further.

Japan is looking to diversify its supply chains to mitigate risks brought to light by the COVID-19 crisis, including its reliance on Chinese imports for face masks.

The government is handing out subsidies to firms that move production to Southeast Asia, which is both geographically well-placed and can provide relatively cheap labor.

Of the 30 firms chosen so far to receive the subsidies, ranging from manufacturers of medical gowns and disinfectant wipes to car engine parts, half are planning to set up in Vietnam.

In the speech at the university, which opened in 2016 with funding from both countries, Suga stressed he will pursue cooperation with other ASEAN members in bolstering supply chains.

Suga, who also met with other Vietnamese political leaders including President Nguyen Phu Trong and National Assembly Chairwoman Nguyen Thi Kim Ngan, was not the only one making his diplomatic debut on the trip.

His wife Mariko, who has rarely appeared in public, was given a tour of an 11th-century temple dedicated to Confucius and visited the Vietnamese Women's Museum before joining Suga for a gala dinner. 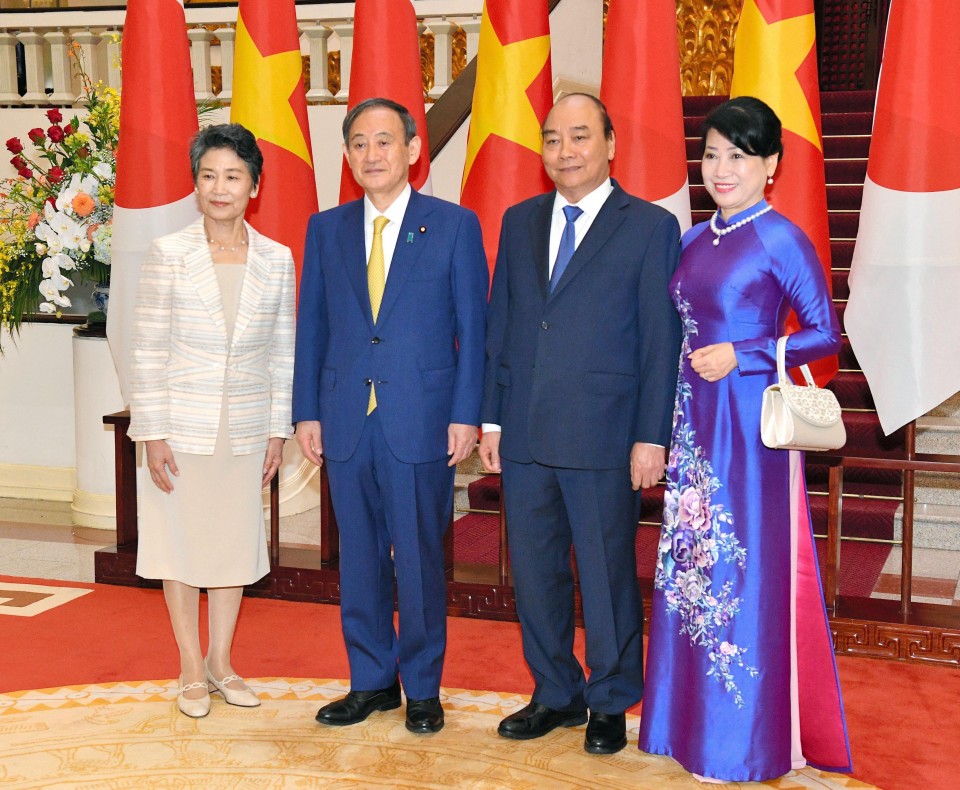