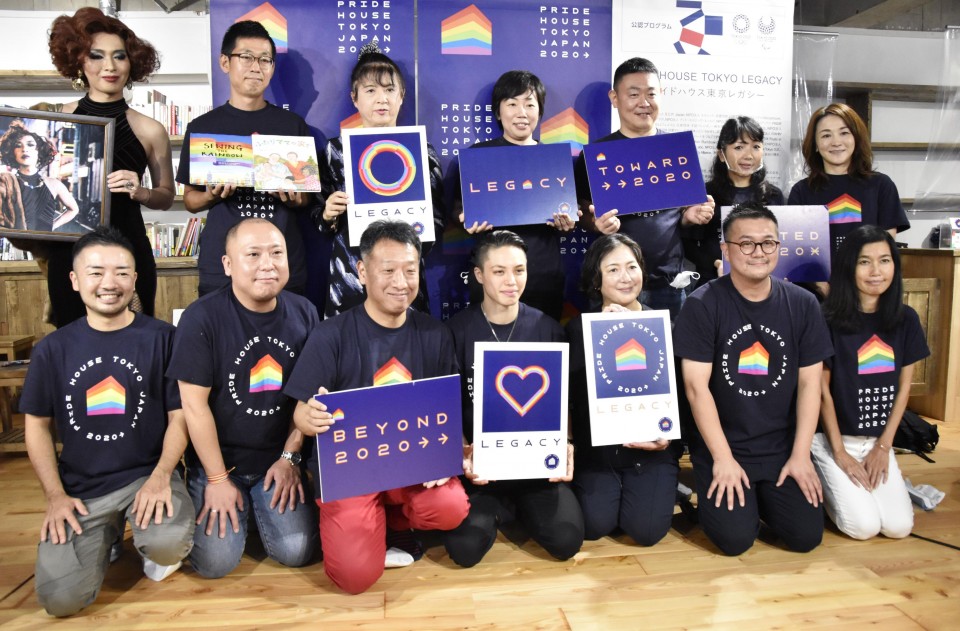 Operating members of Pride House Tokyo Legacy pose for a photo at the just-opened information center on sexual minorities on Oct. 11, 2020, in Tokyo in the run-up to the postponed Olympics and Paralympics. (Kyodo)

An information center on sexual minority individuals opened Sunday in Tokyo in the run-up to the postponed Olympics and Paralympics, as part of efforts to raise awareness of prejudice faced by them.

Pride House Tokyo Legacy, also serving as a community hub for lesbian, gay, bisexual and transgender people, has been recognized as an official program of the Tokyo Games rescheduled for next summer.

"To promote social understanding, we would like to provide various information," Gon Matsunaka, head of the project, said at an opening event of the new facility, located in the capital's Shinjuku Ward.

International Olympic Committee chief Thomas Bach welcomed the opening of the center, saying in a statement, "In sport, we are all equal. There is no discrimination. We are united in all our diversity."

Bach said the Pride House venue is an "important example" for the Olympic spirit and wished for its "long-lasting legacy" as part of the Tokyo Games, which were supposed to be held this summer but were postponed due to the global outbreak of the novel coronavirus.

The center, supported by a number of embassies in Tokyo, companies, individuals and nonprofit organizations, has a space to read books on LGBT issues and a room for counseling. It will also host various events on sexual diversity. 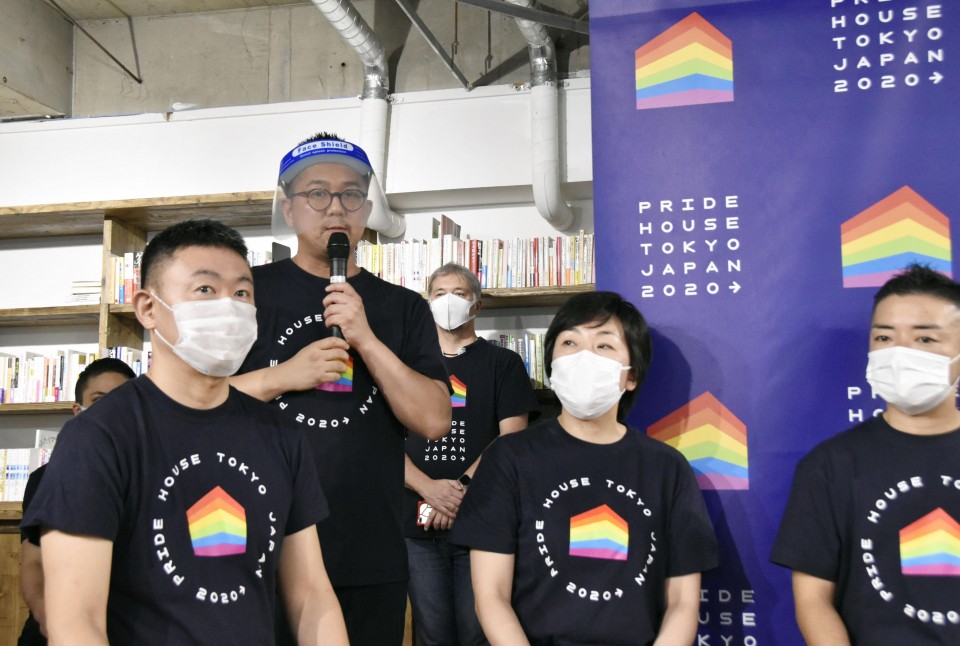 Gon Matsunaka (2nd from L), head of Pride House Tokyo Legacy, speaks at the just-opened information center on sexual minorities on Oct. 11, 2020, in Tokyo in the run-up to the postponed Olympics and Paralympics. (Kyodo)

It will remain as Japan's first permanent facility for sexual minorities after the end of the Tokyo Games.

The Pride House movement was launched during the 2010 Vancouver Winter Games by local nonprofit organizations to advocate for LGBT equality in sports.

Since then, similar facilities have often been set up in host cities for the Olympics and other international sporting events.

Last year, the Pride House Tokyo 2019 was opened in Shibuya Ward during the Rugby World Cup.