A total of 900 couples of sexual minorities have been recognized in Japan since 2015 when some local governments started issuing certificates for such partnerships, a Kyodo News survey showed Saturday.

The number of certified lesbian, gay, bisexual and transgender couples has been rapidly increasing. In fiscal 2019 alone, which ended in March, it grew by 496, according to the poll covering two prefectural and 45 municipal governments that had introduced their certification systems by April 1.

The result suggests growing public awareness of LGBT couples in Japan, but the survey also showed that benefits offered to them under the systems are limited. In Japan, same-sex marriages are not legally recognized and such certificates are not legally valid. 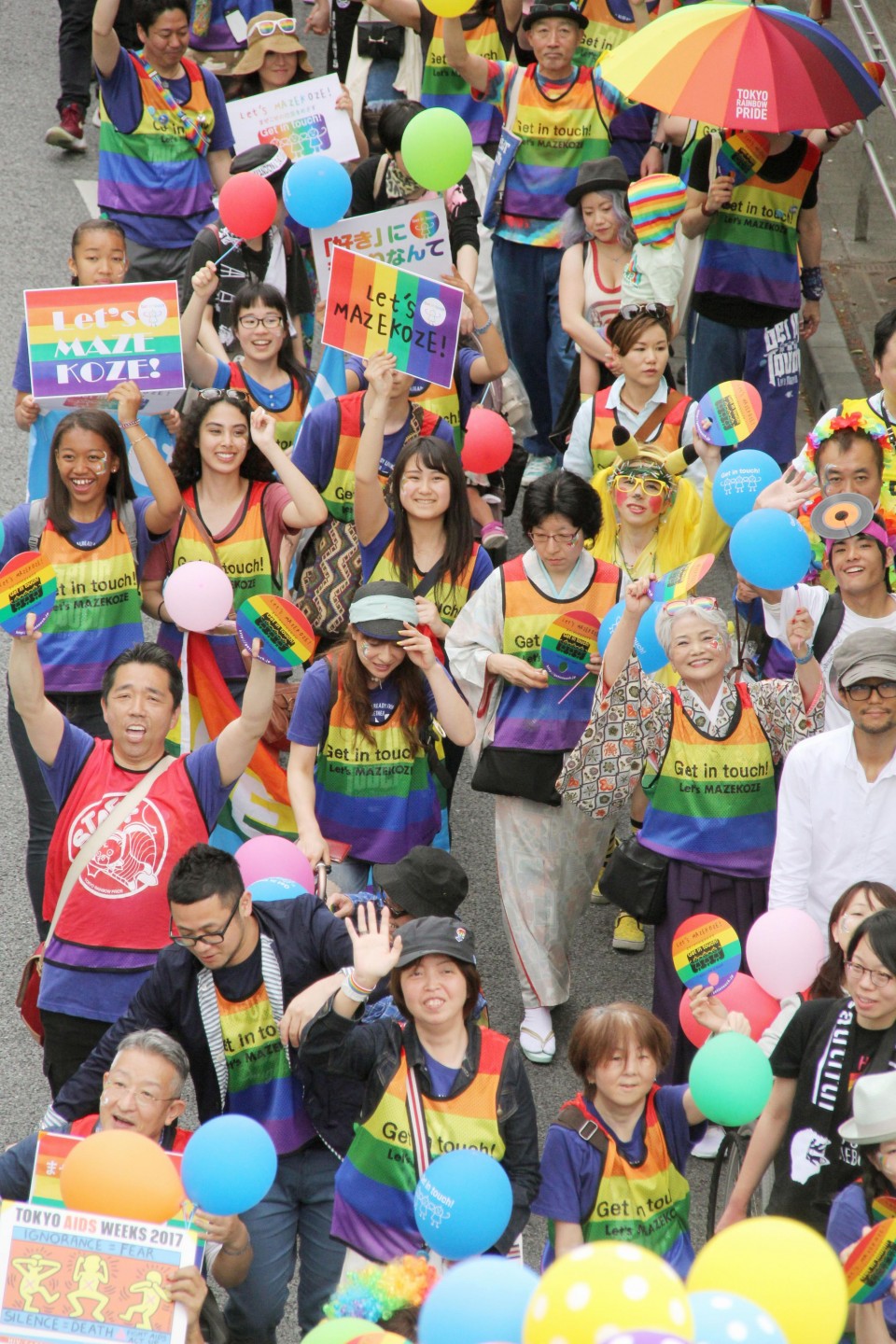 (Thousands of people march through Tokyo's Shibuya district on May 7, 2017, to raise awareness of issues related to lesbian, gay, bisexual and transgender people and to call for the elimination of discrimination)

Only 10% of firms in Japan have addressed LGBT issues: survey

The introduction of the systems started in Tokyo's Shibuya and Setagaya wards in November 2015.

The city of Osaka has issued certificates to 187 couples, the largest among the local governments surveyed. Setagaya came second with 117, followed by 88 in Sapporo.

In many cases, LGBT couples are offered benefits such as allowing them to apply for public housing. But they face difficulties even with the certificates, including being unable to receive important medical information if a partner becomes ill. Hospitals normally provide such information to family members.

In addition, as most local governments do not recognize their certificates, LGBT couples need to go through new procedures when they move between the cities.

To address the problem, some authorities have agreements to eliminate the need.