Advocates are calling for Japan to create national legislation to protect LGBT individuals from being outed, as the current piecemeal approach is failing to tackle the damaging form of discrimination and putting lives at risk, they say.

Current central and local government efforts to prevent disclosure of a person's sexual orientation or gender identity against their will are insufficient, experts say, and measures that exist can only be applied in a limited scope.

A handful of city and ward authorities in Japan have ordinances that specifically ban the outing of people who identify as being from a sexual minority, but only one out of 47 prefectures -- Mie in central Japan -- is working to implement something similar, according to a July Kyodo News survey.

The central government's response has also seemingly been lacking. 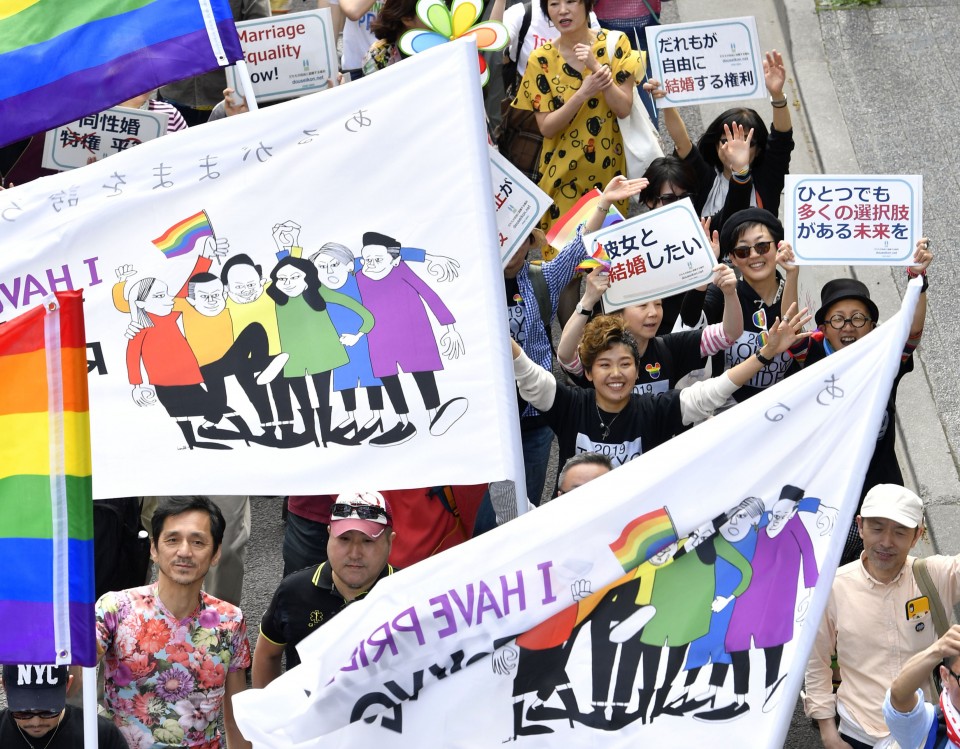 One out of 11 people in Japan say that they are lesbian, gay, bisexual, transgender or "other," according to a 2018 survey by advertising giant Dentsu Inc., and discussion around LGBT issues is becoming more common.

There is, however, still the need for a wider understanding within the community, tragically exemplified by the way LGBT people's lives are turned upside down when they are outed, leading to mental health issues and suicides.

The harmful consequences of outing hit the national consciousness in 2015 when a Hitotsubashi University graduate student died after plunging from a university building in an apparent suicide after his romantic interest divulged his sexual orientation to his peers.

Following the incident, the city of Kunitachi, which hosts the university, worked to enforce in April 2018 an ordinance that included a ban on outing LGBT individuals. Three other local authorities -- Tokyo's Toshima and Minato wards and the city of Soja in Okayama Prefecture -- have made similar moves within the last two years.

"Ordinances that explicitly ban outings are important," said Kazuya Kawaguchi, professor of sociology at Hiroshima Shudo University. While local ordinances prohibiting discrimination on the basis of sexual orientation exist, the lack of specificity increases "the risk of making it difficult to see the danger of outing."

"I want the whole prefecture to understand that (outing) can lead to deaths," Gov. Eikei Suzuki of Mie Prefecture told reporters in June when announcing the decision to create the ordinance. 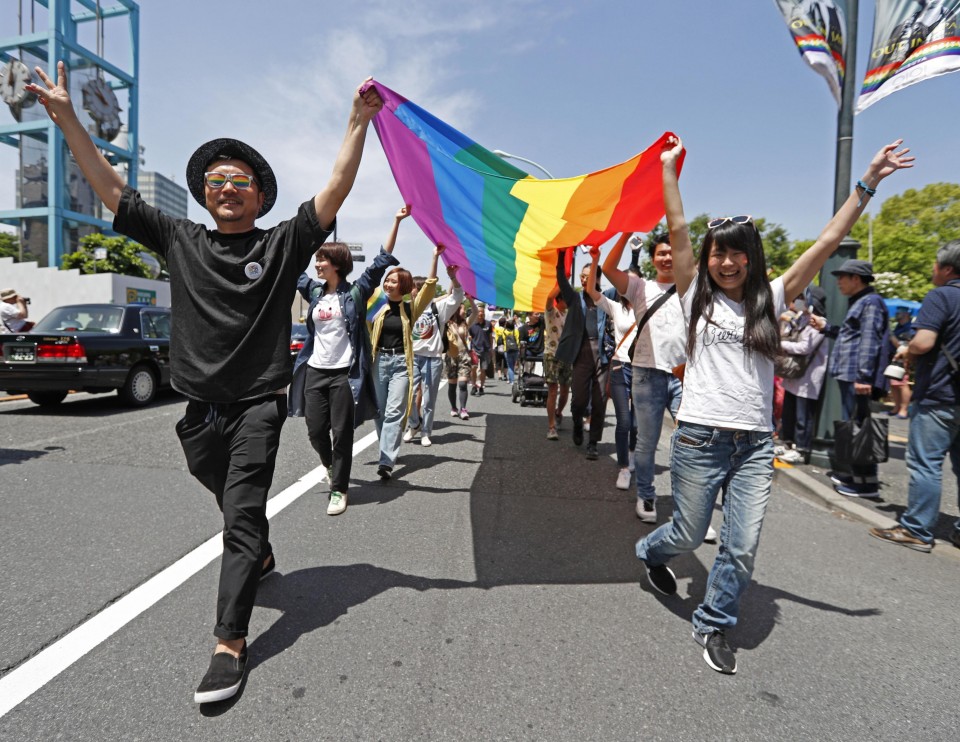 A parade is held in Tokyo's Shibuya district on May 6, 2018, to promote support for sexual minorities. (Kyodo)

Mie held its first study meeting in August with representatives of the LGBT community in its move to enforce an explicit ban on outings by April 2021. Participants urged that codified punishments be implemented for violations of the ordinance.

Others are not planning on similar actions, arguing their current regulations provide sufficient protections.

The Ibaraki prefectural government said its ordinance promoting gender equality covers the issue as it mentions discrimination based on sexual preference, while Shiga prefectural authorities and the Tokyo metropolitan government gave similar explanations on their ordinances related to human rights.

Twenty-nine prefectures including Kyoto, Osaka, Miyagi and Gifu said they are focused on raising awareness through promotional materials and community study sessions.

Nine others, such as Aomori and Okayama prefectures, have said they have not considered the topic sufficiently, while others say they are looking into explicitly mentioning outing as they work to create local guidelines on human rights issues.

The central government has designated outing as an abuse of power in its guidelines on gender equality, implementing a law obligating firms to take measures against harassment. But these efforts are limited in scope, and there are calls for more explicit action.

Local governments like those representing Yamagata and Shizuoka prefectures are requesting the central government take the lead in coming up with policies based on expert advice, providing a baseline from which local authorities can work when crafting their own measures.

Kamiya further said that the central and prefectural governments must create a system offering assistance and advice to individuals, outfitted with skilled counselors knowledgeable about LGBT issues.

"Countermeasures against this problem are being introduced and I hope it will spread," said Kawaguchi about Mie's effort. "To ensure consistent measures across prefectures, the central government needs to hammer out policies banning outings," he said.

Only 10% of firms in Japan have addressed LGBT issues: survey