Takuma Nishimura had given the hosts a 2-1 lead with two goals in the second half, including one from the penalty spot, before Cerezo defender Matej Jonjic appeared to salvage a draw with a late equalizer.

But after entering midway through the second half, Kiyotake sealed the three points with his solo heroics in injury time.

Following a run down the left, the 30-year-old attacking midfielder cut back onto his right foot and unleashed a curling strike from the edge of the box that soared past diving Sendai keeper Jakub Slowik into the top right corner.

"I wasn't able to convert after getting a ball earlier, but this time I struck it nicely," said Kiyotake, who also assisted on Jonjic's equalizer. 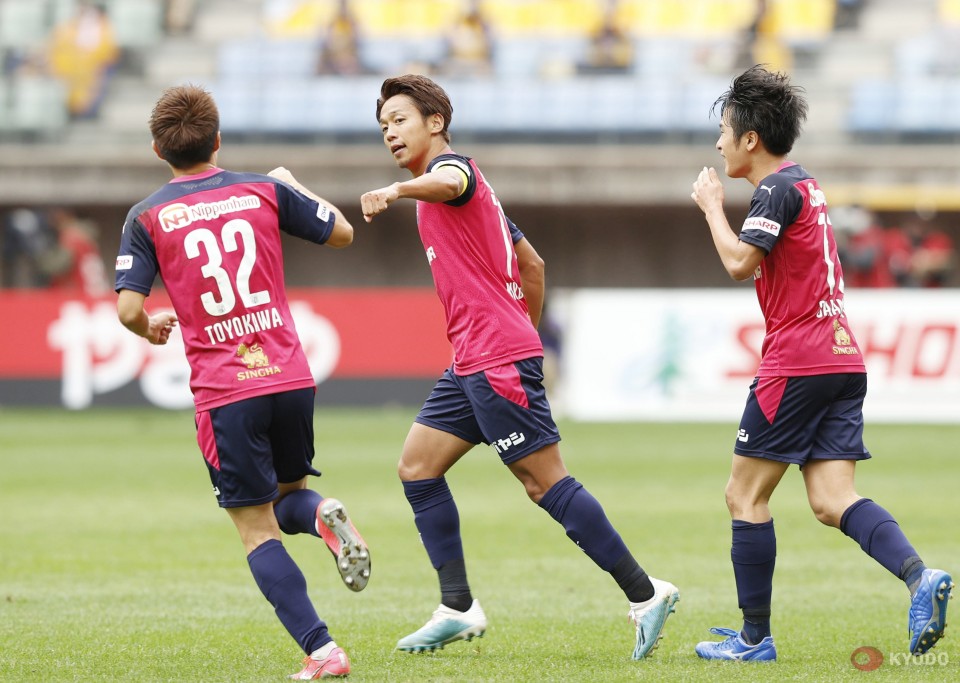 "We had been in a really good flow from the first half and it felt like we had things under control before they scored the two goals."

Having arrived at Yurtec Stadium in second place, Miguel Angel Lotina's Cerezo had hoped to erase the memory of a 2-0 midweek loss to FC Tokyo.

They took the lead with a minute left in the first half after Bruno Mendes completed a well-executed counterattack, angling a header past Slowik off a cross from Yoichiro Kakitani.

Nishimura equalized in the 57th minute, redirecting a bouncing cross from left-back Para into the net. He put Takashi Kiyama's side in front 10 minutes later, drawing a foul from Riku Matsuda before converting from the spot.

But Cerezo continued pressing forward and were eventually rewarded in the 81st minute when Croatian center back Jonjic rose above the pack on a Kiyotake corner kick and headed in from the middle of the area.

In other J1 action, Kawasaki Frontale maintained an 11-point buffer at the top of the table thanks to a 1-0 victory away to last-place Shonan Bellmare.

Gamba Osaka beat Sanfrecce Hiroshima 2-1 at Edion Stadium, with Brazilian forward Patric finding the net for the visitors against his old club.