Kazuyoshi Miura entered the record books as the oldest-ever player in a J-League first-division match on Wednesday after starting for Yokohama FC in their 3-2 loss to Kawasaki Frontale. 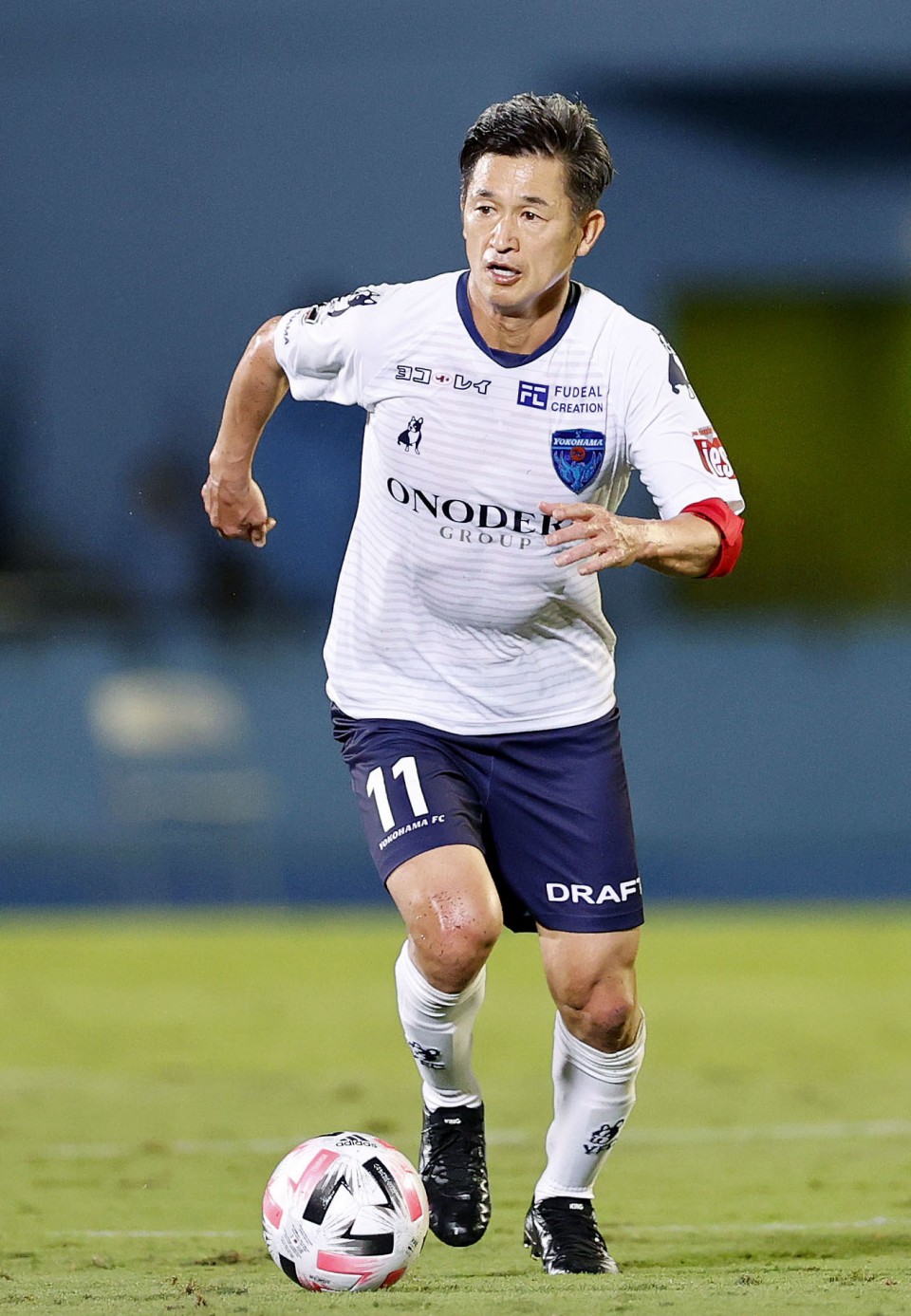 Kazuyoshi Miura of Yokohama FC enters the record books as the oldest-ever player in a J-League first-division match on Sept. 23, 2020, (Kyodo)

With his appearance at 53 years, 6 months and 28 days, the former Japan forward, known to fans as King Kazu, eclipsed the previous record of 45 years, 2 months and 1 day set by Masashi Nakayama with Consadole Sapporo in 2012.

Miura became the oldest player to take to the pitch in Japan's league cup competition, the YBC Levain Cup, in a 1-0 win against Sagan Tosu on Aug. 5, then extended his record a week later in a 1-1 draw with Consadole Sapporo.

He was named to a J1 match-day squad for the first time this season against Nagoya Grampus on Sept. 13, but he did not come off the bench in the clash at Yokohama's Nippatsu Mitsuzawa Stadium.

The game against league leaders Kawasaki at Todoroki Stadium marked Miura's first appearance in a J1 match since 2007.

Miura received an ovation from the 4,723 fans in attendance when he was subbed off in the 56th minute, but the night belonged to Kawasaki's 22-year-old stars Ao Tanaka and Reo Hatate, who bagged a goal and a brace, respectively, to lead the home side to victory.