Japan forward Takumi Minamino scored two goals and set up another Thursday as Liverpool comfortably dispatched Lincoln City 7-2 to reach the fourth round of the Carabao Cup and set up a clash with Arsenal next week. 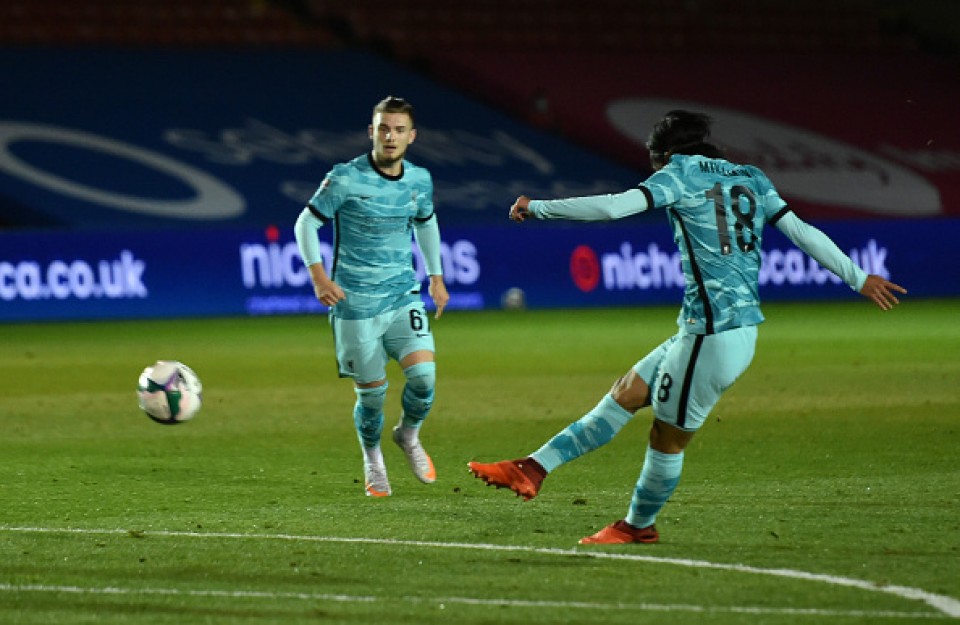 Takumi Minamino of Liverpool scores his side's second goal during the Carabao Cup third round match between Lincoln City and Liverpool at Sincil Bank Stadium on September 24, 2020 in Lincoln, England.(Pool/Getty/Kyodo)

Minamino doubled his side's lead to 2-0 in the 18th minute as he curled in an effort from outside the box at the LNER Stadium in Lincoln and scored his second just 18 seconds after the restart by poking the ball into an open net after Harvey Elliott's attempt was blocked.

Curtis Jones also bagged a brace while Xherdan Shaqiri, Marko Grujic and Divock Origi added their names to the scoresheet. The last goal came in the 89th minute when Minamino broke from his own half to slot a perfectly weighted pass into the path of Origi who steered the ball home.

2⃣ goals and a 🔝 performance 🤩@takumina0116 is your Man of the Match 🙌 pic.twitter.com/HHm3bzvGel

"I loved Taki's game tonight, to be honest -- it was absolutely outstanding and involved in so many situations. More and more, I think we all realize where his qualities are," manager Jurgen Klopp said on the team's official website.

"The opponent had to kick off seven times [after our goals] and the first guy who chased the opponent again when they received the pass was Taki. He set the rhythm for all these pressing and counter-pressing situations, so I really, really liked the game tonight." 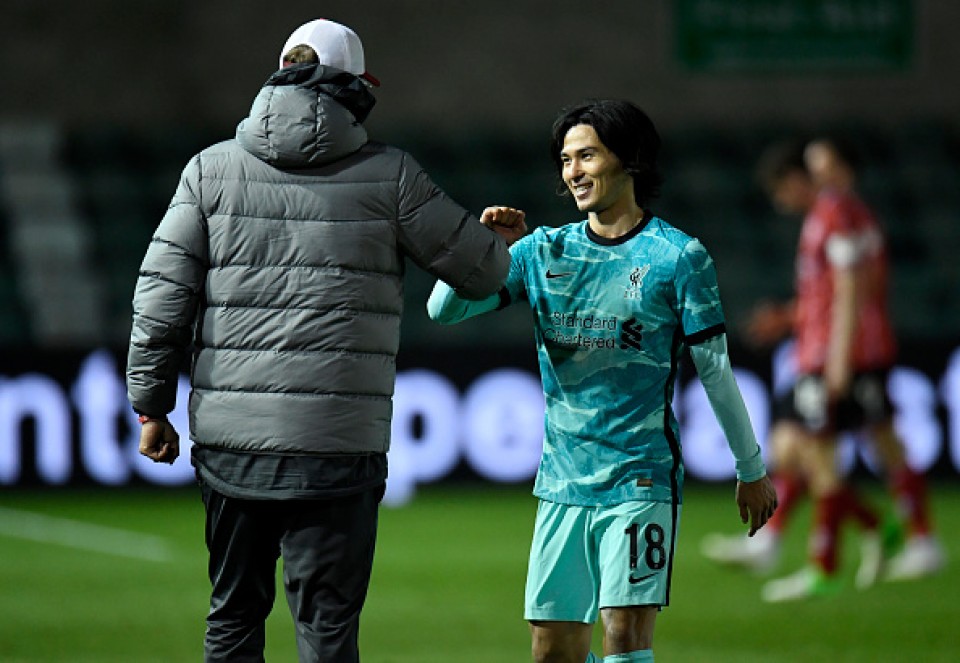 Jurgen Klopp, Manager of Liverpool and Takumi Minamino of Liverpool celebrate following their team's victory in the Carabao Cup third round match between Lincoln City and Liverpool at Sincil Bank Stadium on September 24, 2020 in Lincoln, England.(Pool/Getty/Kyodo)

Minamino scored his first goal for Liverpool on Aug. 29, when Arsenal lifted the Community Shield after defeating the Premier League champions on penalties.

Some VERY good goals for you to enjoy 🔥