Saki Kumagai became the first Asian player to score in a UEFA Women's Champions League final Sunday as she helped Lyon earn their fifth straight continental title and seventh overall with a 3-1 win over Wolfsburg.

The Japan captain found the net with a stunning long-range strike to put the French champions up 2-0 right before the break in San Sebastian, Spain. 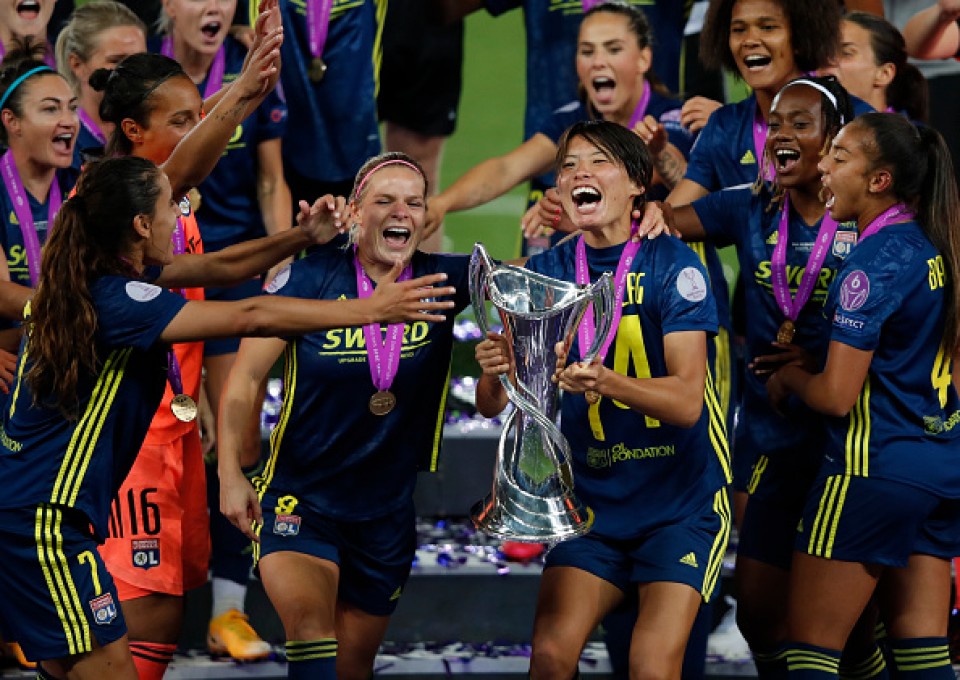 Football: Unable to give my all "disrespectful" to team: Atsuto Uchida

Eugenie Le Sommer had opened the scoring for Lyon in the 26th minute, while Sara Bjork Gunnarsdottir added some late insurance after Alex Popp pulled one back for German champions Wolfsburg.

What a 𝗦𝗧𝗥𝗜𝗞𝗘 from Saki Kumagai! 💥⚽️

🇯🇵 The first Japanese player to score in a #UWCLfinal 👏#UWCL pic.twitter.com/kn9Rehd9Cd

"I hope to keep showing what I can do as a Japanese player at the top level," Kumagai said after the match.

Kumagai had played in each of Lyon's five consecutive championship victories, but scored in a final for the first time on Sunday. The 29-year-old defensive midfielder earlier this year extended her contract with the club until next June.

"Playing on this stage is a dream, and it means a lot to keep producing good results," she said.