Shigeru Ishiba, a candidate to succeed Prime Minister Shinzo Abe, has abandoned plans to utilize the smash-hit video game "Animal Crossing" for his ruling party leadership election campaign as doing so would violate the game's terms of use, his camp said Tuesday.

Ishiba, a 63-year-old former defense minister, had looked to use the game on Nintendo Co.'s Switch console to reach out to rank-and-file members of the Liberal Democratic Party by setting up an island called "Jimin-to" -- a play on the party's Japanese name -- and making campaign yard signs available for users to download. 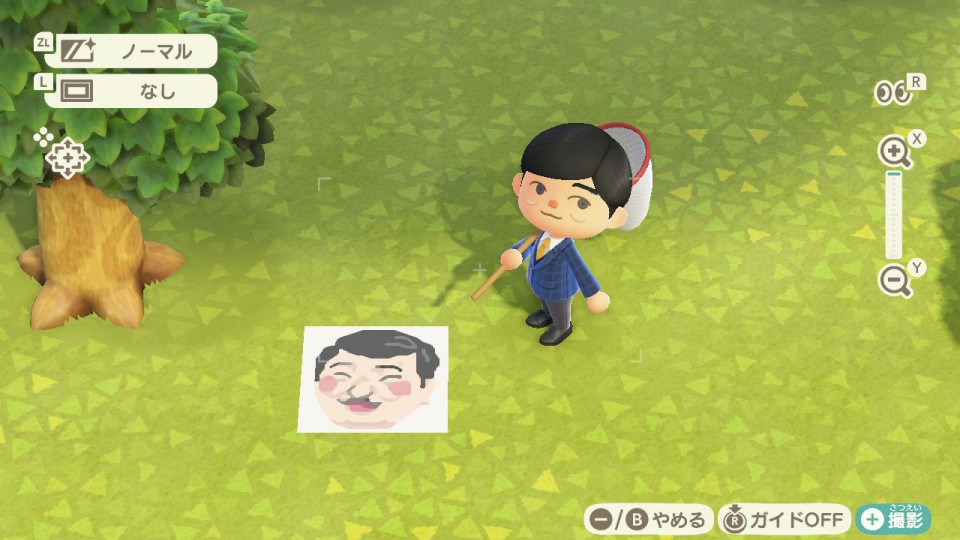 Supplied photo shows an avatar of Shigeru Ishiba that was to be used on the video game "Animal Crossing." (Photo courtesy of Masaaki Taira's office)(Kyodo)

But Nintendo's terms of use prohibit users from making political statements in the game, a fact many pointed out on social media after Ishiba's camp announced the move on Sunday.

In "Animal Crossing: New Horizons," players develop an untouched island inhabited by anthropomorphized animals through such activities as fishing, farming and building homes.

Ishiba had intended to drum up excitement ahead of next Monday's LDP leadership election as the coronavirus pandemic prevents candidates from making in-person stump speeches. Official campaigning for the race kicked off Tuesday.

In the election, Ishiba and former Foreign Minister Fumio Kishida, 63, face an uphill battle against the strong front-runner, Chief Cabinet Secretary Yoshihide Suga, 71, who has secured the backing of the majority of LDP Diet members.

The Kyoto-based company's U.S. affiliate, Nintendo of America Inc., sets no such rules prohibiting political speech, and U.S. Democratic presidential nominee Joe Biden has used the game to reach out to voters in his own campaign. 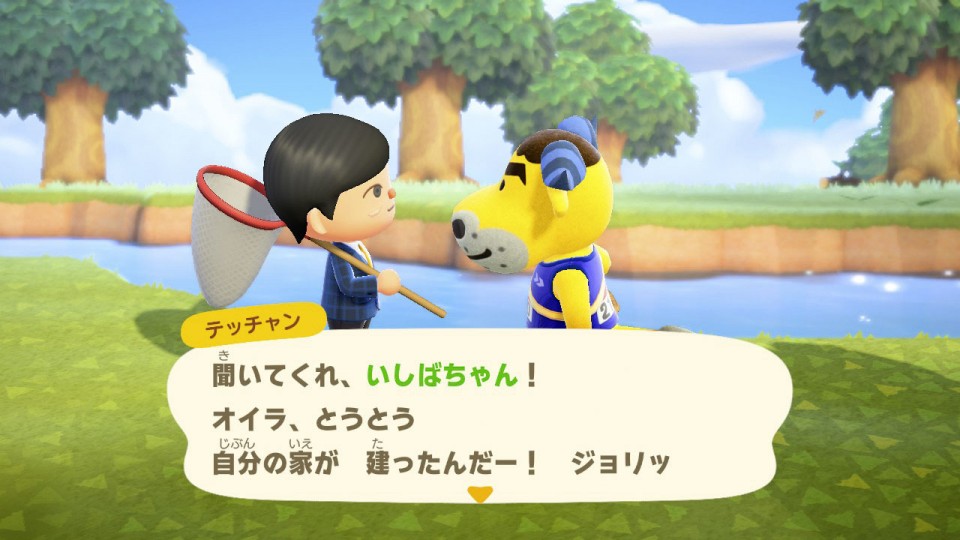 Supplied photo shows an avatar of Shigeru Ishiba that was to be used on the video game "Animal Crossing." (Photo courtesy of Masaaki Taira's office)(Kyodo)

The title had sold more than 22 million copies worldwide by the end of June as lockdown measures have kept users at home.

Ishiba is looking to gather support from rank-and-file LDP members, who will have their voices heard through primaries to decide how the party's local chapters vote, as well as unaffiliated voters ahead of the next general election that will be held before the House of Representatives members' current term ends in October 2021.

In the LDP presidential election, Diet members as well as three delegates each from the party's 47 prefectural chapters will cast ballots. Most of the local chapters are holding primaries. 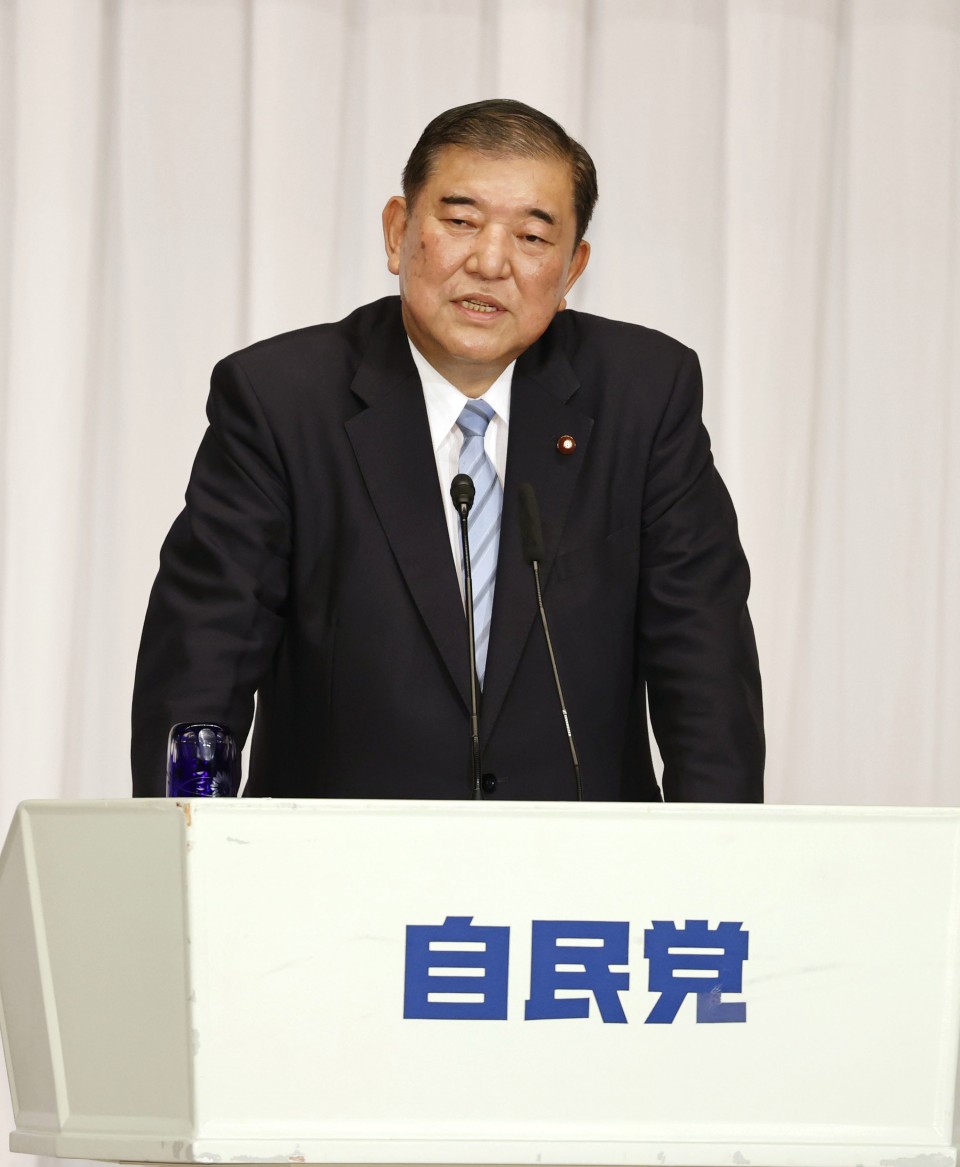 Former Japanese Defense Minister Shigeru Ishiba speaks during an event in which he and the two other Liberal Democratic Party presidential candidates made speeches in Tokyo on Sept. 8, 2020. (Kyodo)