The following are questions and answers regarding the Liberal Democratic Party's presidential election to be held next Monday.

Q: Why is the LDP presidential election such a big deal?

A: Because it will effectively decide Japan's next prime minister. The LDP-led coalition holds a majority in both chambers of parliament, meaning whoever the ruling party picks is almost certain to be elected the country's leader by the Diet as well.

Q: How is the LDP president elected?

A: First, hopefuls are required to gather at least 20 nominations from among the LDP's Diet members to run. Following a campaigning period, an election is held within the party and whoever gets a majority of votes wins. If no candidate wins an outright majority in the initial stage, a runoff between the top two contenders will be held. 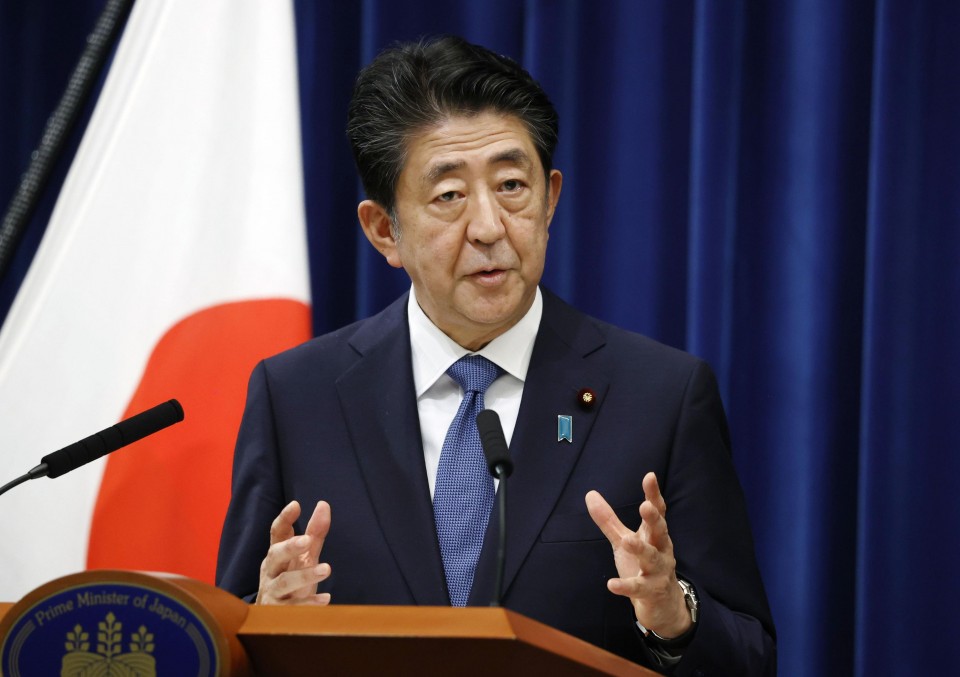 Japanese Prime Minister Shinzo Abe speaks at a press conference at his office in Tokyo on Aug. 28, 2020. Abe announced his intention to step down, citing his declining health. (Kyodo)

Q: Why did the LDP decide to scale down the election?

A: The party has a rule that says it can hold an abbreviated vote if the president steps down in the middle of their term and there is an urgent need to name a new leader. Since Prime Minister Shinzo Abe is resigning before the end of his term through September 2021 and Japan is in the middle of the coronavirus pandemic, LDP heavyweights have decided to go with the scaled-down vote.

Q: Doesn't it affect the outcome?

A: Many LDP members have expressed concerns that their voices will not be reflected in the results under such an election. To address such worries, the LDP General Council has advised local chapters to check the opinions of rank-and-file members by mail and other means before the vote.

Q: Does that mean the local chapters will hold primaries?

A: Most chapters have decided to hold their own primaries to decide who to cast their three votes for. But it is up to each chapter to decide whether to allocate the three votes in proportion to the number of ballots received from rank-and-file members, employ the winner-takes-all method or use another method.

Q: How long is the term of an LDP president?

A: A single term is three years, and one president can serve up to three consecutive terms under LDP rules. However, since Abe is stepping down in the middle of his term, the new president can only serve the remainder of his term, which is about one year.