As Japan's ruling party moves to pick Prime Minister Shinzo Abe's successor, analysts in the United States are concerned Tokyo may see a return to an era of revolving-door leadership amid security challenges in Asia, even though they expect the U.S.-Japan alliance to remain robust.

Japan's Chief Cabinet Secretary Yoshihide Suga is believed to be on course to win the Sept. 14 ruling party leadership race that will decide the next prime minister, casting himself as a candidate qualified to carry Abe's policy legacy forward after serving as the administration's public face over its nearly eight-year life. 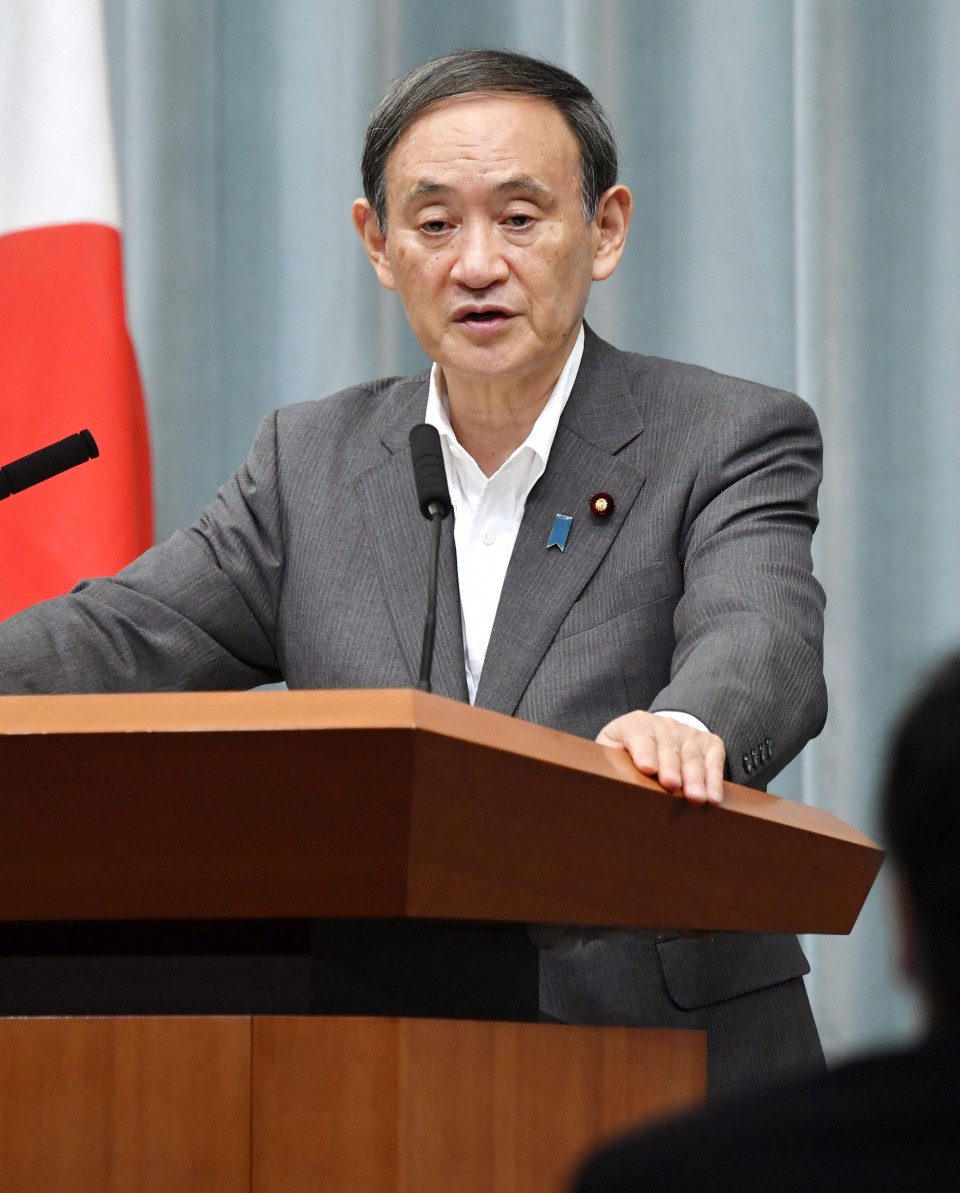 "Continuity is likely and I think that's testament to Abe's influence and legacy," Michael Green, senior vice president for Asia at the Center for Strategic and International Studies, said at an online event of the 65-year-old who doubles as Liberal Democratic Party president and announced in late August that he will leave halfway through his term due to a chronic illness.

But Green noted Japan tends to see short-lived governments after the departure of long-term leaders, and that destabilizing pattern in Japanese politics is somewhat "worrisome."

Before Abe took office in December 2012 and eventually became Japan's longest-serving prime minister, the country had seen six prime ministers in six years, including Abe's first stint from 2006 to 2007 which was cut short due to the same illness.

The most recent long-term prime ministers have been Junichiro Koizumi, a highly popular leader who was in office for over five years through September 2006, and Yasuhiro Nakasone, who served for about five years in the 1980s. Both stepped down because their term as LDP president expired.

The political stability Abe brought over the past years has been a welcome change, U.S.-based experts on Japanese politics say, with Tobias Harris, an analyst in Washington at consulting firm Teneo Intelligence, pointing out that it enabled him to pursue consistent foreign policies even at the risk of eliciting strong public backlash. 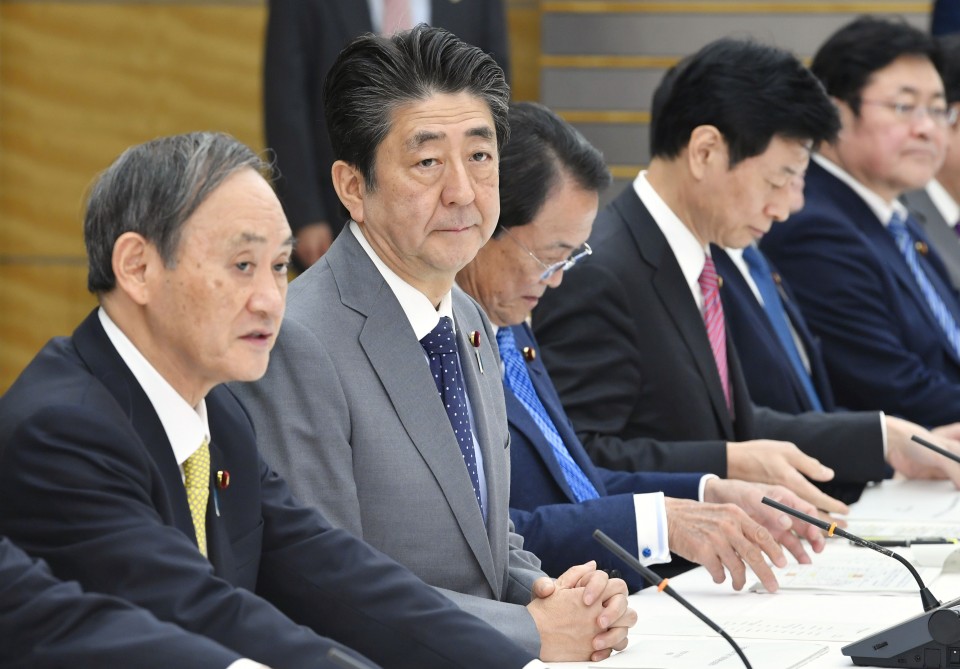 "Abe was willing to take domestic risks to make the U.S.-Japan alliance stronger and that was really central to his agenda," he said at a recent online event hosted by the Japan Society in London.

One of the most significant, and domestically controversial, security reforms by the Abe government was to address what was deemed as the asymmetric aspect of the Japan-U.S. alliance -- the inability of Japan to defend U.S. forces or territory under attack due to its constraints under the war-renouncing Constitution.

Abe pushed through security legislation in 2015 that enabled the country to, under certain conditions, exercise the right to collective self-defense, or to defend allies even in cases when Japan is not directly attacked.

In an attempt to counter China's growing assertiveness in the region, Abe has also worked to diversify Japan's foreign and security policy to involve other countries such as Australia and India.

"He charted a more assertive and independent path for Japan, while still reinforcing its alliance with the United States and expanding avenues of bilateral coordination," James Schoff, a senior fellow at the Carnegie Endowment for International Peace, said in a commentary posted on the think tank's website.

The next Japanese leader will have to keep pushing forward on three fronts -- maintaining the alliance with the United States, finding a stable equilibrium with China that does not compromise Japanese interests, and building a coalition with other nations in case one or both of those first two goals proves too difficult, according to Schoff.

But a return to a "frequent political turnover" may lead to difficulty "demonstrating leadership, or following through on potentially unpopular things," which are likely to continue on the security front in countering China and North Korea's nuclear and missile threats, Schoff said in a phone interview.

If Suga, who has already secured the backing of most of the LDP's factions, wins the Sept. 14 race, he will be entitled to serve the remainder of Abe's term as party leader through September next year.

However, it will be Suga's performance, popularity and electoral prospects that are likely to determine whether he is a viable long-term leader or will end up as a mere caretaker in the wake of Abe's abrupt departure.

A House of Representatives election that will test the LDP's hold on power must be held by late October next year, when the four-year term for lower house lawmakers end. 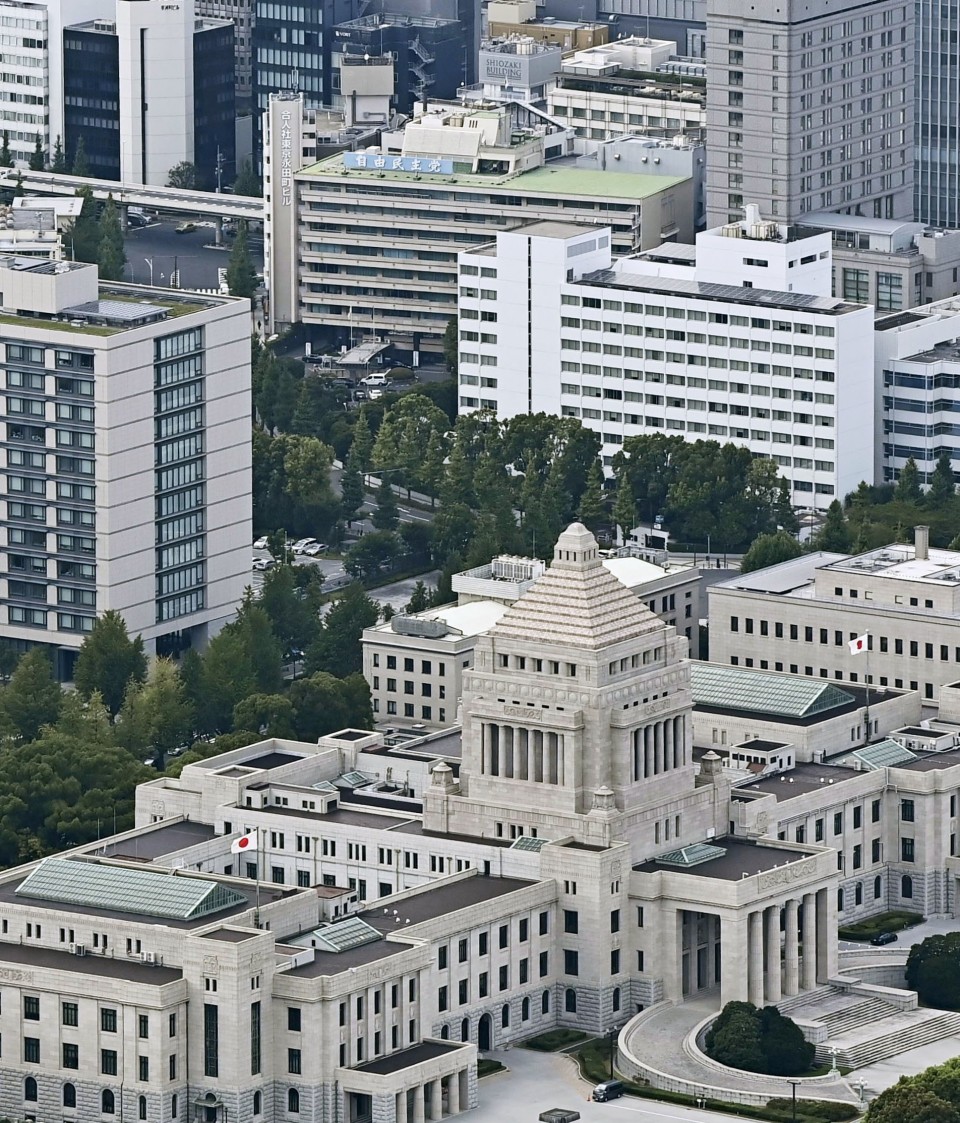 As a near-term issue, Abe's successor will have to work to forge ties with whoever wins the U.S. presidential election on Nov. 3 -- Republican President Donald Trump, 74, or Democratic presidential nominee Joe Biden, 77.

Abe managed to build personal ties with Trump, a real estate mogul who was elected in 2016 with no experience in public office and who has proven an unpredictable and unconventional diplomat, through his unabashed flattery and cajoling, including his "golf diplomacy" push.

Harris said "some pretty substantial diplomatic challenges" await Suga if he becomes prime minister, given his relative lack of foreign policy experience and the difficulty of holding in-person summits amid the coronavirus pandemic.

Although serving as top government spokesman means "everything was part of his portfolio," the one thing that has been "missing" from Suga's career is that he has never held the posts of a foreign or defense minister, Harris said.

Suga has rarely traveled overseas over the past years as a chief Cabinet secretary responsible for crisis management. His visit to the United States last year was his first trip abroad since going to Guam in 2015.

Schoff said it will likely be easier for the next Japanese leader to work with Biden, who has vowed to strengthen ties with allies and revive U.S. commitments to international institutions that he believes have been undermined under Trump's "America First" agenda.

"Biden's going to be in sync a lot more with the policies that Suga and his team are going to want to pursue," said the former senior adviser for East Asia policy at the Defense Department during the administration of President Barack Obama. Biden served as Obama's vice president for eight years from 2009.

If Trump is re-elected, the challenge could be greater as it will be another four years in which Tokyo will be forced to deal with a president who is critical of the current shape of the alliance and has pressured Japan to pay substantially more of the costs associated with hosting U.S. troops.

While noting that the next Japanese leader's top priority will likely be Japan's economic recovery from the pandemic, Schoff warned that it should not come at the expense of foreign policy.

"Abe's successful foreign policy record hangs in the balance, and a revolving door of prime ministers would undermine Japan's vital support for multilateral institutions and its more proactive and diversified bilateral diplomacy," he said.