Top candidate Yoshihide Suga, 71, who has served as chief Cabinet secretary for nearly eight years under the Abe administration, is vying with Shigeru Ishiba, a 63-year-old former defense minister and vocal critic of Abe, and Fumio Kishida, 63, a former foreign minister and currently the LDP's policy chief.

The LDP election will be held following Abe's abrupt announcement late last month that he will step down as party leader and prime minister for health reasons. It is being closely watched as the winner will be chosen as his successor at an extraordinary Diet session on Sept. 16 given the party's dominance of parliament.

Suga said he will continue with Abe's policies as someone who has long supported the administration as the top government spokesman and will choose reform-minded people and specialists if he is chosen to succeed Abe.

"Amid this national crisis (of the coronavirus outbreak), we cannot afford a political vacuum or a moment to spare," Suga said in a speech at the party's headquarters, adding that "I will carry on the work of Prime Minister Abe and hope to move forward further."

He shrugged off speculation that he might dissolve the House of Representatives for a snap election soon if he becomes prime minister, when asked about the possibility.

He said he would think about whether to do so after the coronavirus outbreak has been brought under control. Lower house members are set to see their four-year terms end in October next year.

Among other issues, he called for eliminating sectionalism at ministries and creating a digital agency as the coronavirus pandemic has underscored the need to facilitate online medical examinations and administrative procedures as well as education using advanced online technology.

While Suga has secured the backing of the majority of 394 LDP lawmakers who will vote, the focus of the election is also on how many votes Ishiba and Kishida can attract as the election will serve as a bellwether for the next presidential election to be held by the end of September next year when Abe's current term ends.

Ishiba, who is popular among rank-and-file members than among parliamentary members, is seeking a departure from Abe's policies, saying he wants a "great reset" and to "rewrite the blueprint" of Japan. The country cannot survive the next era without it, Ishiba said in a speech at the party's headquarters.

He said he will decentralize the Tokyo-centric economy to help revive rural areas and create a disaster management agency, saying the disaster-prone country needs a unified response system. Ishiba said he is not thinking about a snap election as members of the lower house should serve out their terms.

Kishida, who served as foreign minister during part of Abe's second tenure of seven years and eight months, praised the premier's achievements on the economic and diplomatic fronts. But he called for addressing the income gap in Japan, pledging to raise the minimum wage and reduce education costs.

"I have realized the significance of the power of listening to the people in politics," Kishida said at the headquarters. 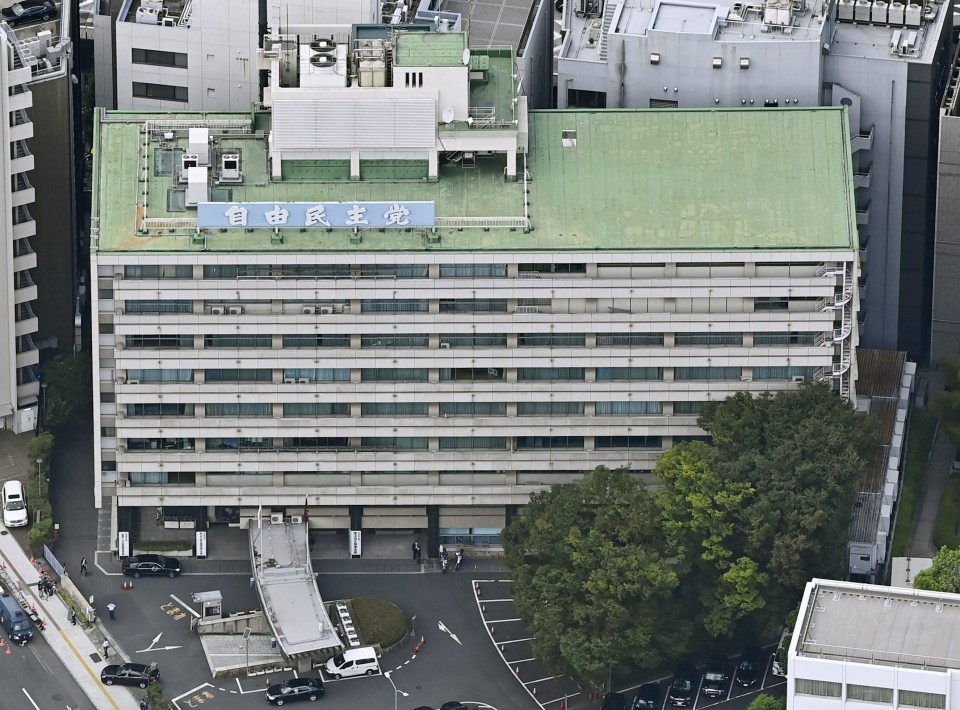 The party has decided to hold an abridged version of the leadership election this time to pick a successor as quickly as possible as Abe is stepping down in the middle of his term amid the current challenges in responding to the coronavirus pandemic.

If the election were held under usual procedures, candidates would have needed to secure a majority of the 788 votes up for grabs, with Diet members and rank-and-file members holding 394 votes each.

But the scaled-down version will be held with the 394 Diet member votes and a total of 141 votes cast by three delegates each from the party's 47 prefectural chapters. Most of the local chapters are holding primaries.

With the pandemic, as well as a powerful typhoon, hitting southwestern Japan, the candidates will refrain from taking part in debates or from giving outdoor stump speeches. They have instead been presenting their policies online and through appearances on TV programs.