Kei Nishikori picked up his first win in a year at the Italian Open on Monday, defeating two-time ATP Tour titlist Albert Ramos-Vinolas 6-4, 7-6(3) to reach the second round of the clay court tournament in Rome.

It marked Nishikori's first win since the 2019 U.S. Open, a hard court event he opted to skip this year after a positive coronavirus test. The 30-year-old Japanese is playing in his second tournament since his return from elbow surgery. 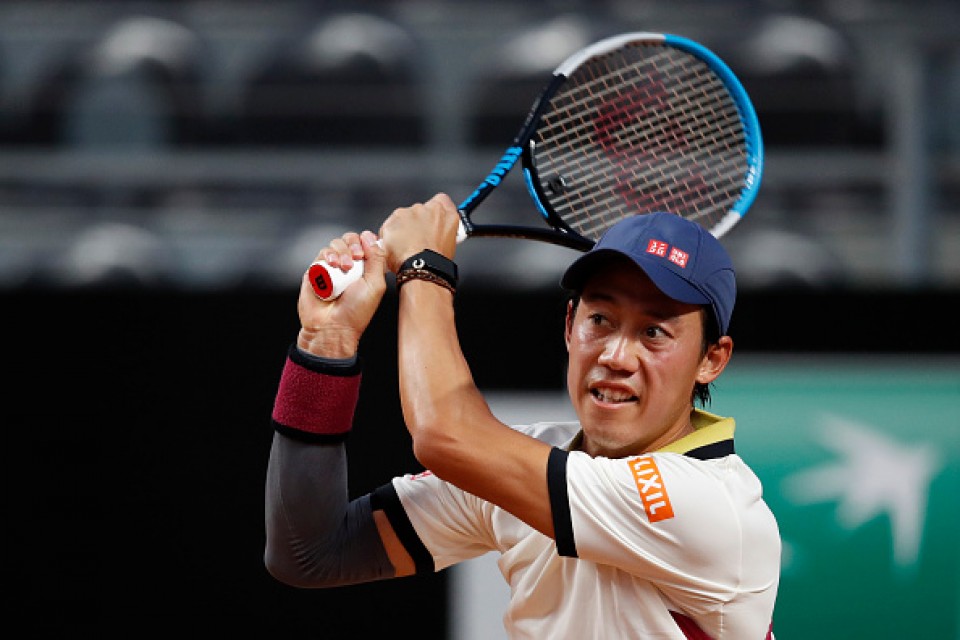 Kei Nishikori of Japan plays a backhand in his round one match against Albert Ramos-Vinolas of Spain during day one of the Internazionali BNL D'Italia at Foro Italico on Sept. 14, 2020, in Rome, Italy.(Getty/Kyodo)

"Very happy to win. I think winning is most important for now. I need to get a lot of confidence. It's been a long time since the U.S. Open last year," Nishikori said on court after his victory.

"Happy to go through. It wasn't maybe perfect yet, but hopefully one by one I'll get better."

Nishikori needed six match points to get past the Spaniard in two hours and four minutes behind closed doors at the Foro Italico.

Nishikori will next meet either three-time Grand Slam champion Stan Wawrinka or Italian qualifier Lorenzo Musetti, who meet in a first-round match on Tuesday.

Nishikori suffered early defeat on clay on his ATP Tour return at the Generali Open in Kitzbuhel, Austria last week, making first round exits in both the singles and doubles.

"Today was much better than last match last week. I would say twice better," he said.

Many high-profile names are missing from the Italian Open due to a variety of reasons, but Novak Djokovic and Rafael Nadal are in the draw as they get ready for the second Grand Slam of the year, the French Open, which gets under way Sept. 27 in Paris.