Japan's Kei Nishikori said Wednesday he will skip the U.S. Open despite testing negative for the novel coronavirus, citing a lack of practice for the tournament slated to begin next week.

"I am happy to announce that I tested negative for COVID. I will slowly pick up my practice schedule tomorrow," Nishikori said on his official app. 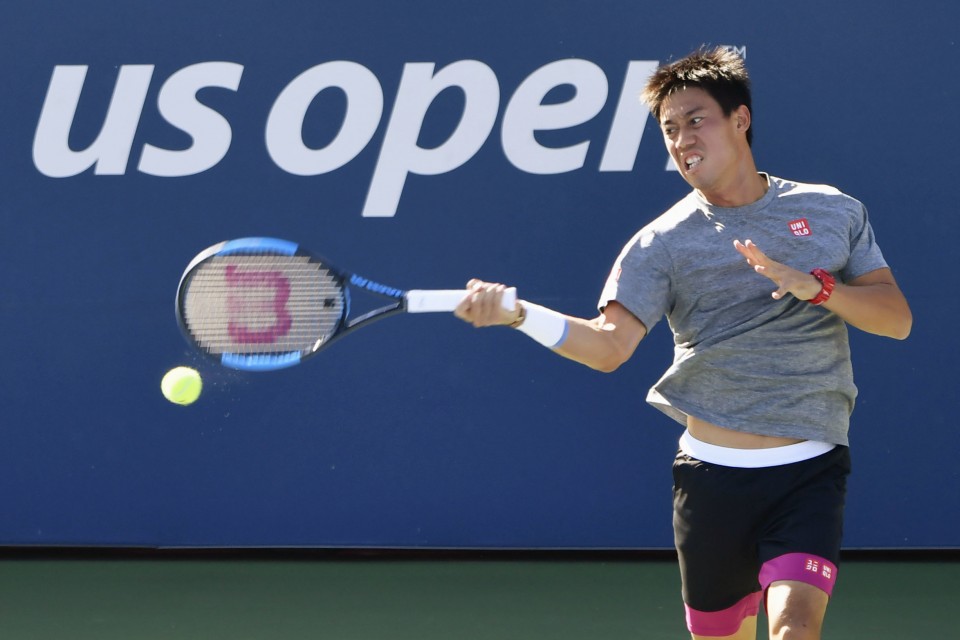 Kei Nishikori of Japan practices ahead of his third-round singles match against Alex de Minaur of Australia at the U.S. Open tennis tournament in New York on Aug. 30, 2019. (Kyodo)

"Having said that, I (together with my team) have decided to skip the U.S. Open this year. After such a long break, I feel that returning in a best-of-5 long-match setting is not smart until I am fully ready to do so."

Nishikori revealed he tested positive for the novel coronavirus on Aug. 16 and pulled out of the Western and Southern Open, a U.S. Open warm-up event moved to New York from its normal venue in Cincinnati.

He followed up with news last week that he tested positive for the virus again, making it very unlikely that he would play in the U.S. Open in New York scheduled to be held between Aug. 31 and Sept. 13.

The former world No. 4 lamented he would miss out on the event at Flushing Meadows, where he had his career-best Grand Slam result in 2014 when he finished runner-up.

He said he intends to kick off his 2020 campaign at the clay-court events beginning in September and leading up to the postponed French Open.

"It's disappointing as I love the U.S. Open and have great memories there," he said. "I will start on the clay."

Currently ranked 31st in the world, Nishikori has not played a competitive match since undergoing right elbow surgery in October last year. He reached the U.S. Open semifinals in 2016 and 2018 but made a third-round exit last year before ending his season early.

According to sources close to the matter, Nishikori had been practicing well at the IMG Academy in Florida until mid-August but underwent a test for coronavirus after experiencing a slight fever.

He had apparently been refraining from going anywhere besides practice but was eventually forced to stop training as the coronavirus situation in Florida became more serious.

The men's ATP Tour and women's WTA Tour each resumed this month following a nearly five-month delay caused by the pandemic.

The U.S. Open, normally the year's final grand slam, will be held behind closed doors for the first time in its history as part of efforts by the organizers to reduce the risk of infection.