A sports museum in Tokyo is leading the way in the creation of a network with similar organizations across Japan, aiming to protect and preserve valuable pieces of the nation's athletic history.

That there is no shared system under which the pieces of memorabilia, including medals and reference materials, are organized is a major concern to people working at museums. Additionally, there is no universal list maintained by any public organization that indicates which institution holds any particular object. 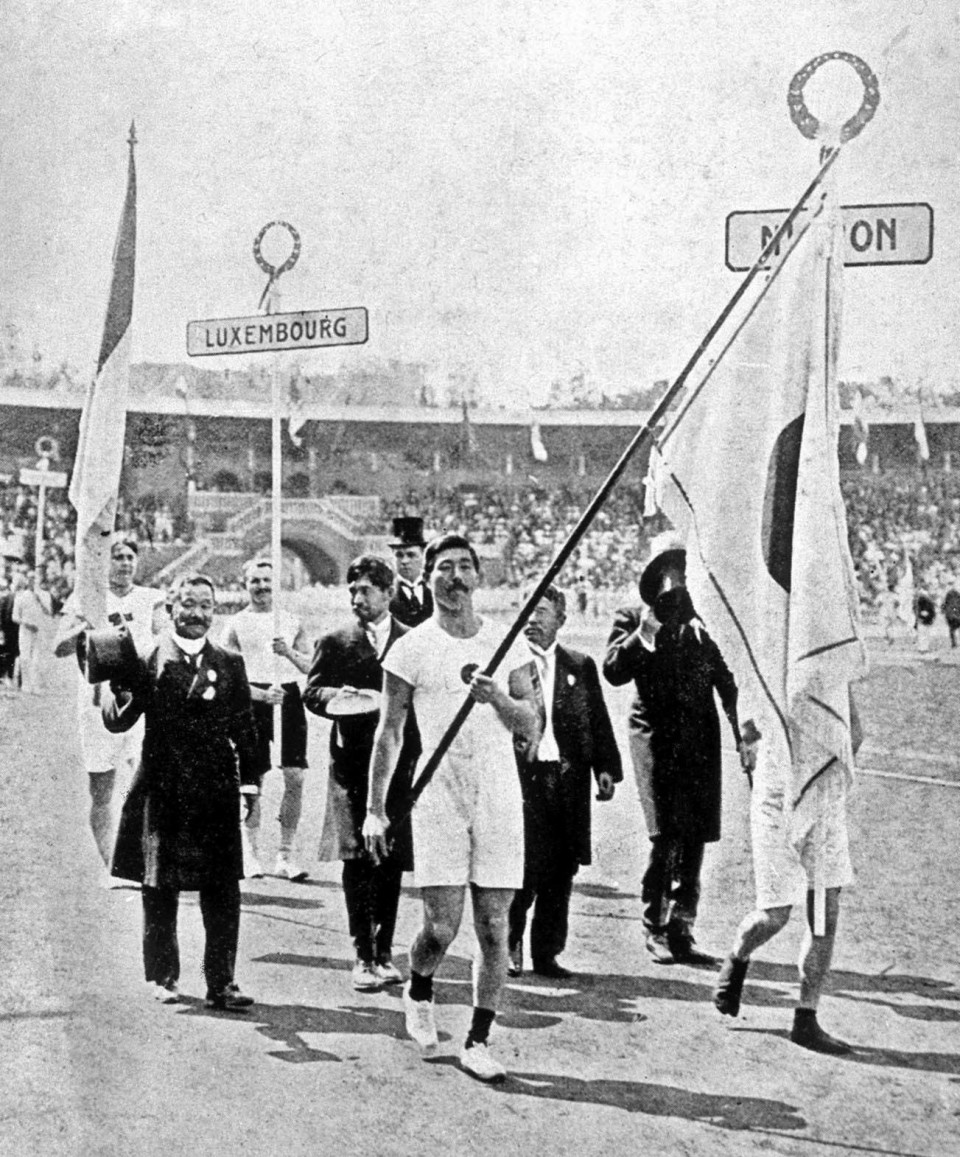 File photo shows Japanese Olympians participating in the Stockholm Olympics in 1912 for the first time. (Kyodo)

To rectify the situation, the Prince Chichibu Memorial Sports Museum and Library plans by March next year to hold a symposium with about 300 institutions that maintain sport memorabilia to discuss the importance of these objects and stress the need to keep collections from being broken up or lost.

"There are many types of materials from sports history. They are scattered in many parts (of the country), and only a few people understand their importance," said Sachiko Niina, a curator of the Tokyo museum. "We need a system that prevents these materials from being dispersed."

Niina, 41, added that she also wants to work on other programs, including developing people's expertise and knowledge of sporting mementos, and hold research projects in Japan and abroad related to past Olympics and Paralympics.

While most museums in the country are dedicated to one sport -- the most prominent in Japan focused on sumo, soccer, and baseball -- it is believed that smaller rural institutions hold historical pieces that belonged to athletes from the respective areas.

In a separate project, the Tokyo museum wants to create a digital archive with other institutions, such as companies, universities, sports bodies and municipalities.

The plan is to develop a database that will allow people to search for certain items and documents without having to physically travel to where they are stored or displayed.

The Prince Chichibu Memorial Sports Museum and Library opened in 1959 inside the old National Stadium to contribute to the development of sport in the country and display items of historical note.

However, the museum has been closed since the stadium was demolished and the new National Stadium built on the site in the lead up to the 2020 Tokyo Olympics, which were postponed in March due to the novel coronavirus pandemic.

The museum will be moved to a different area but the location and timing of its reopening remain up in the air.

The museum recently discovered that an Olympic medal in its collection believed to have been the first won by a Japanese was very likely the second.

It is now thought the medal is a silver awarded to Seiichiro Kashio in men's tennis doubles at the 1920 Summer Games in Antwerp, Belgium.

There is also a case in which an item of historical value was stolen from the Tokyo museum.

In 2010, a championship medal won by German Hermann Weingartner at the first modern Olympics in Athens was stolen during an exhibition at the museum. The medal had been a gift from the late gymnast Yukio Endo, who won the men's all-around event at the 1964 Tokyo Games.

While the system of protecting and preserving sports-related items is considered currently insufficient, experts say they just have to look to Japan's neighbor South Korea for an example of how to do it well. There, medals and equipment are registered as cultural properties.

"As for medals, they are useful for people who watched the competitions to recall the athlete, but that is not enough," Niina said. "Preserving other materials, documents, and books about the performance and efforts that led to winning a medal will also enable documenting the performance multidimensionally."

"Japan doesn't understand that historical resources related to sports are cultural properties," he said. "Now that it has been more than 100 years since the country first participated in the Olympics, it should reach the understanding that sport is also culture."