The organizers of the Tokyo Olympic and Paralympic Games held a ceremony Monday to mark the opening of the public display of the Olympic flame.

The flame arrived in Japan from Greece on March 20, four days before the games were postponed until the summer of 2021 due to the novel coronavirus pandemic. Since the decision, the flame had been kept at a facility of the Tokyo Fire Department. 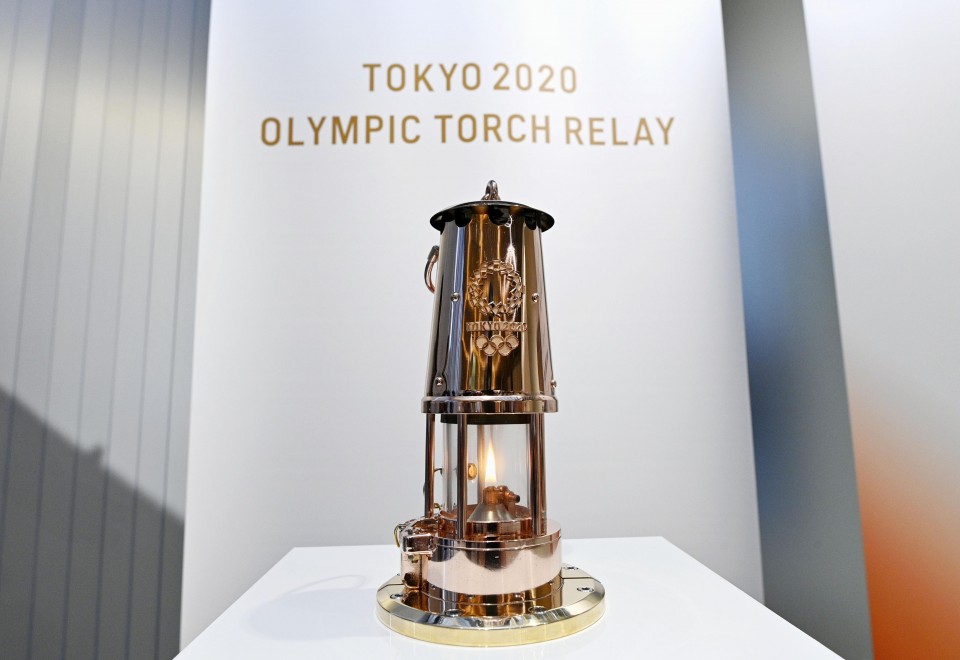 Photo taken Aug. 31, 2020, shows the Olympic flame in a lantern at Japan Olympic Museum in Tokyo. It will go on display to the public from Sept. 1 to Nov. 1. (Pool photo) (Kyodo)

The public will be able to view it from Tuesday until Nov. 1 at the Japan Olympic Museum near the main stadium for the games in central Tokyo.

"Athletes aiming to participate in next year's Olympic and Paralympic Games are training amidst concern about the COVID-19 pandemic. I am confident that the display of the Olympic flame in Japan will be a heartening symbol for them," Yamashita said. 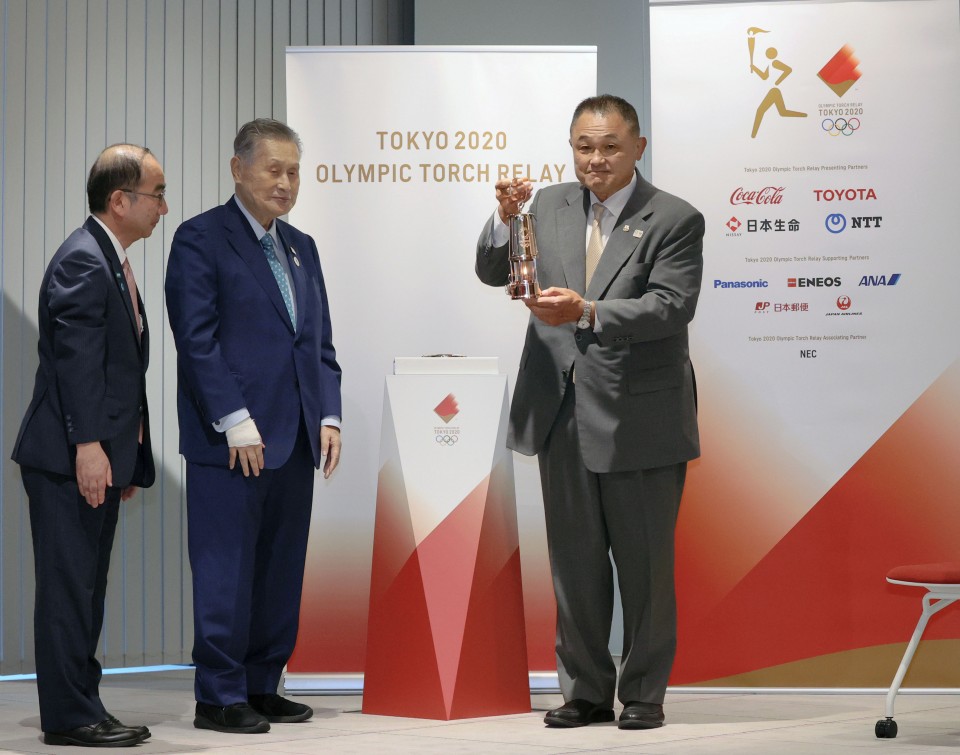 Yasuhiro Yamashita (R), president of the Japanese Olympic Committee, and Yoshiro Mori (C), head of the Tokyo Olympic organizing committee, attend a ceremony to put the Olympic flame in a lantern on display at Japan Olympic Museum in Tokyo on Aug. 31, 2020. It will be shown to the public from Sept. 1 to Nov. 1. (Pool photo) (Kyodo)

Bookings to view the flame must be made in advance, with the museum limiting the number of entrants to prevent the spread of the virus. General admission is 500 yen ($5), with free entry for children up to and including high school students.

The organizers also plan on displaying the flame in other regions in the run-up to the torch relay, which is expected to begin March 25, 2021, from the J-Village soccer training center in Fukushima Prefecture.