Yu Darvish won his seventh-straight start on Friday, a solo home run accounting for his only base runner over seven innings in the Chicago Cubs' 4-1 win against the St. Louis Cardinals.

Darvish (7-1) on Wednesday won National League Pitcher of the Month honors for July and August, and his latest 101-pitch effort at Wrigley Field, where he struck out 11, did no harm to his prospects as a Cy Young Award candidate.

The right-hander leads both leagues in wins, while his 1.44 ERA is best in the National League. The seven-straight wins represent his longest winning streak since he moved to the major leagues in 2012. 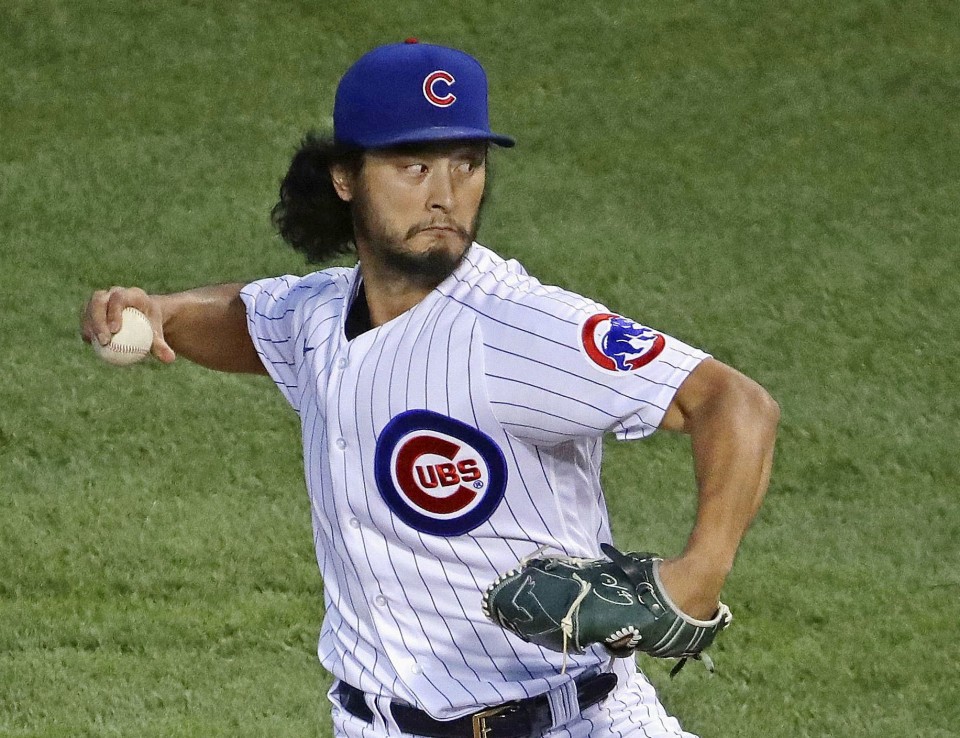 Starting pitcher Yu Darvish #11 of the Chicago Cubs delivers the ball against the St. Louis Cardinals at Wrigley Field on September 04, 2020 in Chicago, Illinois. (Getty/Kyodo)

"I thought pitch sequences different from what I'd used before would confuse the Cardinals. Lots of slow curves and changeups early in the count at the start of the game worked out," said Darvish.

"People's opinions (on the Cy Young Award) do not matter. My focus is on executing my pitching plan against each batter. I feel I have become better at controlling myself (mentally) when I block out distractions."

Darvish surrendered a solo shot with none out in the sixth to Matt Carpenter.

Cubs designated hitter Wilson Contreras drove in all four runs, singling in two runs in the first and another in the third off Cardinals starter Jack Flaherty (2-1) before launching a solo shot in the bottom of the sixth.

Seattle Mariners left-hander Yusei Kikuchi (2-2) also had a convincing outing, holding the Texas Rangers to a run over six innings in a 6-3 win at T-Mobile Park.

"I couldn't get ahead in counts with my fastball, but was able to get outs with the cutter," said Kikuchi, who added that without his best stuff he relied more on his curve and changeup.

Tampa Bay Rays rookie Yoshitomo Tsutsugo went 2-for-2 with two walks, two runs and his sixth home run in a 5-4 win over the Miami Marlins at the Rays' Tropicana Field.

At Angel Stadium, Shohei Ohtani saved the best for last, singling in the winning run as the Los Angeles Angels walked off 6-5 winners over the Houston Astros.