Yusei Kikuchi posted his first win of the season and Jose Marmolejos hit a grand slam in the Seattle Mariners' 8-3 victory over the San Diego Padres in the second game of a doubleheader on Thursday.

In his fifth start, Kikuchi (1-2) allowed three runs on seven hits over five innings with six strikeouts at Petco Park. He gave up a solo homer to Manny Machado in the bottom of the first. 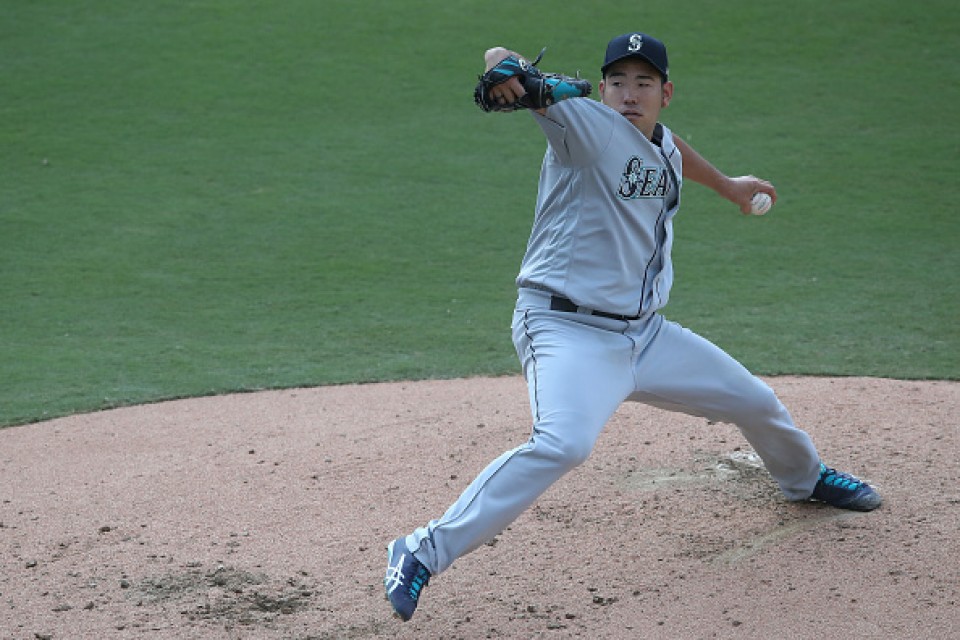 Yusei Kikuchi #18 of the Seattle Mariners pitches during the fifth inning of the second game of a double header against the San Diego Padres at PETCO Park on August 27, 2020 in San Diego, California. (Getty/Kyodo)

Marmolejos, who also hit a two-run homer in Seattle's 10-7 loss in the first game, connected off Garrett Richards (1-2) in a six-run first inning.

"As with every season getting the first win is always the hardest," said Kikuchi, who mixed 98 miles per hour (about 158 kilometers per hour) fastballs with sliders that dove through the strike zone.

"The offense scored early and made it easier for me to establish a game plan. I think I threw the best fastballs this year. The Padres wouldn't let me get easy outs but it was good I persevered." 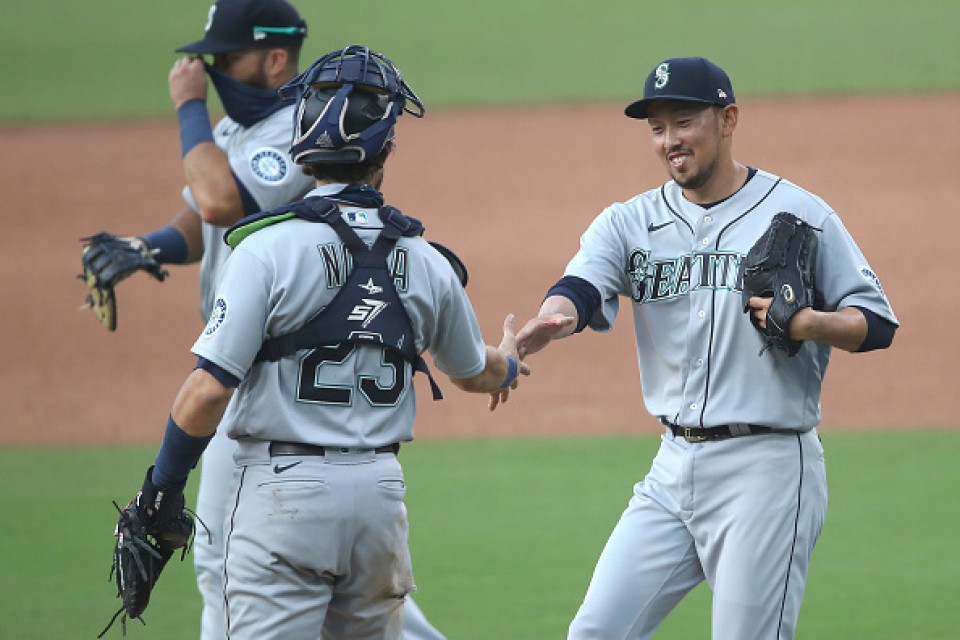 Austin Nola #23 congratulates Yoshihisa Hirano #6 of the Seattle Mariners after defeating the San Diego Padres 8-3 in the second game a double header at PETCO Park on August 27, 2020 in San Diego, California.(Getty/Kyodo)

His Japanese compatriot Yoshihisa Hirano worked one scoreless inning of relief in the seven-inning game.