Darvish has a 6-1 record with a 1.47 earned run average in seven starts so far this season and has been touted as a potential Cy Young Award candidate because of his high-quality performances to start the shortened regular season. 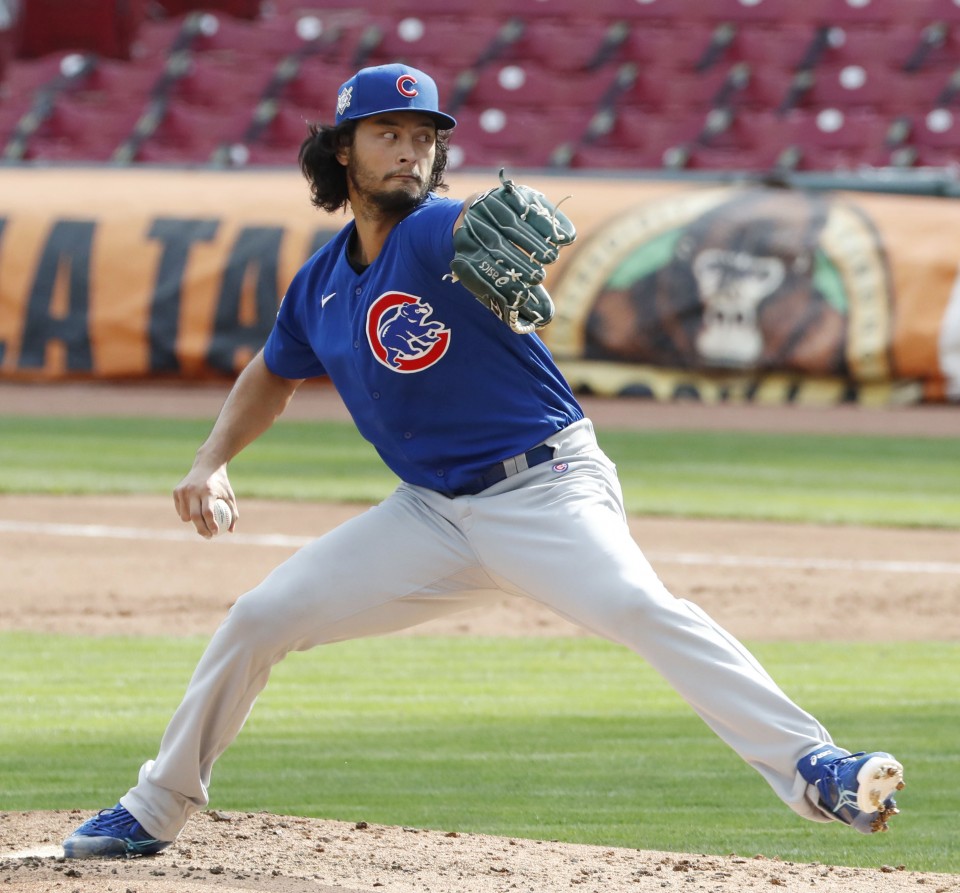 Yu Darvish of the Chicago Cubs pitches against the Cincinnati Reds in the first game of a doubleheader in Cincinnati, Ohio, on Aug. 29, 2020. (Kyodo)

He becomes the first Japanese pitcher to win the award in either the National or American leagues since the New York Yankees' Masahiro Tanaka took the honor in May 2014, and fourth Japanese pitcher overall. Hideo Nomo and Hideki Irabu each won twice.

Darvish was dominant in August, winning all five of his starts while posting a 1.09 ERA and 1.03 walks plus hits per innings pitched while striking out 40 batters in 33 innings. He reached double-digit strikeouts in a start twice.

Darvish is currently tied for the MLB lead with six wins and has the second-lowest ERA in the MLB.

The Cleveland Indians right-hander Shane Bieber took the American League honor, with a 6-0 record and 1.20 ERA in July and August.