Yu Darvish kept the best winning streak of his major league career alive by claiming his sixth straight victory on Saturday as the Chicago Cubs split a doubleheader with the Cincinnati Reds.

Darvish (6-1) tossed six scoreless innings in the first game at Great American Ball Park and was backed by a pair of solo homers from Anthony Rizzo. The Cubs won 3-0 and ended a three-game losing skid before falling 6-5 in Game 2.

"I pitched calmly, thinking about opportunities for double plays, when it was possible to coax a grounder, the tendencies of the opposing batters," said Darvish, who scattered seven hits while striking out eight and walking two.

Darvish's compatriot Shogo Akiyama batted seventh for Cincinnati and went 1-for-2 with a line-drive single, connecting on an 0-2 fastball in the sixth before getting tagged out in a double play. 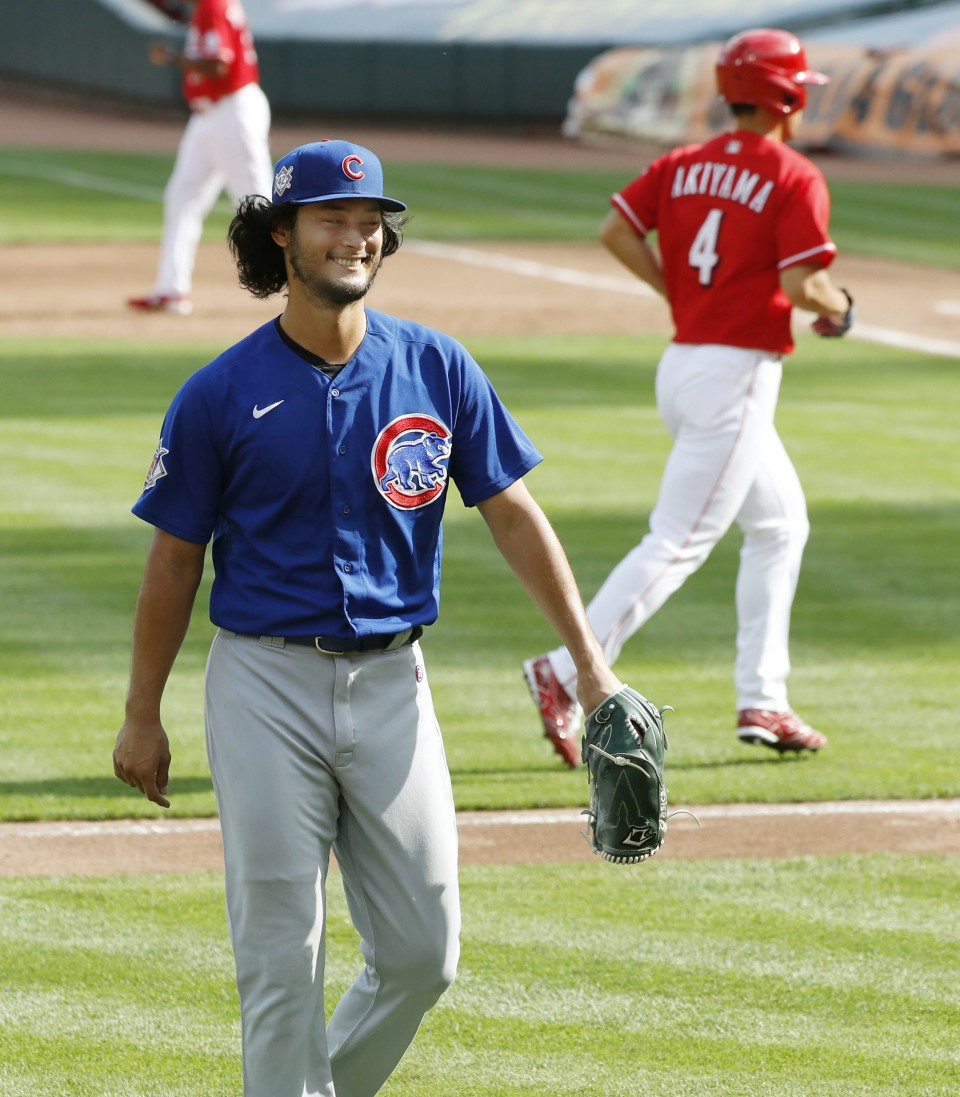 Yu Darvish of the Chicago Cubs smiles as he returns to the bench after completing the second inning of the first game of a doubleheader against the Cincinnati Reds. (Kyodo)

The Reds' center fielder also reached on catcher interference in his first plate appearance and again on a fielding error by the Cubs' starter in his second.

"In his last at-bat, (Akiyama) hit it perfectly straight and really showed me," Darvish said. "I knew he was a good batter, but this was something more."

Akiyama said the hit was "a very memorable one" for him.

"There was a chance he wasn't going to let me do anything and I was nervous," he said. "I was just trying to see how to sink my teeth into it more than enjoying it. It was good to get one out."

Akiyama made a sliding catch in the top of the fourth to retire Willson Contreras in support of Trevor Bauer (3-2), who yielded three runs and took the loss in the shortened seven-inning contest.