Teenage prodigy Takefusa Kubo made his first appearance for Villarreal on Sunday, playing the second half of a 3-1 friendly win against second-division Cartagena. 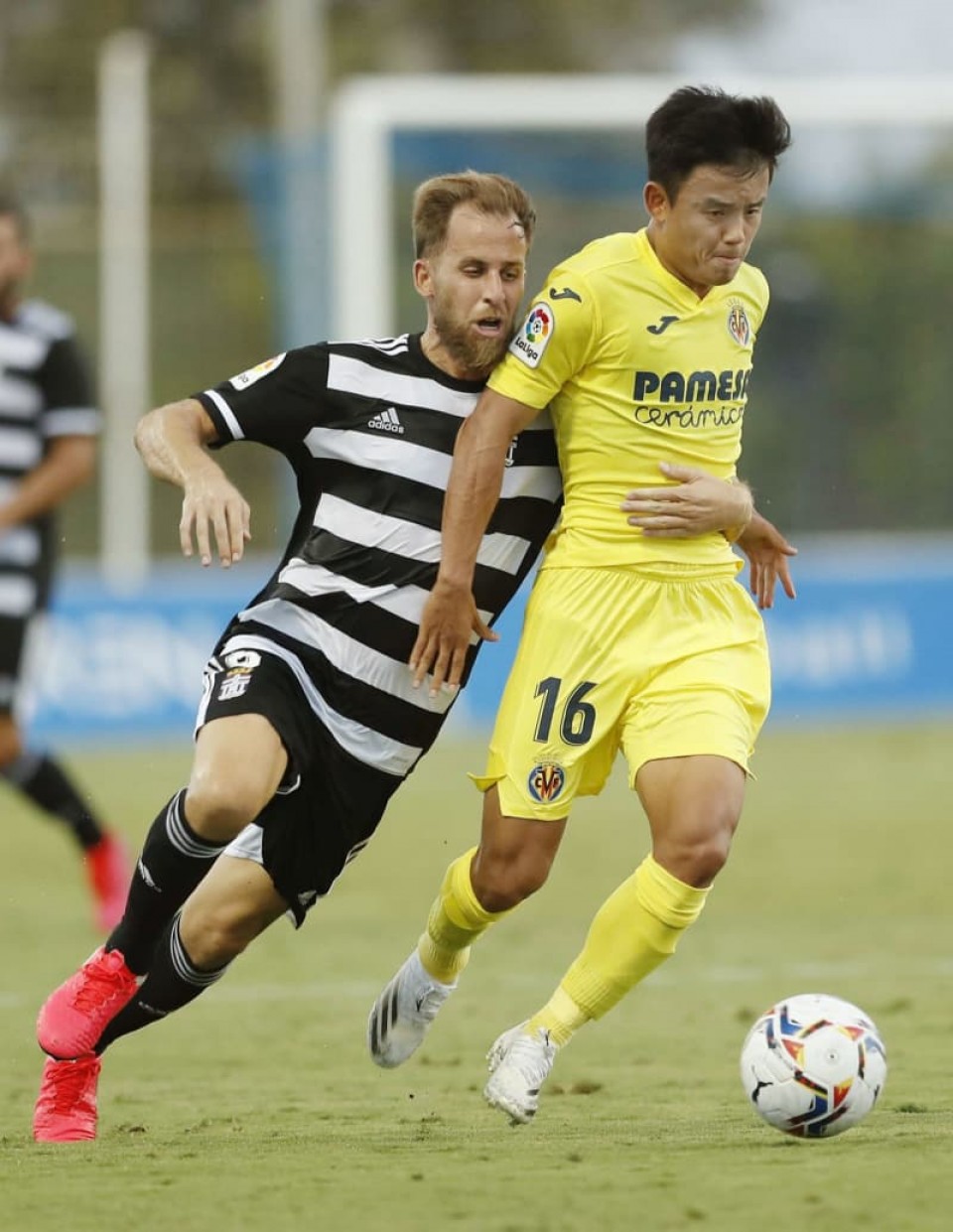 Takefusa Kubo of Villarreal in action during the second half of a 3-1 friendly win against second-division Cartagena on Aug. 23, 2020. (Kyodo)

The 19-year-old Japan midfielder is preparing for his second season in the Spanish top flight after joining Villarreal earlier this month on a one-year loan from Real Madrid.

With Villarreal's new manager Unai Emery making wholesale changes at halftime, Kubo, wearing the No. 16 shirt, slotted into the lineup as an attacking midfielder alongside veterans such as midfielder Vicente Iborra and forward Paco Alcacer.

Villarreal will play further friendlies on Tuesday and Friday in preparation for the new season, which kicks off Sept. 12.

Kubo last month completed his maiden La Liga campaign on loan to Mallorca, who were relegated to the second division following a 19th-place finish.