Both the clubs and the Japan midfielder have agreed to the terms and a formal announcement will be made after he passes his medical. 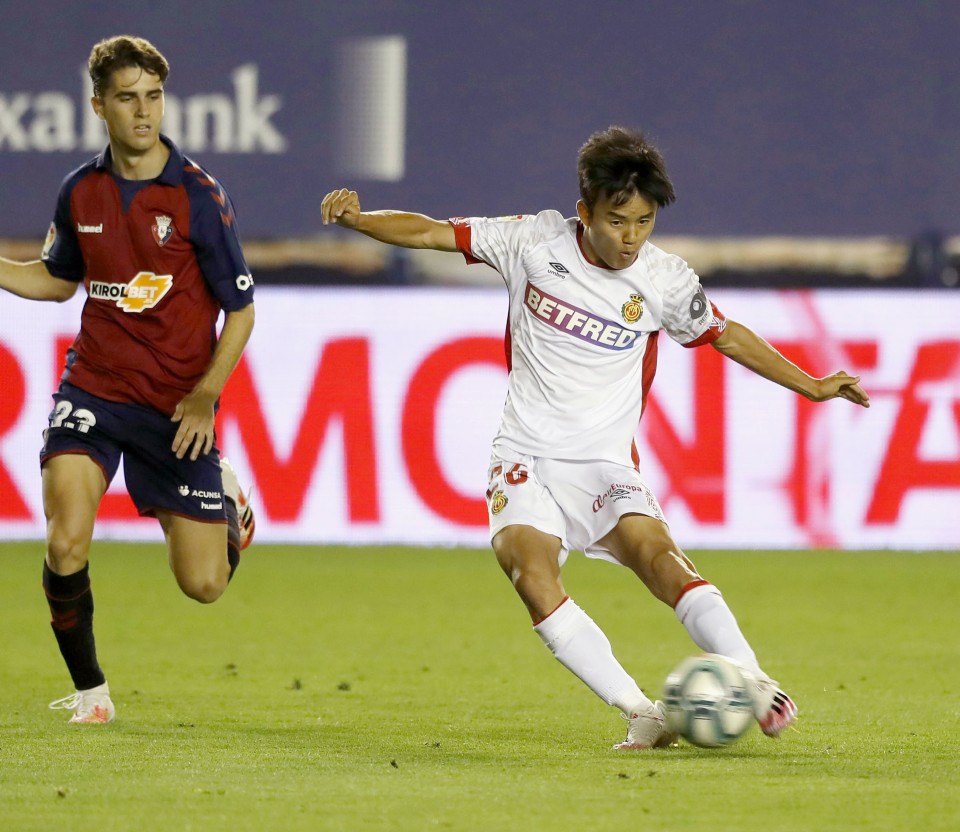 Mallorca's Takefusa Kubo (R) shoots in the second half of a La Liga football match against Osasuna on July 19, 2020, in Pamplona, Spain, with Javi Martinez looking on. (Kyodo)

Kubo, an electrifying talent, joined Real Madrid in 2019 from J-League first-division side FC Tokyo, and was promptly loaned out to Spanish top-flight side Mallorca. He scored four goals and recorded four assists in 35 games for Mallorca, who were relegated to the second division.

Fifth-place finishers this past season, Villareal will be competing in Europe next season. At the end of July, the club hired former Arsenal and Paris Saint-Germain manager Unai Emery.