Japan on Monday opened in Tokyo a new support center for the country's growing number of foreign residents to give advice on employment, visas, laws and humanitarian issues.

The move comes as the Japanese government shifts toward bringing in more foreign workers under a new visa system launched in April last year in response to an acute labor shortage amid population declines.

The Foreign Residents Support Center hosts the offices of eight public organizations on one floor of a building located in front of JR Yotsuya Station in the capital's Shinjuku Ward.

"By sharing know-how that each organization has acquired, I hope we can provide the most excellent support for foreign residents," said Justice Minister Masako Mori, whose ministry oversees the center.

The eight organizations include the Immigration Services Agency of Japan, the Foreign Ministry, the Japan Legal Support Center, the Japan External Trade Organization and the Tokyo Labor Bureau.

The center, which is open from 9 a.m. to 5 p.m. on weekdays, provides consultation services in English, Chinese and nine other languages, utilizing remote interpreters when necessary through videolink. 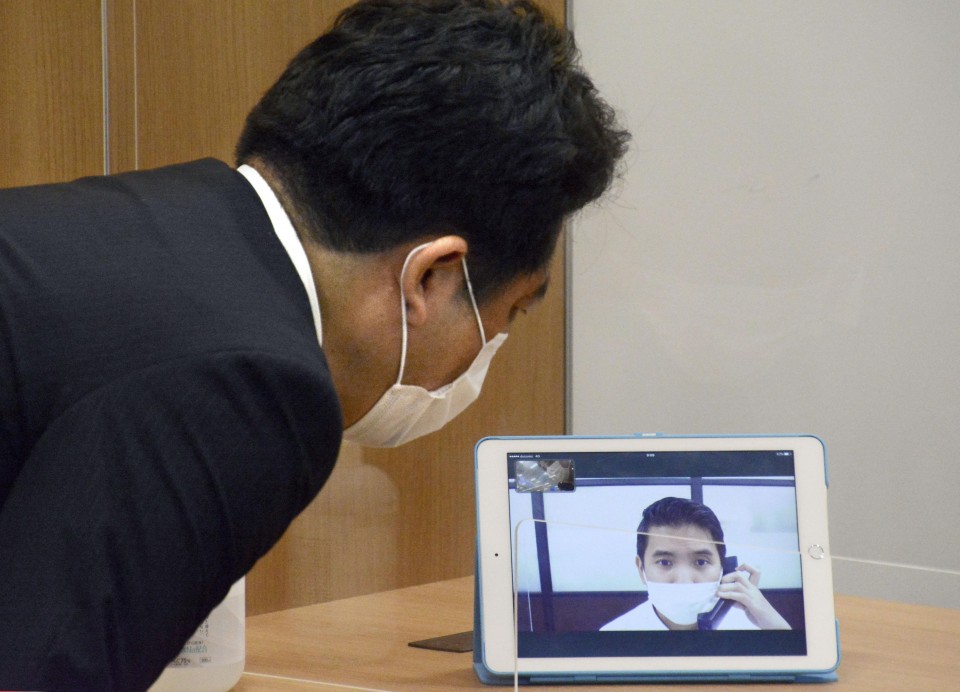 A demonstration of an interpretation system via videolink is shown to the press at the Foreign Residents Support Center in Tokyo's Shinjuku district on July 6, 2020. (Kyodo)

The center is equipped with private rooms to secure visitors' privacy. In addition to individuals, the center also offers services to municipalities working on helping foreigners and companies that are considering hiring workers from overseas.

Under the new visa scheme launched in April last year, foreigners with certain Japanese language and job skills can apply for resident status called Specified Skilled Worker No. 1, which grants working visas in 14 labor-hungry sectors such as construction and farming for up to five years.

A record 2.93 million foreign nationals resided in Japan as of December 2019, according to the immigration agency.