Around 203,200 residents were asked to take shelter in Kumamoto Prefecture and neighboring Kagoshima Prefecture. A total of 109 shelters opened in 17 municipalities in Kumamoto housing at least 871 evacuees, with measures against the new coronavirus.

A woman in the town of Ashikita in Kumamoto was confirmed dead, according to the local government. Of the 15 found showing no vital signs, 14 were at a nursing home in Kuma in the prefecture, near a river that overflowed. In hard-hit areas, cars and houses were submerged, leaving residents waiting for rescue on rooftops. 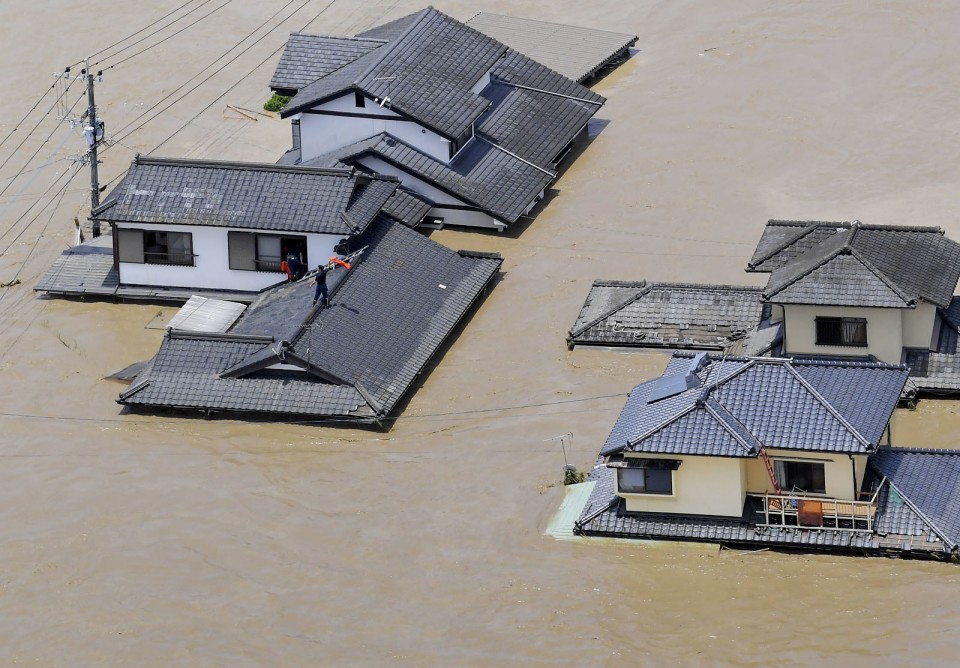 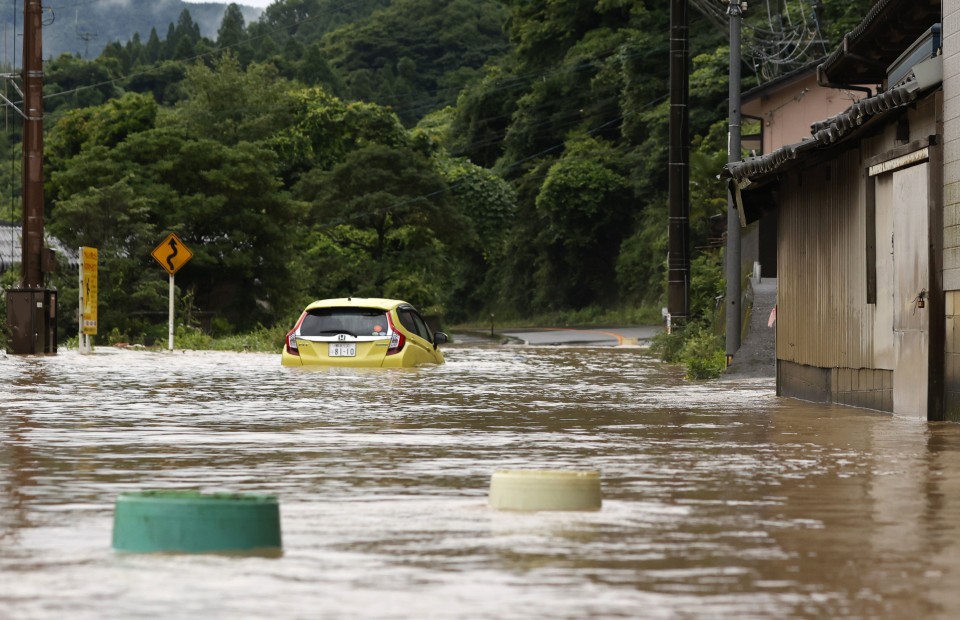 A passenger car is brought to a standstill on a submerged road in Yatsushiro, Kumamoto Prefecture, southwestern Japan, on July 4, 2020, due to torrential rain. (Kyodo)

The Japan Meteorological Agency raised heavy rain warnings in many parts of the prefectures to the highest of three levels shortly before 5 a.m., the first time it has done so for the two prefectures.

The agency said heavy rains are forecast to continue through Sunday, warning of overflowing rivers, mudslides and flooding in low-lying areas.

The Kuma River overflowed and caused extensive flooding, and some 20 meters of a dike of the river in Hitoyoshi collapsed, according to a local bureau of the Ministry of Land, Infrastructure, Transport and Tourism. Amakusa in Kumamoto had seen record precipitation of 98 millimeters per hour, according to the agency. 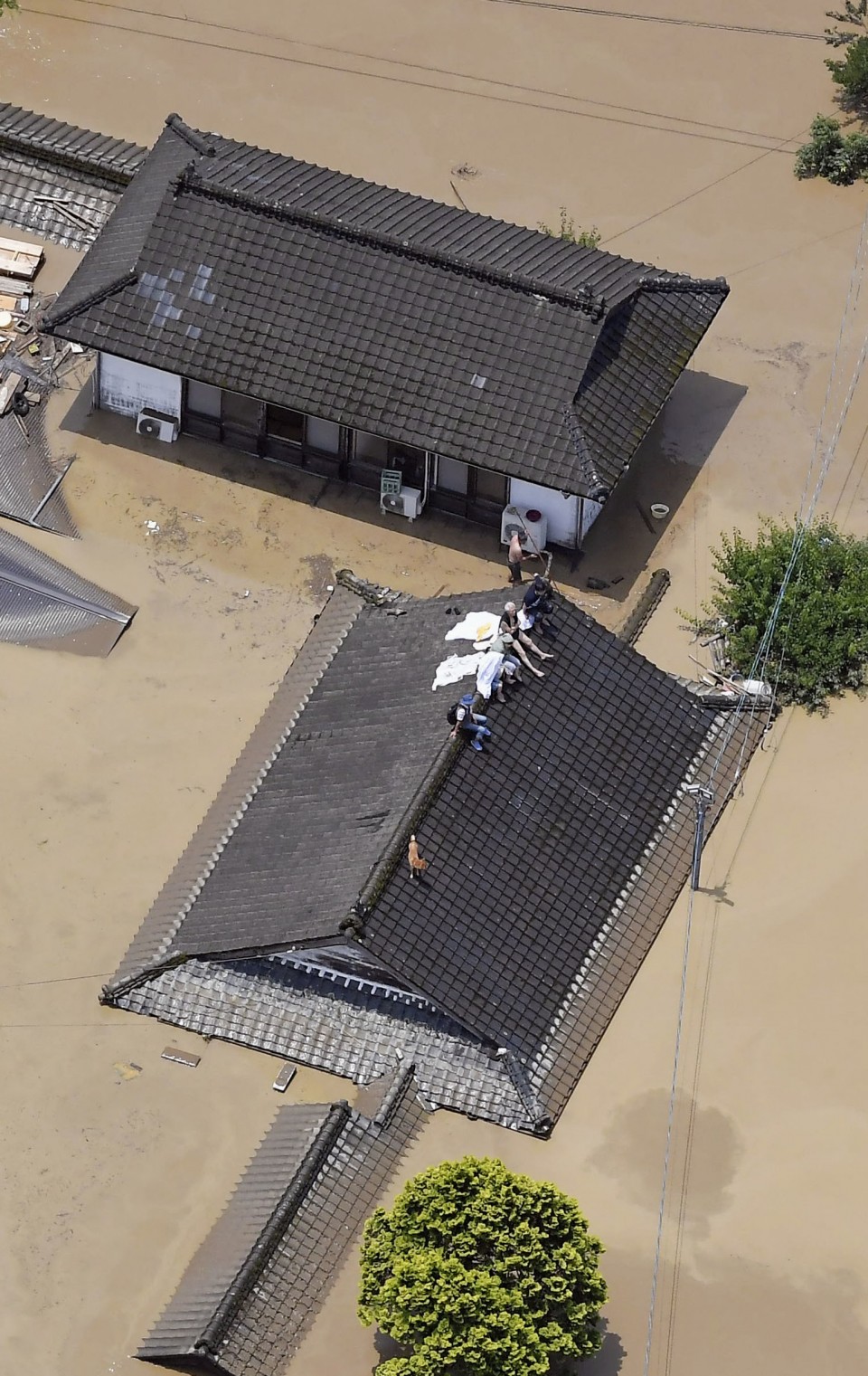 Residents in Hitoyoshi, Yatsushiro and some other villages in Kumamoto have been stranded as roads were cut off or flooded. Police, firefighters and GSDF members have geared up in rescue efforts but are finding it difficult to reach some mountainous areas.

Haruka Yamada, a resident of Ashikita, said nearby houses were already flooded when she woke up to the sound of rain around 4 a.m.

"I saw large trees and parts of houses being washed away and heard them crashing into something. The air is filled with the smell of leaking gas and sewage," the 32-year-old said. 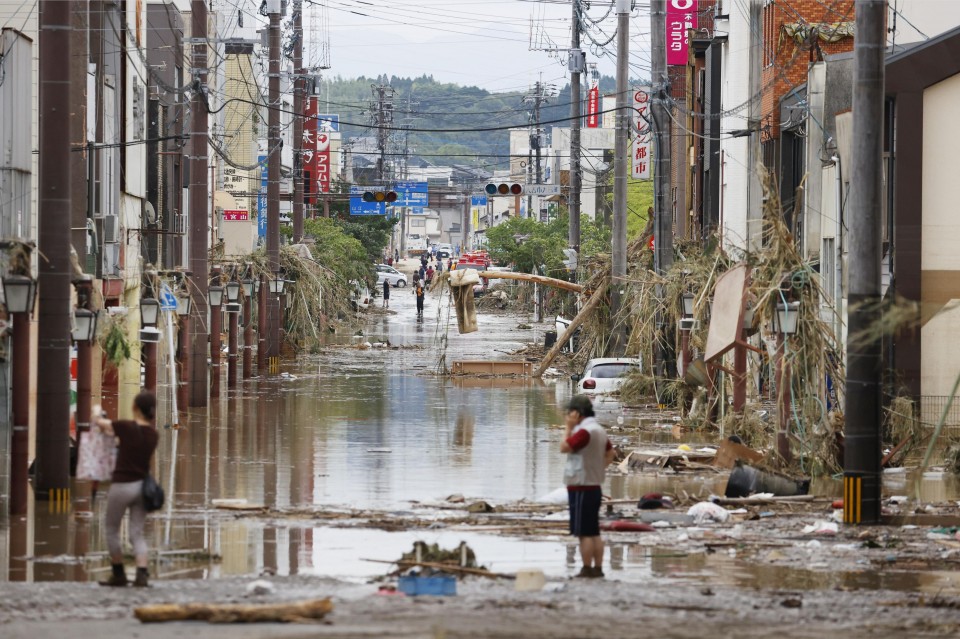 Yukinobu Katsueda, chief priest at a Buddhist temple in Kuma, said, "I heard an enormous sound of water gushing in the middle of the night. My house has been flooded to the second floor and the village is devastated."

At the temple some 40 elderly people took shelter but without food. "We have no electricity, no water. The road is flooded and cut off. I can't bear it if this situation continues," Katsueda said.

Mayumi Noguchi, another Ashikita resident, said, "I have lived here for more than 20 years but I've never seen such a calamity." She said she saw cars being pushed out in a brown muddy river and mudslides at a nearby mountain.

In Tokyo, Prime Minister Shinzo Abe told an emergency meeting of Cabinet ministers that about 10,000 Self-Defense Forces personnel would be mobilized for relief efforts, ordering the immediate shipment of relief supplies to affected residents.

A rain front that brought the downpour to Kumamoto and Kagoshima as well as Miyazaki is expected to straddle western and eastern Japan areas through Sunday, the weather agency said, warning of heavy rain particularly in parts of western Japan. 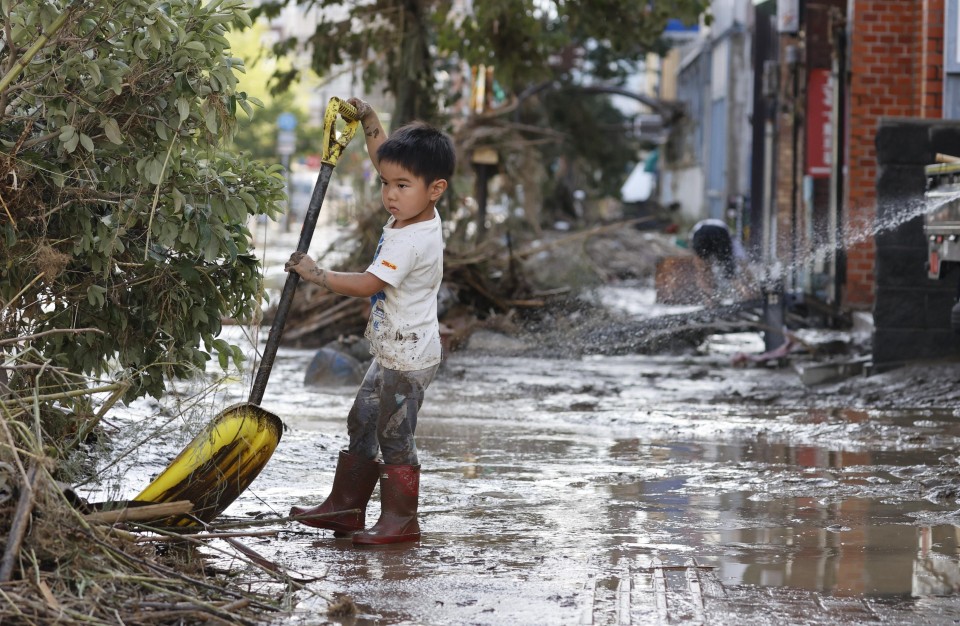 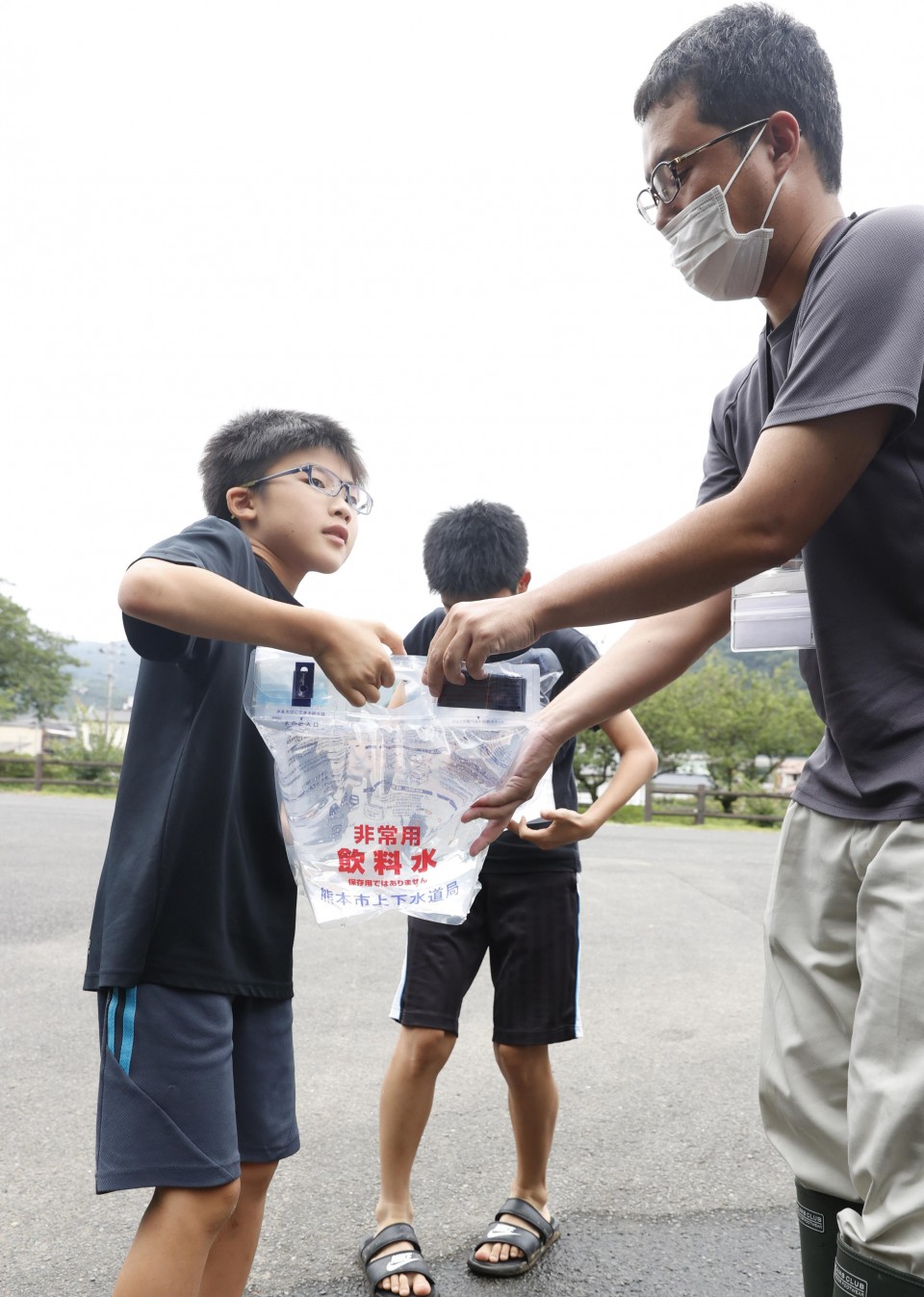