Local governments fretted over the coronavirus spread as they opened shelters for evacuees from the torrential rain in southwestern Japan on Saturday, aiming to ensure social distancing and take proper sanitary measures.

Around 203,200 residents were asked to take shelter in Kumamoto Prefecture and neighboring Kagoshima Prefecture. At least 871 people evacuated to 109 shelters in Kumamoto.

In Minamata, Kumamoto Prefecture, the municipal government opened around 10 shelters housing more than 200 evacuees at one point after it instructed over 20,000 residents to evacuate early Saturday.

Officials took body temperatures to check the evacuees' health conditions and secured space between them to reduce the risk of coronavirus infections. 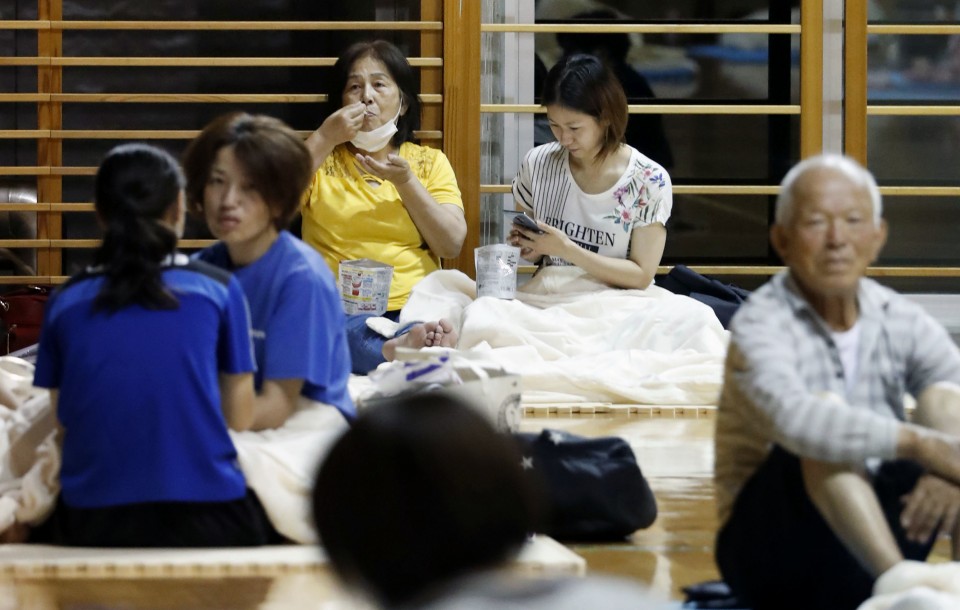 "We had capacity for 60 evacuees here in the past. But considering social distancing, 30 are appropriate this time. We had to ask some evacuees to move to another shelter," said Toshihiko Nakamura, an official of the fire department.

The pace of increase in virus infections had slowed in Japan but it is picking up after a nationwide state of emergency was lifted in late May. The total number of infections topped 20,000 on Saturday with cases in Tokyo accounting for a third of the tally. In Kumamoto, 48 cases have been reported.

Some evacuees opted to take refuge in cars in fear of being infected with the virus at shelters. Municipal governments handed out leaflets that warned of economy class syndrome, which occurs when people remain in the same position for a long period.

The municipal government of Amakusa, also in Kumamoto, asked evacuees to disinfect hands and checked body temperatures in line with a manual it had compiled before the disaster.

A person wanted to take shelter but was in the monitoring period for possible infection. The local government told the person to go to an evacuation center that has individual compartments. 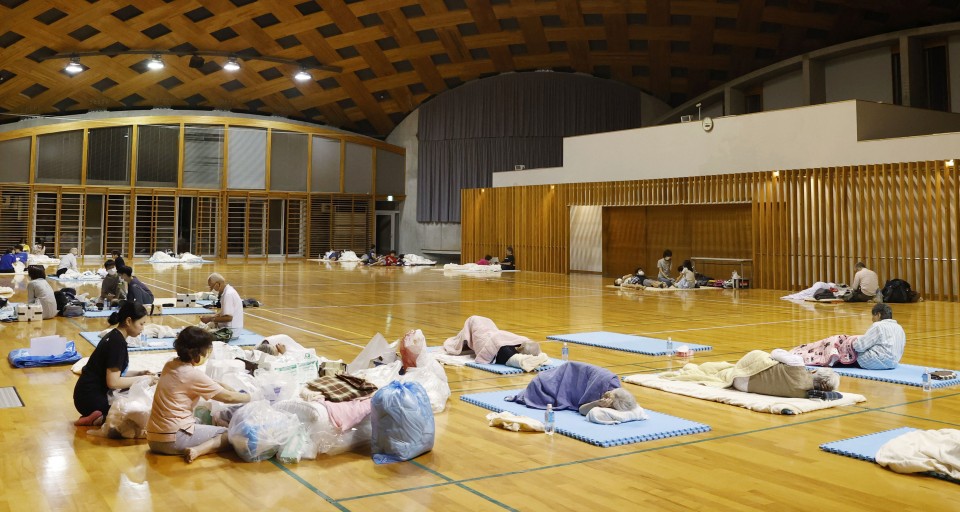 In the neighboring prefecture of Kagoshima, a local government opened some 100 shelters. Officials made sure to vent air periodically and maintain distance between evacuees.

"We didn't have so many evacuees per shelter," said an official, noting that residents were asked from June to consider taking refuge at friends' or acquaintances' houses in times of disasters as part of measures to reduce the risk of infection at shelters.

The central government has asked municipalities to take measures against the coronavirus when operating evacuation shelters.

The Cabinet Office had decided to ship cardboard-box-made beds and contactless thermometers to Kumamoto before receiving such a request from the prefecture.