Major Japanese wireless carriers recently launched a service to provide foreign tourists with disaster relief information via mobile phone short message service in the event of an earthquake or typhoon.

Three mobile phone service operators -- NTT Docomo Inc., KDDI Corp. and SoftBank Corp. -- began the service last Wednesday and will send information such as the number of a visitor hotline run by the Japan National Tourism Organization and the web address of NHK World-Japan, the multilingual broadcasting service, when a disaster occurs.

Messages will be written in English, Korean and simplified or traditional Chinese characters according to the user's domestic wireless carrier. Travelers will have to use a roaming service provided by one of the three Japanese carriers to receive them.

The introduction of the new service comes at a time when the estimated number of foreign visitors to Japan plunged to just 1,700 in May, an all-time low for the second consecutive month, due to travel restrictions imposed by Japan and many other countries to curb the spread of the novel coronavirus. 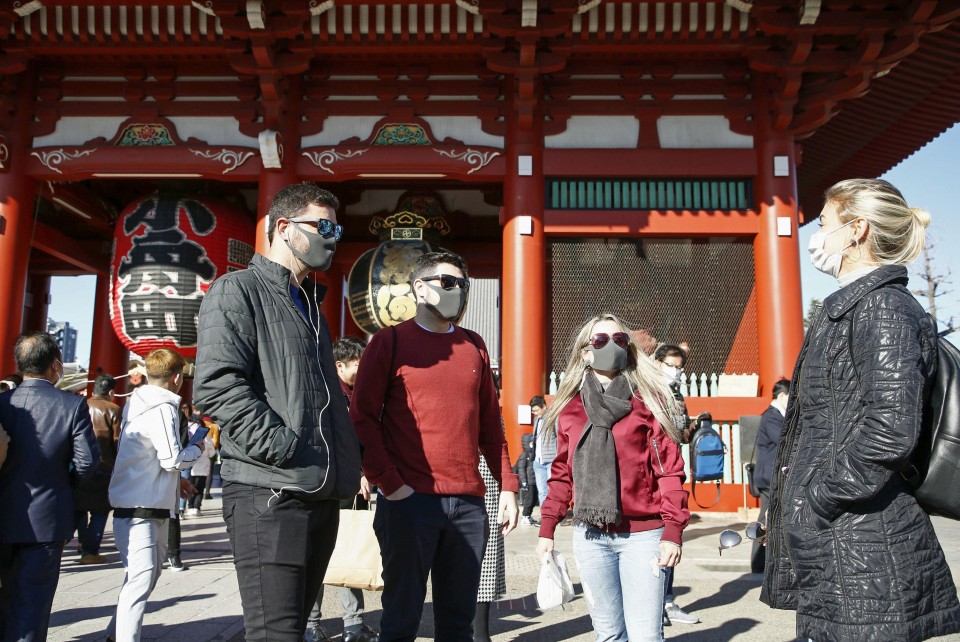 The three companies said they began preparations for the multilingual disaster information service after many foreign visitors were unable to receive emergency information when a magnitude 6.7 quake hit Japan's northernmost main island Hokkaido in September 2018.

Hokkaido is one of the most popular destinations for inbound travelers and many overseas visitors had difficulty in obtaining information on how to evacuate and return home when the earthquake triggered Japan's first prefecture-wide blackout.

"Foreign travelers would find it hard to get information about shelters and food procurement due to language barriers when disasters cause a large-scale power outage or disrupt public transportation," the mobile phone carriers said in a joint statement.

The number of overseas visitors to Japan is expected to increase gradually in the coming months, as Japan has been in talks with Vietnam, Thailand, Australia and New Zealand on mutually easing travel restrictions and is considering beginning similar negotiations with Taiwan and Brunei.