The number of foreign visitors to Japan in April tumbled 99 percent from a year earlier to 1,256 as the country tightened border controls in response to the novel coronavirus pandemic, immigration authorities said Thursday.

Visitors from China, who until January had accounted for the largest proportion of foreign tourists, totaled 29, down from 598,896 a year earlier, according to the Immigration Services Agency of Japan. 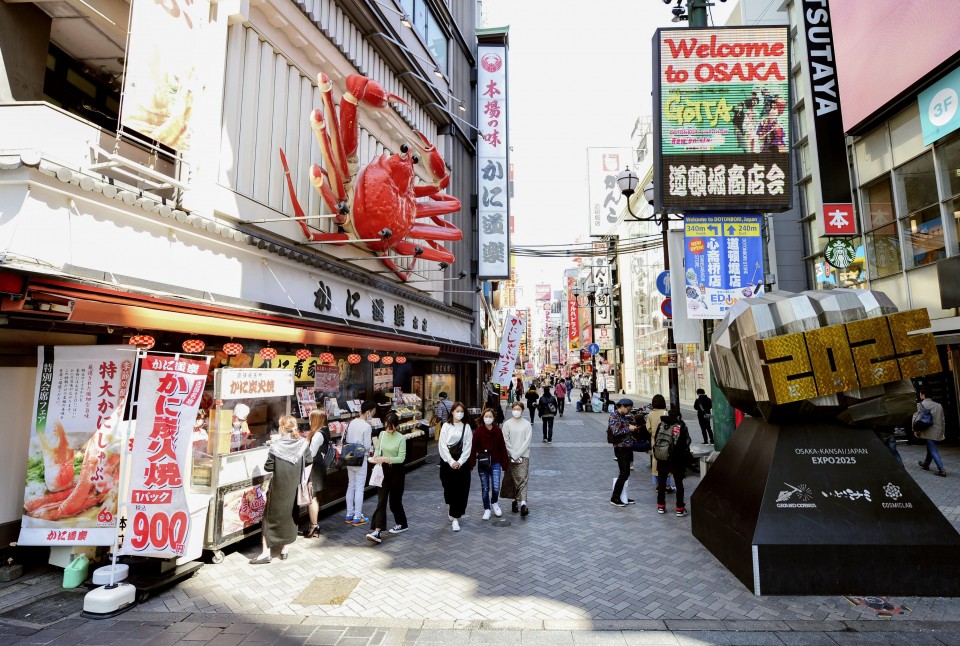 (Photo taken March 19, 2020, shows fewer people than usual in Osaka's Dotonbori entertainment district. The number of foreign visitors to Japan fell 58.3 percent in February from a year before to an estimated 1.09 million, dented by travel restrictions to prevent the spread of the new coronavirus.)

Last month, Japan expanded entry bans to a total of 87 countries and regions, including the United States and the whole of China and South Korea, as it scrambled to curb an increase in coronavirus infections.

The number of foreign visitors has been falling drastically since February when Japan decided to bar entry to people from China's Hubei Province, where the novel coronavirus was first detected in Wuhan, as well as part of South Korea in the wake of a virus outbreak there.

A record 28.4 million foreigners visited Japan last year, with China accounting for the largest proportion at 7.42 million, followed by South Korea at 5.34 million.

Japan set a goal of 40 million visitors this year before the pandemic forced the postponement of the Tokyo Olympics and Paralympics to summer 2021. 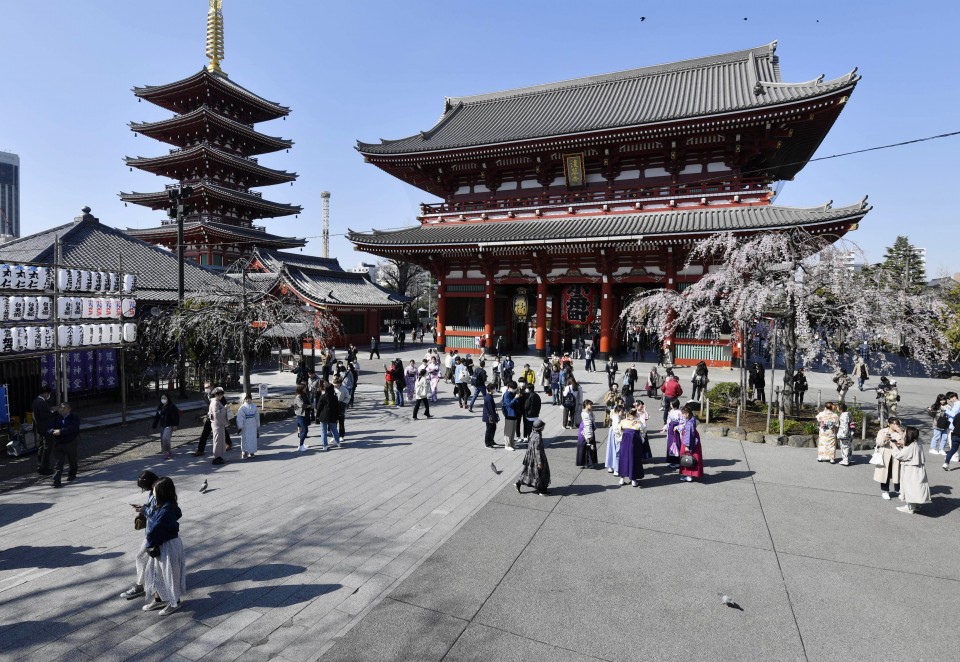 (Fewer people than usual are seen at Senshoji temple in Tokyo's Asakusa district on March 19, 2020. The number of foreign visitors to Japan fell 58.3 percent in February from a year before to an estimated 1.09 million, dented by travel restrictions to prevent the spread of the new coronavirus.)