Central Japan Railway Co. on Friday effectively gave up on opening a high-speed maglev train line between Tokyo and Nagoya in 2027 after failing to secure approval to begin preparatory construction work from a local government that has been concerned about environmental damage.

"Regrettably, the opening in 2027 is difficult," the train operator, also known as JR Central, said in a statement, in response to Shizuoka Prefecture's announcement earlier in the day that it had sent a letter to the company, stating it would not approve the construction work.

The letter regarding the Linear Chuo Shinkansen came after the president of the train operator, Shin Kaneko, held talks with Shizuoka Gov. Heita Kawakatsu one week ago.

During the talks, Kaneko sought to obtain approval from the governor to launch the work but failed to receive a clear answer. Kawakatsu told the press after the meeting that the plan cannot be approved, citing concerns over environmental protection.

The objection to the plan will make it almost impossible for the train operator to realize its goal of opening the train line as initially scheduled. 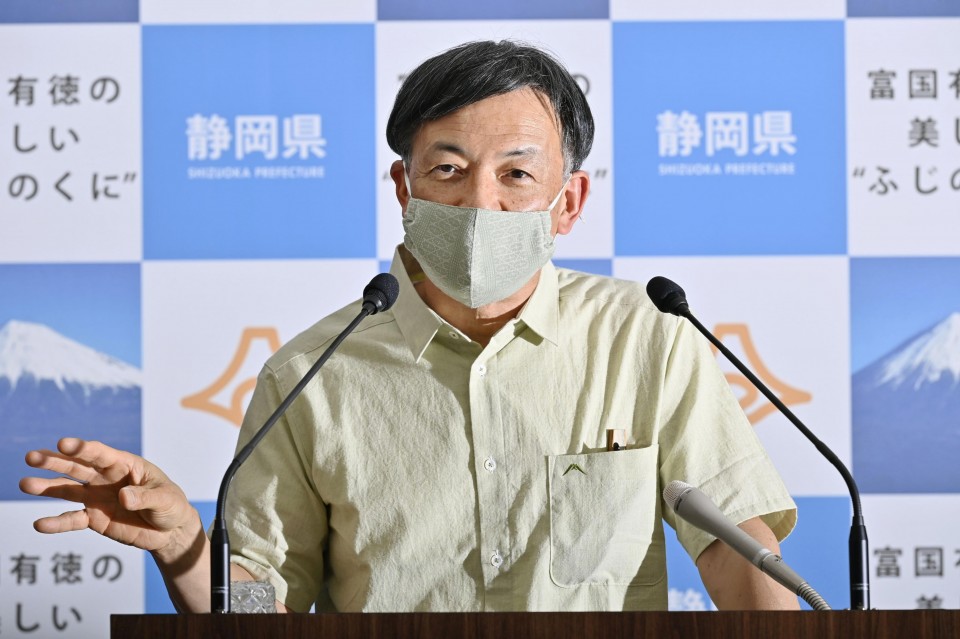 The new system, which will have a top speed of 500 kilometers per hour, will connect the two major cities located 286 kilometers apart in 40 minutes, less than half the travel time for existing shinkansen train services.

Under the current plan, JR Central intends to excavate a mountainous area in the prefecture known as the Southern Alps to build a tunnel for the shinkansen.

But local farmers are concerned that the construction work would cause underground water to flow into the tunnel and, as a result, reduce water flow in the Oi River, which passes through the central part of the prefecture known for its tea and oranges.

The expected delay in opening the high-speed train service could also push back the schedule of JR Central to extend the line and start operations between Tokyo and Osaka in 2037 at the earliest.

The maglev train project is viewed as a second high-speed link for the country's three key metropolises -- Tokyo, Nagoya and Osaka -- as a backup for when the existing shinkansen line becomes obsolete or is damaged by a major earthquake. There will be no Linear Chuo Shinkansen station in Shizuoka Prefecture.

During a press conference on Friday, Shizuoka Vice Gov. Takashi Namba said it "wouldn't take long" for approval to be reached providing JR Central provides ample explanations to the panel of experts that was established by the transport ministry.

The panel has been acting as a mediator between the prefecture and JR Central and discussions to narrow the differences between the two parties and come up with measures to protect the environment are still ongoing.