People started traveling en masse again in Japan on Saturday, a day after the government lifted its last-remaining advisories recommending against inter-prefecture travel due to the coronavirus pandemic.

The government, however, still faces a difficult task to keep the spread of coronavirus to a minimum while accelerating economic activity to help businesses recover. 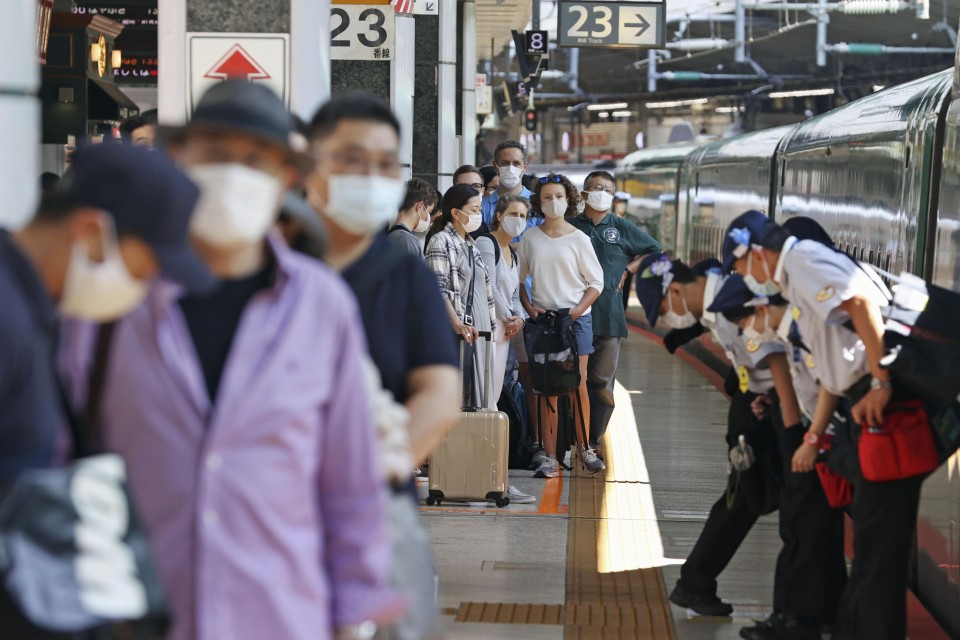 Passengers wait on a platform to get on a shinkansen bullet train at JR Tokyo Station on June 20, 2020. (Kyodo)

Kota Kikuchi, a 10-year-old fifth-grader from Tokyo, was heading to Tochigi Prefecture by shinkansen bullet train to take part in horseback riding club activities with his mother, 42.

"It's been a while (since I have traveled) because I was not able to go to the club due to the coronavirus," Kikuchi said.

The central government on Friday withdrew its request that people in Tokyo and the neighboring prefectures of Saitama, Chiba, and Kanagawa, as well as Hokkaido in northern Japan, refrain from traveling across prefectural borders.

The areas were the last in the country to see the request lifted and were also the last group of prefectures where a state of emergency was lifted by the government in May.

Natsuko Negishi, a 51-year-old housewife from Tokyo, was heading to Sendai, northeastern Japan, on Saturday to meet up with a friend for a trip to the Akiu hot spring resort in Miyagi Prefecture.

"I heard some people are worried about travelers arriving from Tokyo, where infection cases have been reported," Negishi said. "We will take extra precautions so as not to upset them."

A 41-year-old woman from Tokyo was on her way to visit her in-laws in Hachinohe, Aomori Prefecture, northeastern Japan, with her 6-year-old and 1-year-old daughters.

"They will see their granddaughters for the first time since the New Year. I'm sure they will be excited," she said.

The elder girl said, "I can't wait to play video games with grandma."

Tourists are returning to popular sightseeing spots outside the capital as well. 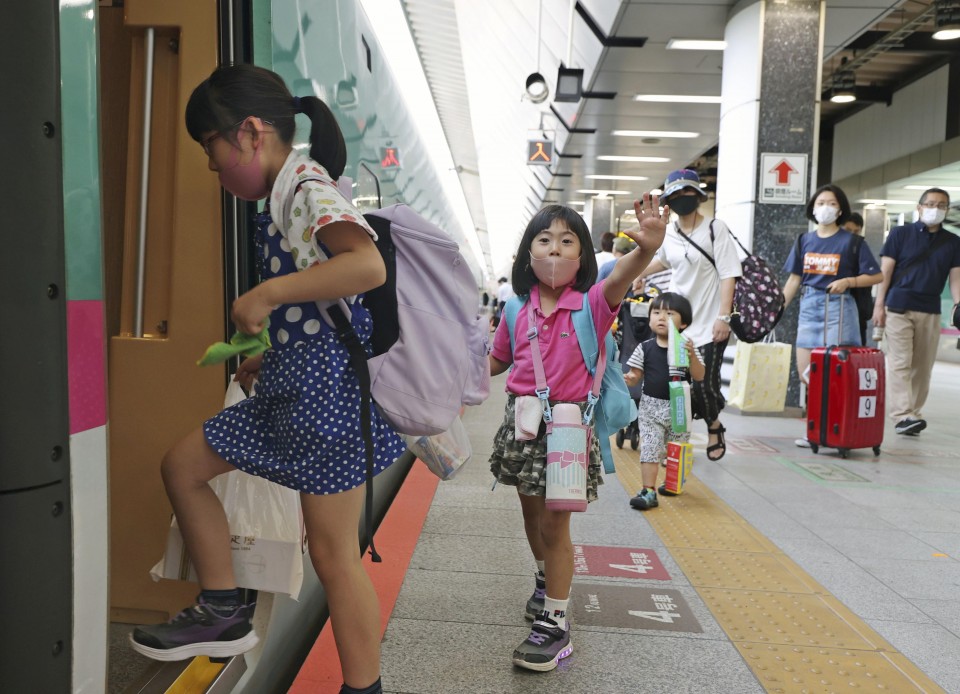 Passengers get on a shinkansen bullet train at JR Tokyo Station on June 20, 2020. (Kyodo)

"It is livelier here than my last visit in early April," said Yoko Tanaka, a 40-year-old real estate agent from Saitama who was visiting Nijo Fish Market in Sapporo, the capital of Hokkaido.

At Kenrokuen, one of Japan's three most famous gardens, in Kanazawa in the central Japanese prefecture of Ishikawa, people were taking pictures in front of a landmark stone lantern.

"I was moved to see the beautiful scenery with my own eyes. I hope tourist sites facing challenges (due to the pandemic) will survive," said Izumi Tanaka, a 62-year-old Osaka resident.

"I don't see any foreign tourists here. I guess the situation is still difficult," he said.

On Friday, over 50 new virus infections were reported in Japan, bringing the total number of cases to more than 18,400, including those from the Diamond Princess cruise ship that was quarantined in Yokohama near Tokyo in February. The country's death toll from the virus stood at 972.