Railway fans flocked to JR Tokyo Station to witness the debut of the N700S series, the first fully remodeled Tokaido Shinkansen train in 13 years and described by its operator as the world's first high-speed train capable of functioning on a back-up battery system in the event of an emergency. 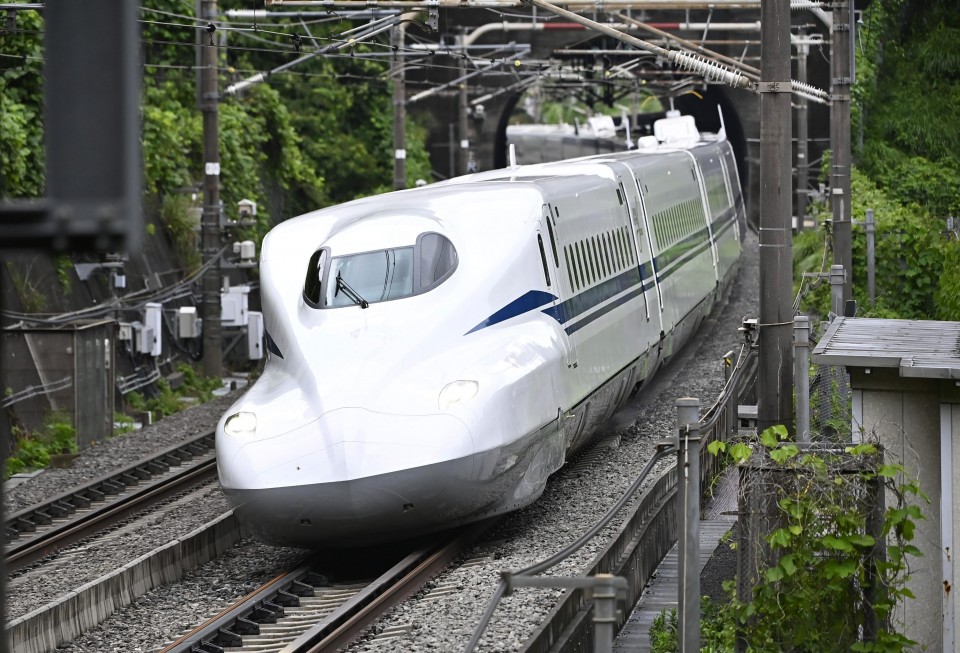 The first N700S left Tokyo Station at 6 a.m. at the signal of stationmaster Takeshi Matsuki.

"I am confident this is the best shinkansen in every respect -- safety, stability, and comfort," Shin Kaneko, president of Central Japan Railway Co., said at a ceremony marking the train's departure at the station's platform. "I hope many passengers enjoy travel" aboard the N700S.

The rail operator, also known as JR Central, plans to introduce 12 N700S trains within this fiscal year through March 2021 and increase the number to 40 by fiscal 2022. The S in the series name stands for "supreme."

The latest model has improved safety features, including lithium-ion batteries that enable it to proceed to the nearest station under its own power in case of an electrical outage. 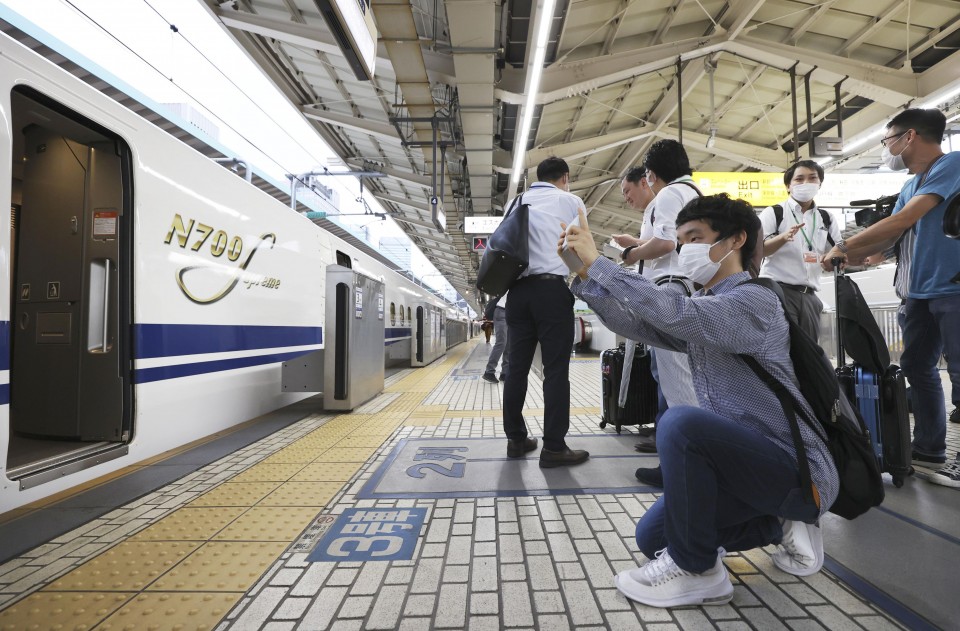 Photo taken July 1, 2020, shows an N700S shinkansen bullet train at JR Tokyo Station. The fully remodeled bullet train for the Tokaido and Sanyo shinkansen lines, the first in 13 years, came into service between Tokyo and Hakata in southwestern Japan on the same day. (Kyodo)

In light of a number of deaths and injuries on its bullet train system in recent years, JR Central has also installed more security cameras on N700S trains than on previous models.

Passengers will find that every seat has improved reclining functions and its own electrical outlet. The overhead luggage space lights up as the train nears each station to remind passengers not to forget their belongings.

"I'm looking forward to experiencing how it has improved," said Yoshinori Tanaka, a 47-year-old resident of Sagamihara, Kanagawa Prefecture, who rode the first train of the N700 series when it debuted 13 years ago.

The model change comes at a time when the number of passengers remains low amid the novel coronavirus pandemic.