Central Japan Railway Co. is expected to announce soon a decision to delay its planned opening in 2027 of a high-speed maglev train line between Tokyo and Nagoya, sources familiar with the matter said Friday, as a local governor did not approve the start of preparatory construction work, citing concerns over environmental damage.

The failure to overcome local opposition is making it difficult for the company also known as JR Central to achieve its target year for operation of the Linear Chuo Shinkansen, which will have a top speed of 500 kilometers per hour.

With the 9 trillion yen ($84 billion) project, the new system will connect the two major metropolises located 286 kilometers apart in 40 minutes, less than half the travel time for existing shinkansen train services. 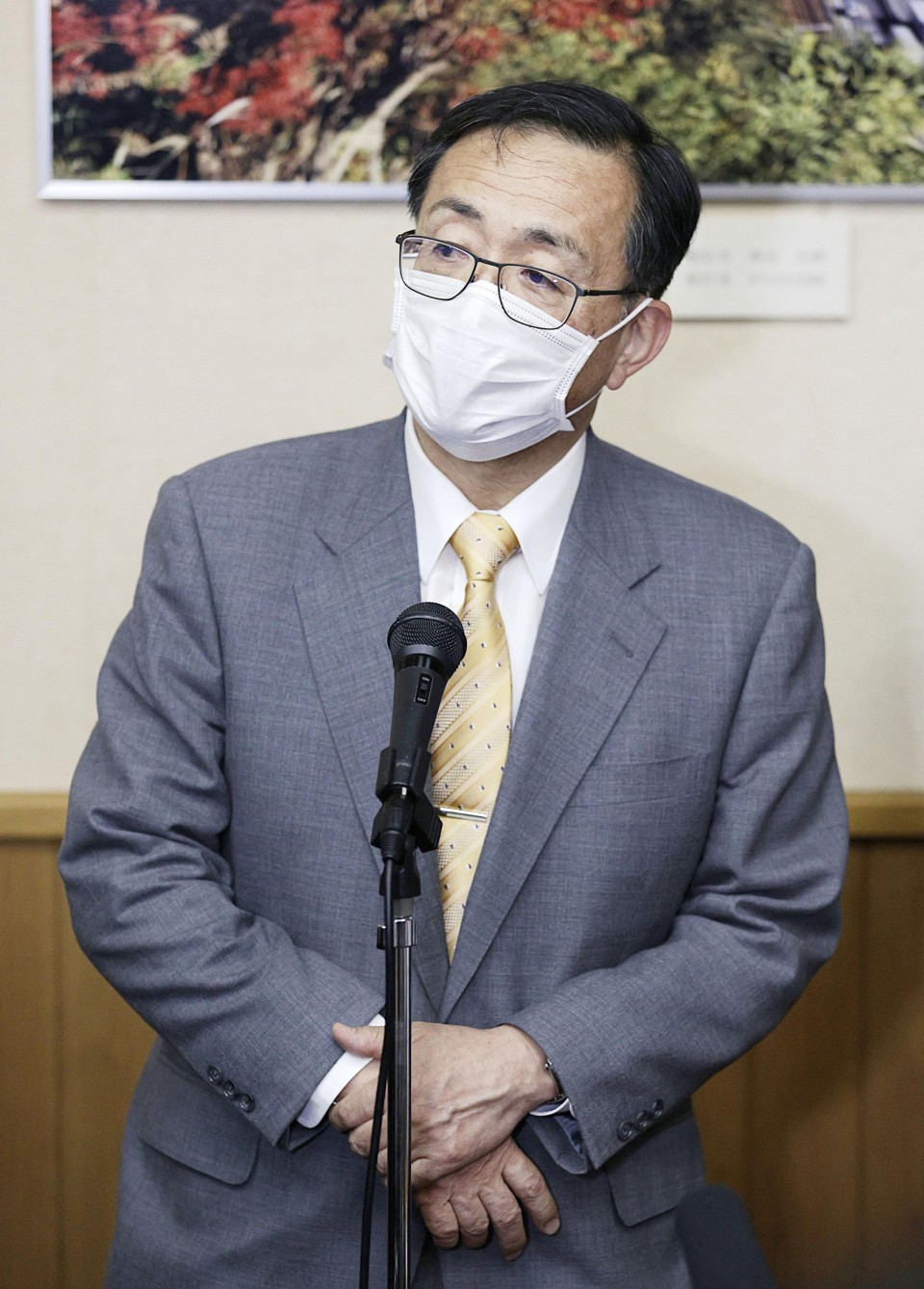 During the first meeting with Shizuoka Gov. Heita Kawakatsu, Shin Kaneko, president of the train operator, sought his consent to launch the work, citing high expectations for the opening from the central government and municipalities along the line.

Meeting the press after the meeting, however, the governor said, "It can't be approved." Some local people have claimed that the planned route, a large part of which is underground or in tunnels, runs the risk of disrupting groundwater and damaging the natural environment in Japan's Southern Alps.

During the meeting at the Shizuoka prefectural government office, Kawakatsu said that while he is not opposed to the project itself, "We have to consider how to strike a balance between the Linear and the environment."

He said the local government needs to hear more opinions from scientists.

"It's regrettable that I was not able to obtain confirmation," Kaneko told reporters following the meeting, which the prefectural government, in a rare move, streamed live on its website. 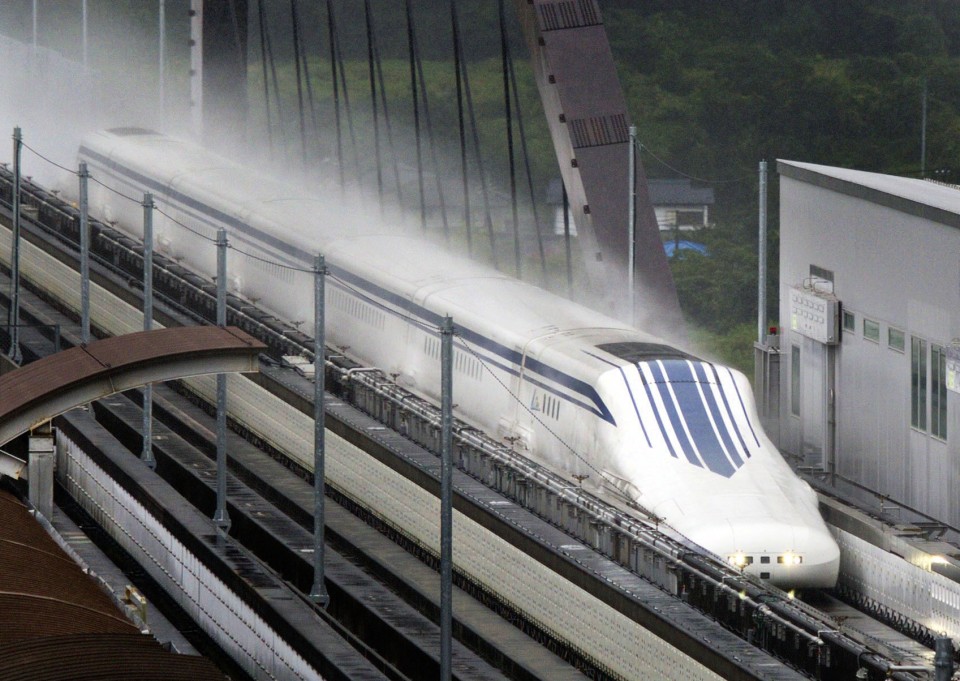 JR Central wants to start preparatory construction work for a section of the line in the central Japan prefecture, but the work has been delayed by local worries over the project's impact on the flow of a river.

The company has said that if the preparatory work does not begin this month, it will be hard to commence operation of the new bullet train service between Shinagawa, the Tokyo terminal for the service, and Nagoya, the largest city in central Japan and the prefectural capital of Aichi, as scheduled.

Under the current plan, JR Central intends to excavate a mountainous area in Shizuoka Prefecture known as the Southern Alps to build a tunnel for the shinkansen.

But local farmers are concerned that the construction work would cause underground water to flow into the tunnel and, as a result, reduce water flow in the Oi River, which passes through the central part of the prefecture known for its tea and oranges.

In response, JR Central has said it will take steps to restore the water to the river, including setting up tunnels and pumps.

In an attempt to ease the stalemate, the transport ministry, acting as a mediator between the two sides, established a panel of experts whose discussions on the issue and possible measures to protect the environment are still ongoing.

On Friday, top government spokesman Yoshihide Suga said, "As the scheduled opening in 2027 remains unchanged, it is necessary for JR Central, which is the project implementing body, to make utmost efforts," when asked about the disagreement at a regular press conference in Tokyo.

Nagoya Mayor Takashi Kawamura, meanwhile, called for an early start to construction work, telling reporters in the city office, "If delayed, there will be nothing economically good for Nagoya."

Following the opening of the new high-speed train system, JR Central plans to extend it to Osaka in western Japan in a second phase of construction, with the aim of connecting Tokyo and Osaka in 67 minutes.

While JR Central hopes to start operations between Tokyo and Osaka in 2037 at the earliest, the delay in opening the Tokyo-Nagoya section could also push back the schedule for the extension project as well.

The maglev train project is viewed as a second high-speed link for the country's three key metropolises -- Tokyo, Nagoya and Osaka -- as a backup for when the existing shinkansen line becomes obsolete or is damaged by a major earthquake. There will be no Linear Chuo Shinkansen station in Shizuoka Prefecture. 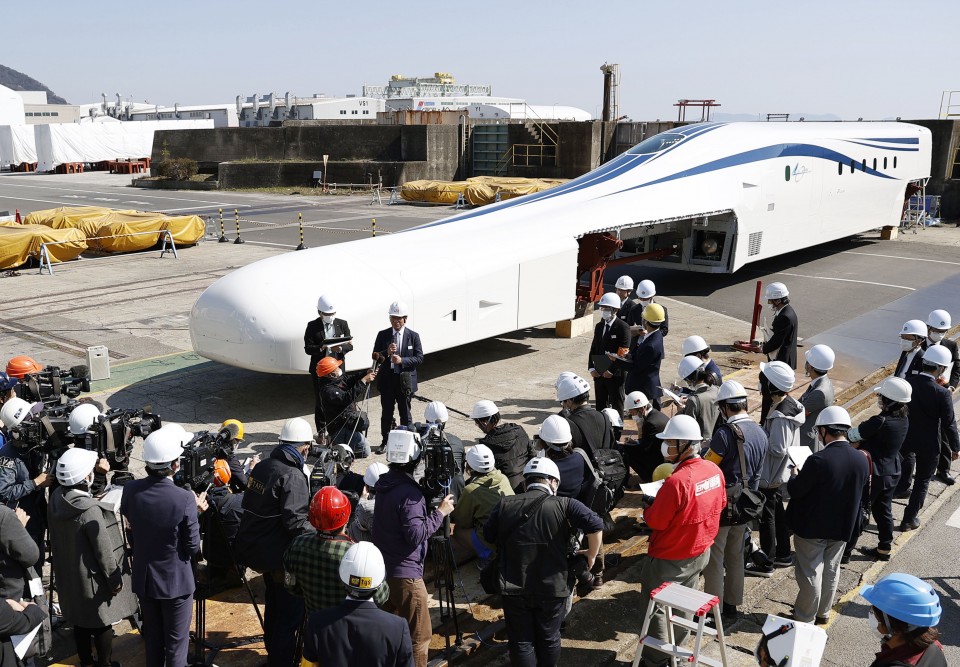 A prototype of an upgraded Central Japan Railway Co. maglev train is unveiled to the media at Hitachi Ltd.'s factory in Kudamatsu, Yamaguchi Prefecture, western Japan, on March 25, 2020. (Kyodo)