China on Tuesday blasted Britain's decision to suspend its extradition treaty with Hong Kong over Beijing's recent imposition of a sweeping national security law on the territory.

Britain "blatantly interfered in China's internal affairs in an attempt to disrupt the implementation" of the new law, a spokesperson at the Chinese Embassy in London said in remarks posted on the embassy's website. "The Chinese side strongly condemns and firmly opposes this." 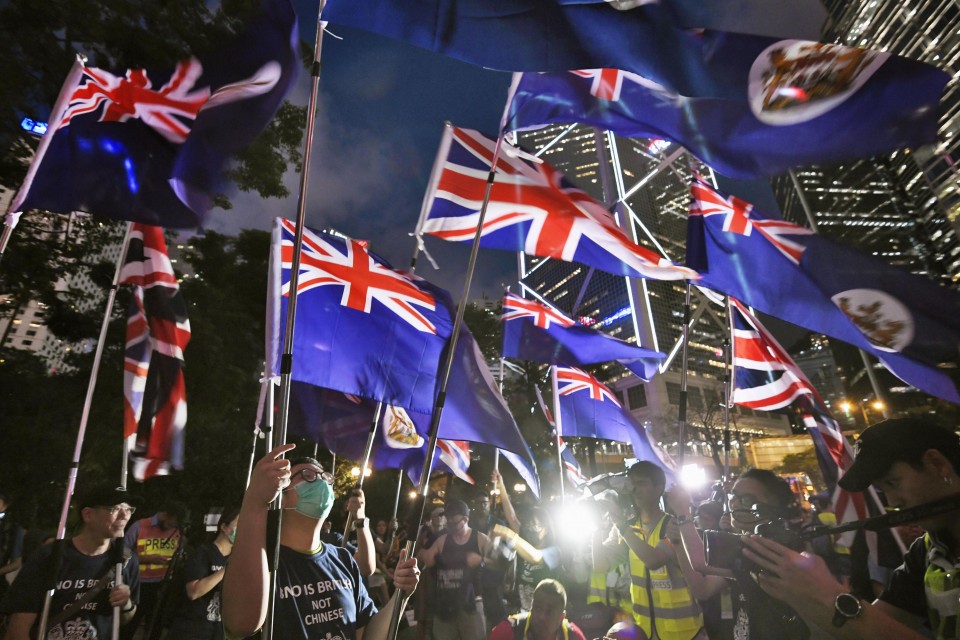 Britain "will bear the consequences if it insists on going down the wrong road," the spokesperson added.

"China urges Britain to give up its fantasies of continuing colonial influence in Hong Kong," Wang said, calling on London not to further damage bilateral relations.

British Foreign Secretary Dominic Raab told Parliament on Monday that given its deep concerns about the national security law imposed on its former colony, the government is suspending its extradition treaty with Hong Kong "immediately and indefinitely."

The secretary also said that given the role Beijing has now assumed for the "internal security" of Hong Kong under the new law, the government is also extending to Hong Kong an arms embargo that has applied to China since 1989.

Raab said that while Britain wants to work with China, the two measures are a "reasonable and proportionate response" to China's failure to live up to international obligations.

Echoing Beijing's stance on the matter, the Hong Kong government said Tuesday that it strongly objects to Britain's "gross interference" in China's internal affairs and its move to allow criminals to evade justice.

"The U.K.'s unilateral suspension of the agreement on (the) surrender of fugitive offenders with Hong Kong is for political purposes," a government spokesman said in a statement. "It smacks of political manipulation and double standards."

"The decision shines a spotlight on the real possibility that the U.K. will become a haven for fugitives wanted by Hong Kong who are trying to escape legal responsibility," the spokesman also said.

Britain followed Australia and Canada in suspending extradition treaties with Hong Kong in response to the national security legislation.

The national security law, enacted by Beijing and imposed on Hong Kong at the end of last month, outlaws what it defines as acts of secession, subversion, terrorism and collusion with foreign forces. It also allows suspects to be transferred to mainland China for prosecution.

Western governments have criticized the legislation as undermining the high degree of autonomy China promised for the former British colony for 50 years upon its return to its rule in 1997.