About 78 percent of atomic bomb survivors are finding it difficult to pass on their experiences of the 1945 bombings in Hiroshima and Nagasaki, a Kyodo News poll showed Friday, highlighting the challenges and limitations presented by aging.

Held ahead of the 75th anniversary of the U.S. bombings in August, the survey also found that 63.1 percent of the survivors think the global outbreak of the novel coronavirus is preventing them to some extent from promoting the abolition of nuclear weapons.

The issue of passing on memories of the bombings is becoming more urgent as witnesses are declining in numbers. 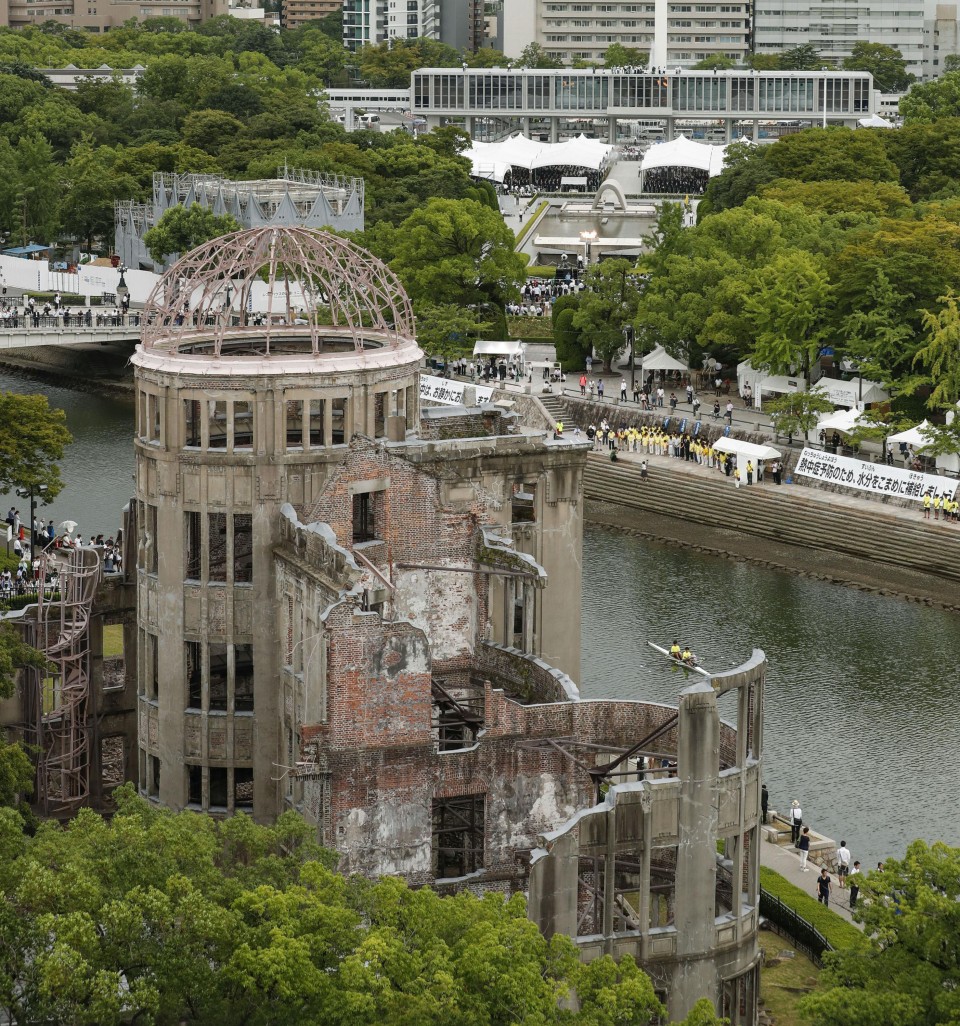 The questionnaire survey was sent to about 4,700 survivors in May and received valid responses from 1,661 people between the ages of 74, who were exposed to radiation in their mother's womb, and those in their 100s.

The coronavirus pandemic has further hampered some of the survivors' activities in sharing their experiences since seniors are considered to have a high risk of developing severe symptoms, prompting many cancellations of seminars and meetings.

"For the first time, I had prepared to deliver a lecture to tell of the misery of nuclear weapons, but it was canceled due to the coronavirus pandemic," said Hiroyuki Kinoshita, 79, who lives in Oguchi, Aichi Prefecture, central Japan.

"It was disappointing because I had started to think I had to do it, as those before me had passed away."

The world's first atomic bomb dropped on Hiroshima on Aug. 6, 1945, and another on Nagasaki three days later resulted in the deaths of an estimated 214,000 people by the end of that year.

In response to a question asking whether their age and their physical condition have had an impact on their efforts to share their experiences, about 25.1 percent responded that they have scaled back their talks and seminars.

Meanwhile, 12.8 percent said they have already quit and 40.3 percent answered they have not shared their memories at all. Only 19.1 responded that they will be able to continue their activities.

Many of the respondents who said they do not share any memories with others cited being too young to remember the bombings.

Asked about a 2017 treaty to ban nuclear arms that was endorsed by most U.N. members, only 45.2 percent consider it will lead to the abolition of the weapons. 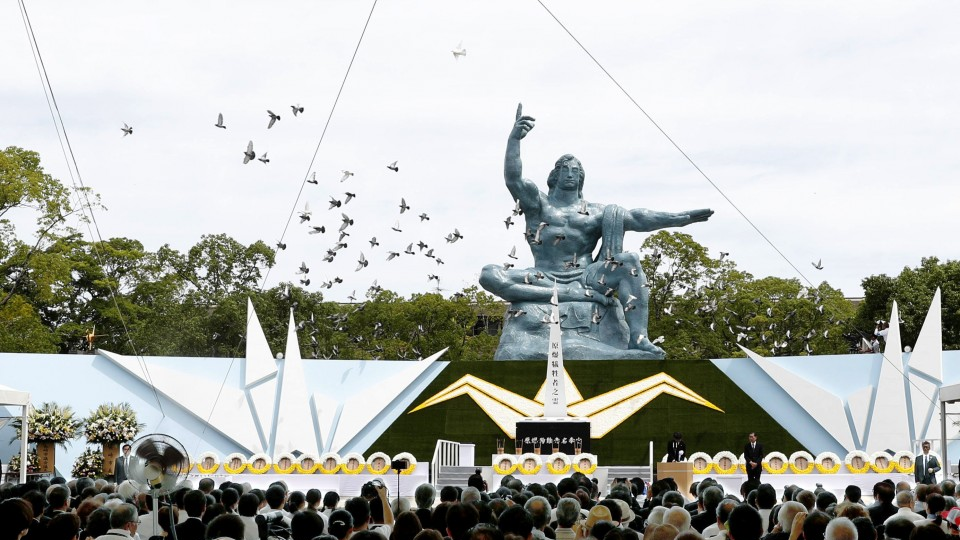 People attend a ceremony marking the 74th anniversary of the U.S. atomic bombing of Nagasaki, held in front of the Peace Statue at Peace Park in the southwestern Japan city on Aug. 9, 2019. (Kyodo)

Although not a simple comparison, it shows a sharp decline from a Kyodo News poll in 2018, which found that about 80 percent of atomic bomb survivors welcomed the treaty's approval.

Meanwhile, 46.5 percent said they think there is a "slight possibility" that nuclear weapons will be scrapped in the future, followed by 19.5 percent who said it is possible in the "far future."

In July 2017, the Treaty on the Prohibition of Nuclear Weapons was adopted. However, it was not backed by any of the five permanent members of the U.N. Security Council -- Britain, China, France, Russia and the United States -- all nuclear powers.

Japan, which relies on U.S. nuclear deterrence for its security, also did not sign it.

"The survivors will die out eventually. We will leave abolishing nuclear weapons to the next generation," said Shoji Tanaka, a 93-year-old survivor in the northeastern Japan city of Aomori. "I would like to see the nuclear weapon ban treaty taking effect and have force." 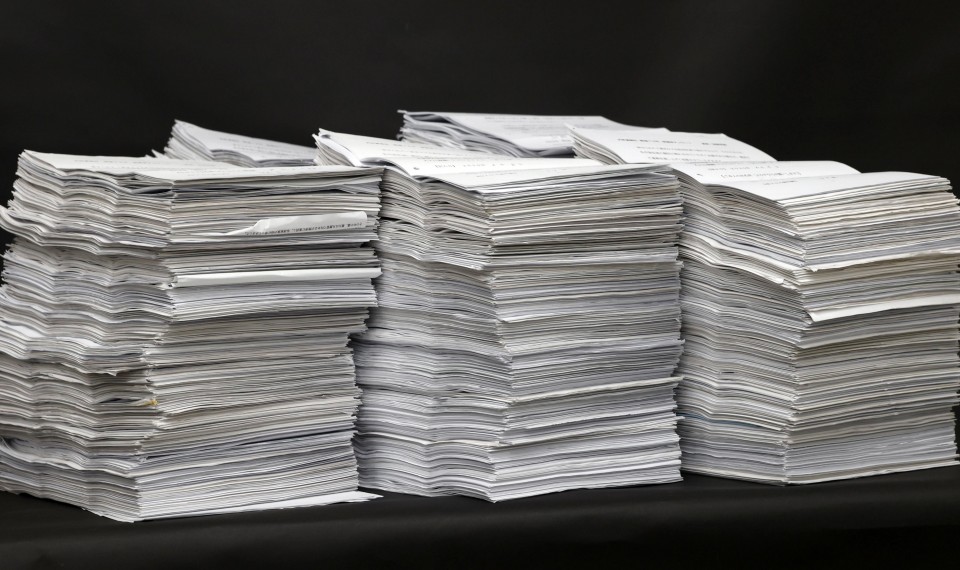