Atomic bombing survivor and peace advocate Setsuko Thurlow on Tuesday called for more countries to join a nuclear ban treaty so that the U.N.-adopted pact can enter into force at an early date.

In an online gathering hosted by Japanese nongovernmental organization Peace Boat, Thurlow, who survived the 1945 U.S. atomic bombing of Hiroshima at age 13, shared a vision of denuclearization and disarmament so as to prevent further tragedies. 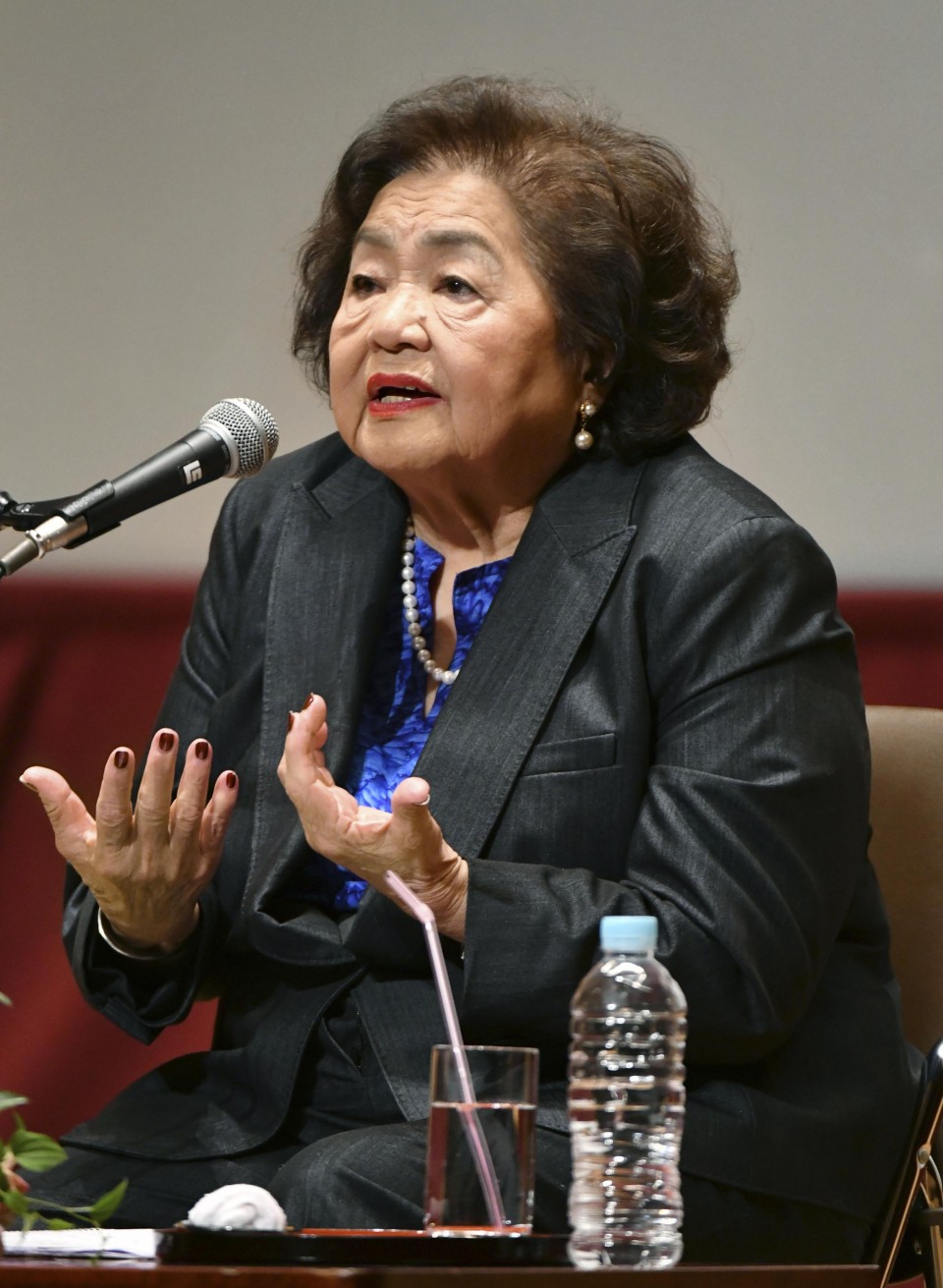 Setsuko Thurlow, a survivor of the 1945 U.S. atomic bombing in Hiroshima who made a speech at the 2017 Nobel Peace Prize award ceremony, speaks at a peace event in Hiroshima on Nov. 9, 2019. (Kyodo)

"That massive killing of human beings -- it is not acceptable behavior, it's totally illegal, and that's something we can avoid," Thurlow said. "Our resources should be to enrich human life, not to destroy our lives."

"Maybe I won't live long enough to see the total elimination of nuclear weapons, but it would be nice if that happened," she said.

Her speech comes ahead of the 75th anniversary of the nuclear bombings of Hiroshima and Nagasaki just days before Japan's surrender in World War II.

This year also marks the third anniversary of the adoption of the Treaty on the Prohibition of Nuclear Weapons in July 2017. "We can't just let it stand, doing nothing. We have to make it work by bringing in 12 more nations," Thurlow said, referring to the total of 38 countries that had ratified the pact as compared to the 50 required for it to enter into force.

Later in the day, Fiji completed the process of ratification, becoming the 39th country to do so.

But the potential effectiveness of the treaty remains uncertain as all five permanent members of the United Nations Security Council -- Britain, China, France, Russia and the United States, all of which possess nuclear weapons -- as well as Japan and others have declined to ratify the nuclear ban treaty.

A longtime resident of Canada, Thurlow has been actively involved in antinuclear movements, offering her personal account in English.

For her advocacy work with the International Campaign to Abolish Nuclear Weapons, or ICAN, Thurlow was one of the representatives who accepted the Nobel Peace Prize on behalf of the campaign in 2017.