Two Yomiuri Giants players have tested positive for the novel coronavirus, the Central League team announced Wednesday, but there were no indications from Nippon Professional Baseball that the news would affect its June 19 Opening Day.

Giants shortstop Hayato Sakamoto and catcher Takumi Oshiro are the first pro baseball players in Japan known to have tested positive for the pneumonia-causing virus since Hanshin Tigers pitcher Shintaro Fujinami and two teammates were infected in late March.

Neither of the Giants players, however, are believed to pose a high risk to others, the team said, citing medical experts.

Atsushi Ihara, NPB's secretary general, said, "Under the circumstances, I don't think this will have any effect on us." 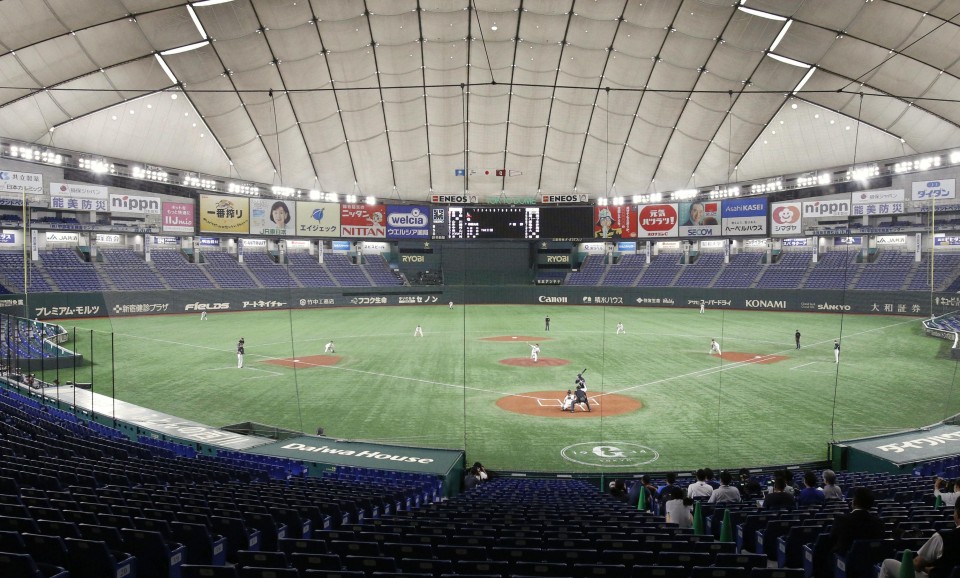 (A general view inside Tokyo Dome during a practice game betweet the Yomiuri Giants and the Seibu Lions on June 2, 2020)

On May 27, two days after the June 19 date was set, the Giants announced that roughly 220 people in the organization would be tested for coronavirus antibodies. Four of those tests, including those of Sakamoto and Oshiro came back positive and those four were given polymerase chain reaction tests Tuesday evening after a practice game against the Seibu Lions in which Oshiro caught.

According to the team, the PCR tests taken by Sakamoto and Oshiro both showed only traces of the coronavirus. Epidemiologist Mitsuo Kaku, who advised both NPB and pro soccer's J-League on how to deal with the virus threat, said the two were unlikely to pose an infection risk.

"The two players had recovered from their infections, and it appears a significant amount of time had passed," Kaku said. "For that reason it appears there is not a high risk they would expose others around them."

In order to limit further spread of the virus, the Giants canceled Wednesday's practice game against the Lions. The team also moved quickly to order everyone in the organization who came into contact with Sakamoto and Oshiro, including everyone involved with the first team, to have PCR tests by Thursday morning.

The Lions said they had no plan to have PCR testing done for their players and would go ahead with their practice and game schedule as planned.

Neither Sakamoto nor Oshiro have exhibited any symptoms but have been hospitalized so they can be re-tested. The club said it wants the players to rejoin their teammates once they test negative.

NPB started playing practice games Tuesday after settling on a June 19 starting date. A 143-game season that was to begin on March 20 has been shortened to 120 games due to the delay, with games to be initially held behind closed doors. 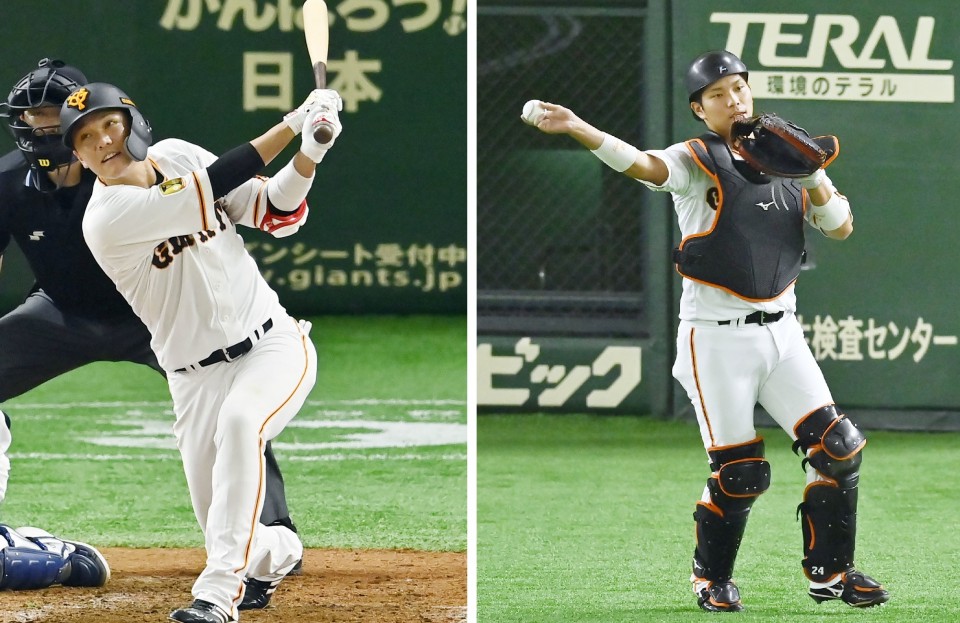