The LPGA of Japan Tour will kick off on June 25 behind closed doors with the Earth Mondahmin Cup, the Japan Ladies Professional Golfers' Association and tournament organizers announced Wednesday.

The four-day event played at Chiba's Camellia Hills Country Club, held entirely without spectators to prevent the spread of the coronavirus, will be the first women's event to be staged since March's season opener was called off due to the pandemic.

The association has already decided to cancel 19 of the 37 tournaments planned for this year, including three in July. It was announced earlier that the remaining events will be integrated into a single season with next year's calendar. 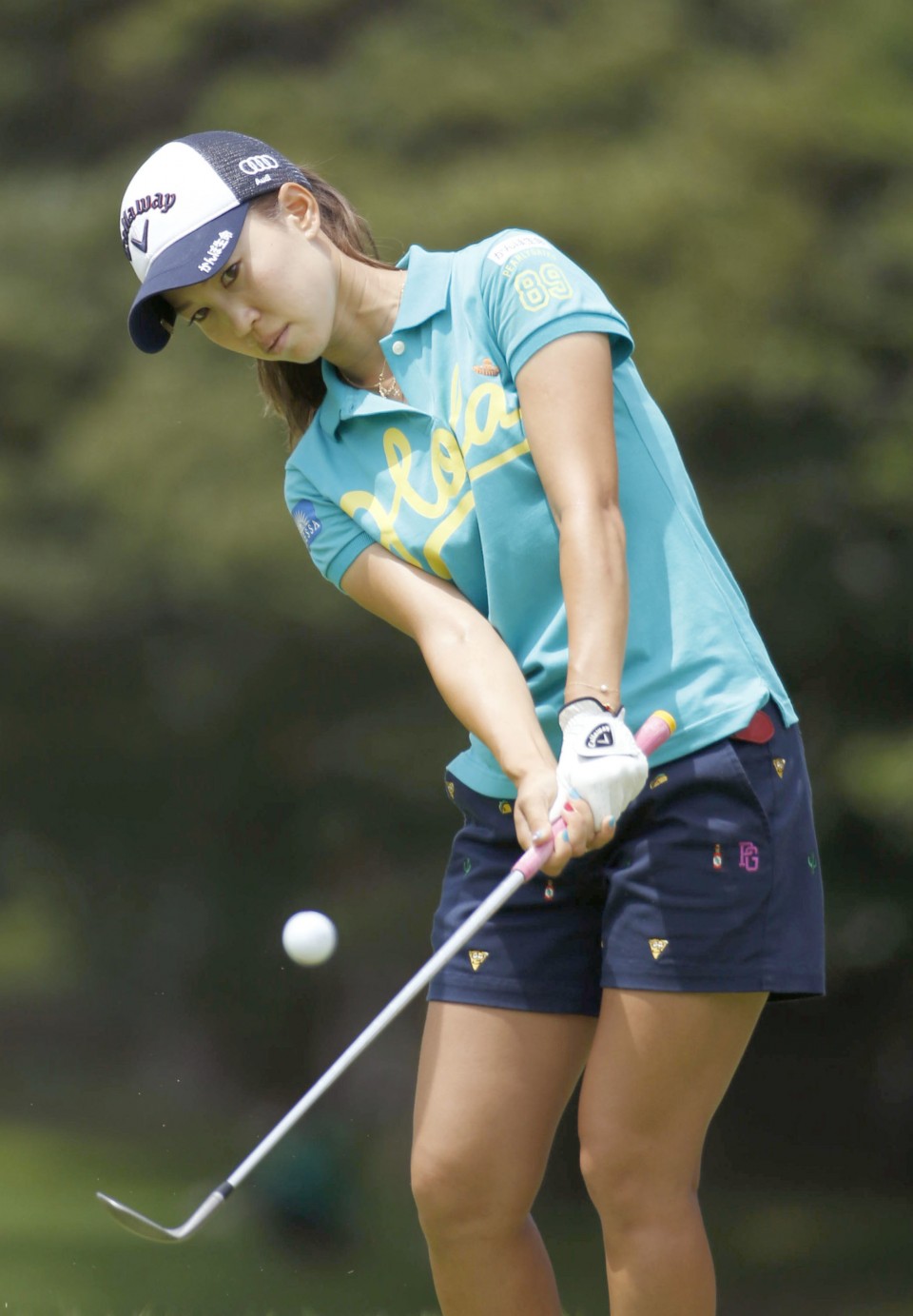 Momoko Ueda plays a shot during the final round of the 2015  Earth Mondahmin Cup. She finished tied for fourth. (Kyodo)

"Honestly, I'm glad. I can finally get back to my daily life," 15-time tour winner Momoko Ueda said during an online press conference.

"I have some anxiety but I want to make the best of the opportunity," she said. "It should be a tournament that can be used as a gauge for the tour."

All four rounds of the June 25-28 Earth Mondahmin Cup will be broadcast online.