Uehara thanked those who donated and said Monday she was grateful to all the athletes who had provided merchandise to raise funds. 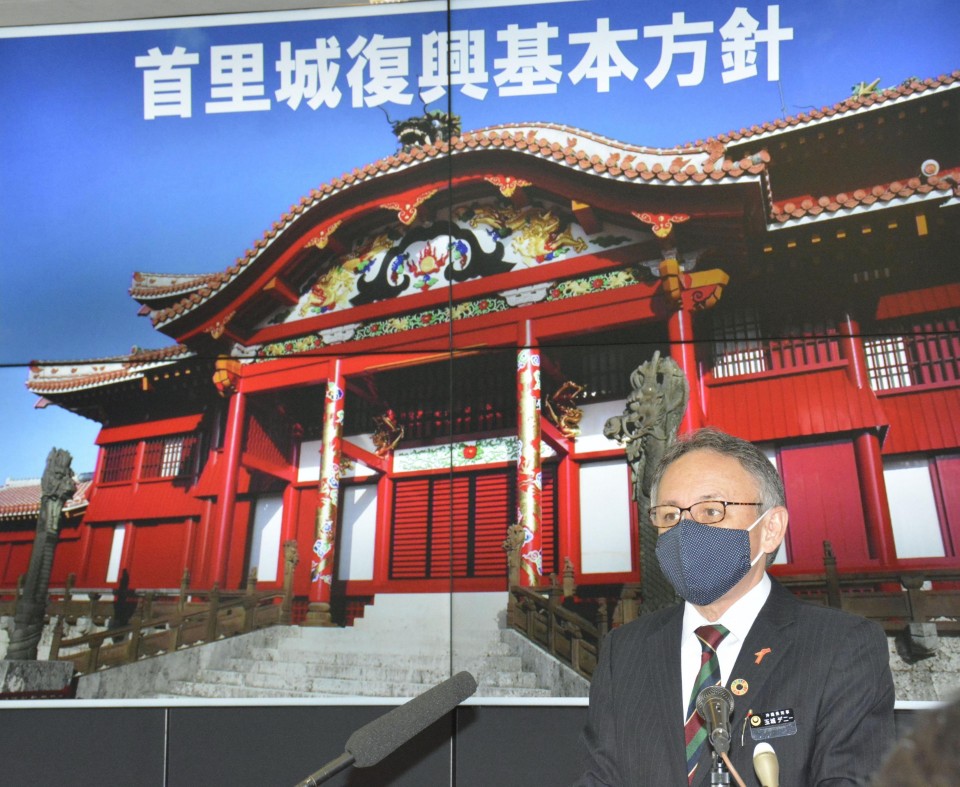 (Okinawa Gov. Denny Tamaki speaks at a press conference at his office in Naha, southern Japan, on April 24, 2020, about basic plans for the restoration of Shuri Castle destroyed in a fire on Oct. 31, 2019.)

"It was great to see the spirit of professional golfers from Okinawa come together as one and take action," Uehara said.

The main buildings of the castle, an Okinawan landmark located at a World Heritage site, were gutted by a fire on Oct. 31. A charity golf tournament planned for March was canceled due to the coronavirus pandemic, but donations were collected from golfers expected to take part.

Uehara has also donated over 1.7 million yen, including through sales of her calendar. The 36-year-old returned to Japan in March from the United States, where she plays most of her tournaments, and is practicing at her home in Okinawa.

"I'm doing what I can do now, and (after play resumes) I'll do my best so people can feel the charm of golf," Uehara said.

The Japanese government aims to restore Shuri Castle by 2026, after embarking on full-scale reconstruction in 2022. 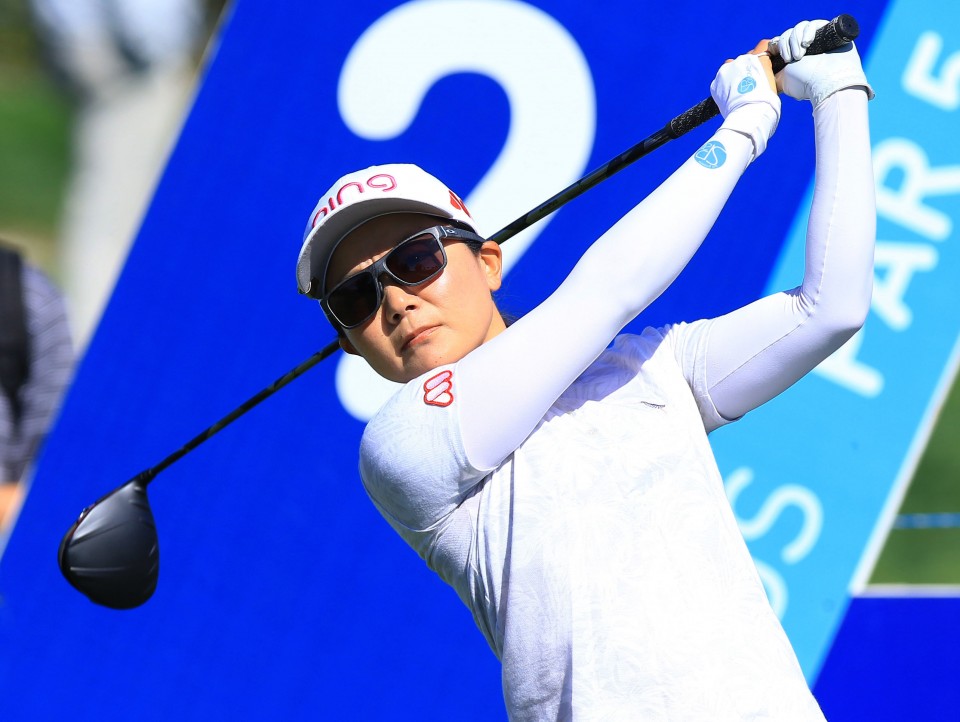